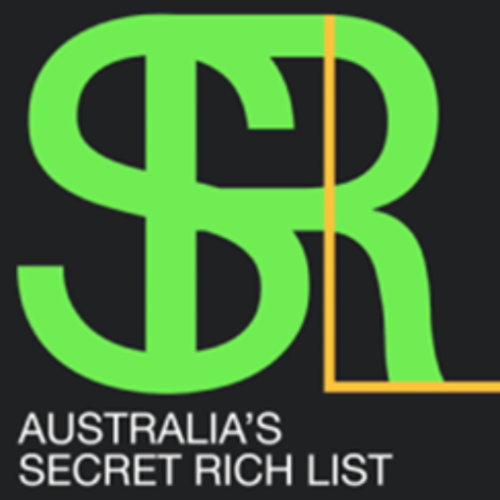 What are they trying to hide? This is the driving question behind our ‘Secret Rich List’ project at Michael West Media.

Our aim is to shine the spotlight on the 1,119 large proprietary companies that continue to enjoy a privileged exemption from having to lodge financial reports to the Australian Securities and Investments Commission (ASIC).

The Secret Rich List – One rule for the rich, another for the rest

What was issued as a “temporary measure” by the government of Paul Keating in 1995 has placed these companies above the law for more than 25 years. We believe it is in the public interest to end this outdated legislation once and for all.

Although ASIC defines the companies enjoying the exemption as grandfathered large proprietary companies, we prefer the term ‘Dark Companies’; it is a more fitting description of old wealth empires whose financial accounts are cloaked by this provision, shadowed from the public eye.

History of the 1995 grandfathering exemption

This grandfathering regime was issued in response to The First Corporate Law Simplification Act 1995, a 1995 amendment to the Corporations Law.

Before this amendment, whether a company had to prepare and lodge financial accounts with ASIC was determined by whether they were an exempt or non-exempt proprietary company (exempt meant the company did not have to publish accounts).

Under the First Corporate Law Simplification Act 1995 the measure of whether a company had to lodge financial accounts with ASIC changed from the reporting entity test (exempt/non-exempt system) to what became known as the ‘small/large test’.

If the company was considered a ‘large’ proprietary company, then it must lodge its accounts.

As of the law in 1995, an Australian proprietary company was ‘large’ if it satisfied two of the following three criteria:

The criteria for the small/large test has since been updated.

The new legislation meant that a significant number of previously exempt organisations now had to prepare and lodge their financial accounts.

The explanatory memorandum for the Bill notes: “To avoid disrupting established commercial arrangements, those existing exempt proprietary companies which have their annual accounts audited, which are large and which elect to continue operating under the existing rules, will not need to lodge their accounts with [ASIC].”

Thus was born the concept of the grandfathered list – or Secret Rich List as we like to call it. In 1995, it was home to more than 2,000 large proprietary companies.

Some 12 of the 1,119 Dark Companies are considered ‘significant global entities’ (SGE). An entity becomes an SGE if it fits at least one of the two following criteria:

These entities must prepare and lodge general purpose financial accounts with ASIC. This requirement is no different for the 12 SGEs on the Secret Rich List as their SGE status overrides the grandfathering exemption.

Using both the ASIC and Australian Electoral Commission (AEC) databases we have conducted more than 5,000 searches and counting.

Through the ASIC searches we have been able to collate the necessary information for every company on the grandfathered list, ranging from company directors, shareholders (both persons and organisations), a company’s auditor and much more. This has all been incorporated into our database, which is designed to map out these Dark Companies and tackle our driving question.

We also used the AEC database to generate an extensive list of political donations from these Dark Companies that date from the 1998-99 financial year to the present. We have designed a separate database for these figures, listing political donations from the entity itself, its directors and/or its shareholders. Each donation has been separated into recipient categories to better display the amounts funnelled to the Liberal and Labor parties and their constituencies.

The donations help indicate why the exemption, which ensures such a lack of transparency, has stood the test of time despite numerous attempts over the years from both sides of Parliament, the cross bench, the Greens, Treasury, corporate regulator ASIC and a joint parliamentary inquiry, which have all called for the exemption to be abolished. Both databases created by Michael West Media complement each other to bolster the narrative of the stories that follow.

The Vidors and Toga Group