A matter of discretion: politicians make their own rules on funding What lessons have been learnt in the wake of the funding rorts that have embroiled the Morrison government? Rosie Williams finds that the problem is worse than the most pessimistic assumptions.

More than a third of the 1000 or so Commonwealth Grant programs established since 2018 have been awarded by ministerial discretion alone, more than $7 billion worth.

I have been creating research tools which allow the public to explore government spending for the past decade at AusGov.info. These efforts currently focus on Commonwealth grants and now analyse the use of ministerial discretion in selecting recipients.

The data comes from grants.gov.au which is the whole-of-government repository that went online in January 2018, requiring all Commonwealth government agencies (aka Non-Corporate Commonwealth Entities) to regularly submit their most recent grants to that site for publication and as such, imposing a common set of fields and publication timetable across those grants.

Commonwealth tenders have been available in a similar repository for decades. It says something about the politicisation of grant administration that it took so long for such a uniform approach to be applied to grant decisions.

This is reflected in the lamentations of a 2008 Strategic Review of Discretionary Grants Programs commissioned by the Department of Finance:

Prior to the establishment of the grants repository, each agency published grants on their own sites, choosing what information to include or leave out (with some limitations) and in different formats and on different timetables. This made research on grants published prior to 2018 very difficult.

Grants made by the Entities constitute a small fraction of all grants and they are not required to report their grants in the same way as is required of government agencies. However recent changes have come into effect due to the Sport Australia scandal. Where ministers intervene in selecting grant recipients, those specific grant decisions must now also be reported to grants.gov.au.

Since 2018, grants made by government agencies (Non-Corporate Commonwealth Entities) number over 133,000, covering more than a thousand programs.

Grants can be awarded in different ways depending on the needs of the program but regardless of the selection process advertised, ministers can override that to direct grants to certain recipients. In addition to these sporadic interventions, there are also programs where every grant is made by ministers.

Just under a third of the programs published since 2018 have every grant decided by the minister and another sixth of that number were decided largely by a different process with some decisions overridden by ministers. The remainder and majority have no ministerial discretion reported for selection of recipients.

While the individual programs that ministers use to influence recipient decisions number in the hundreds, they account for less than 8.5% of the value of all grants. This still amounts to over 27,000 grants or nearly $7 billion in government spending since January 2018.

To put today’s grant-making into context, the 2008 Strategic Review came about as a result of concern over an ”explosion” in grant programs that took place between 2003 and 2007 which saw grant spending to mushroom from $494 million to $4.5 billion. In today’s money, that equates to a fraction of current grant spending. At the heart of the report is a concern with grant-making as a fit-for-purpose means of achieving policy aims.

The use of discretionary grant programs in an attempt to win seats has a long history. The 2020 scandal that embroiled Morrison government minister  Bridget McKenzie showing how few lessons were learnt after a similar episode featuring Ros Kelly in the mid-1990s under the ALP.

More recently, the 2012 High Court challenge to the funding of the National School Chaplaincy Program demonstrated that discretionary grant-making can be as legally questionable as it is politically motivated.

Echoing the 2008 concerns that discretionary grant-making is not an appropriate mechanism to fund policy without the scrutiny provided by authorising legislation, Williams v Commonwealth showed the dubious legal standing on which many grant programs had been funded.

These cases opened a can of worms for contracts worth billions of dollars. The government swiftly gaffer-taped over the yawning chasm of accountability with stop-gap legislation so these grant programs could continue. So where does this leave the use of ministerial discretion?

Having only grown in value and number over the decades, grant programs have become such a substantial part of governing that they have come to take over such administrative functions as cancelling eligibility for income support to job seekers. Such responsibilities granted to any organisation other than the government would have been unthinkable decades ago. This politicisation of government administration has become so uninhibited that the smell of our decaying principles is becoming too strong for comfort.

There seems to be a growing attitude at both the Commonwealth and state levels that ministers have complete discretion, particularly in relation to spending public money, and that there is nothing unlawful about them using governmental resources for personal or political gain. This, of course, is wrong. At the very least, such action will often breach administrative law requirements that govern the actions of decision-makers, but it will also sometimes breach the Constitution, statutory limits on ministerial power, finance laws, anti-corruption laws and codes of conduct for ministers and Members of Parliament.

With more than 40,000 organisations across the country now invested in receiving government funding through discretionary grants, successive governments have succeeded in embroiling a substantial sector of the economy in carrying out their policies. In one sense this could be viewed as a democratisation of government administration, devolving this power to non-government organisations.

It could also be viewed as the colonisation of community organisations by government, requiring organisations that were once expected to have independent voices to toe the government line, and in doing so, silencing dissent.

Set against this backdrop, I hope that providing the breakdown of grants by the decision-making process used to award each of them and the electorate of the organisation in receipt of each grant can empower both experts and the public with greater insight into how government funding is spent, providing much-needed transparency.

Regional grants: the pork is succulent in super-safe seats 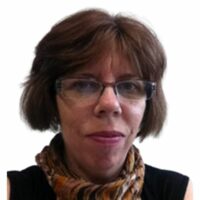 Rosie Williams (BA Sociology) is the founder of AusGov.info which tracks government grants.