Regional grants: the pork is succulent in super-safe seats 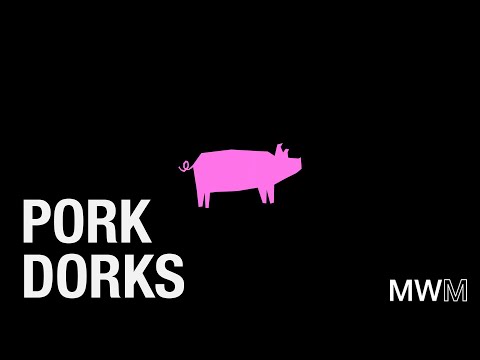 ”Magic” Mark Coulton and ”Not a little but a lot” David Littleproud have shown rare abilities in raiding the pork barrel. In the second part of his series, Jommy Tee examines the largesse being showered on two Coalition electorates as a result of substantial political interference.

David Littleproud and Mark Coulton sure have the Midas touch.

The two Coalition ministers, who sat on the secretive panel which awarded grants for the Building Better Regions Fund (BBRF – Round 4) ended up with an astonishing $26 million of funding. That funding that was taken away from recommended projects and redirected to non-recommended projects in the seats of Maranoa and Parkes.

Littleproud and Coulton, who represent the electorates of Maranoa and Parkes respectively, were part of the panel which determined the Round 4 BBRF grants.

These ministers certainly don’t need to do any vote-buying: Maranoa is the Coalition’s safest seat (on a margin of 25.4%), and it would take a 16.9 % swing for the Coalition to surrender Parkes at the 2022 election. No matter what Scott and Barnaby do to get up the noses of southerners, David and Mark are set for three more years in the house beside the lake.

The $26 million awarded in 14 grants for Maranoa and Parkes – against the advice of bureaucrats – represented close to half of the value of grants the panel promoted over those recommended by department. These grants also represented more than one-tenth of the total value ($207 million) of all Round 4 grants awarded.

Other members of the ministerial panel for Round 4 included National Party ministers Michael McCormack and Kevin Hogan (himself the recipient of a single grant worth $1.5 million that was promoted by the panel in his seat of Page), and Liberal Party ministers Simon Birmingham, Dan Tehan, Nola Marino, Jonathon Duniam, and Ben Morton.  McCormack, like he did in Round 3, chaired the Round 4 panel.  Also, as in the previous round a back channel to the Prime Minister’s office existed via the Prime Minister’s assistant minister, Ben Morton.

The BBRF is meant to be an open, competitive and merit based grants program. But MWM can exclusively reveal the level of political interference by the ministerial panel was substantial. In total the panel intervened to hand out 49 grants, worth $59 million, to applications from a departmental list of non-recommended projects.

The panel, in overturning the department’s recommendations, deliberately ditched superior and higher ranked applications to promote projects that scored and ranked lower.

The grant stacking by the ministerial panel demonstrated rampant interference in the selection process, wherein nearly a third of the overall funding of $207 million for Round 4 was redirected to non-recommended projects.

The vast bulk of the $59 million that the ministerial panel redirected away from more worthy grant applications went to National Party held seats. They plundered $42 million, leaving not much change for others.  For the record Liberal Party held seats had funding of $11.9 million redirected to them and Labor-held seats received the balance $5.5 million.

The significant skewing of funding to Coalition held seats is now an endemic feature of many grants programs – a process whereby ministers and their offices actively intervene in the selection process. It makes a mockery of the stated claims that grants are selected on the basis of merit.

MWM previously uncovered the extent of the political interference in round 3 of the BBRF, where, just ahead of the last election, 112 non-recommended grants worth $105 million were redirected to marginal seats and pet projects.

In a case of deja vu, Round 4 of the BBRF – conducted after the federal election – saw a newly convened ministerial panel overturning departmental recommendations and grant stacking, this time almost exclusively in National Party held seats.

Correspondence dated August 16, 2020, from the chair of the panel, McCormack, to the then finance minister, Mathias Cormann, stated that the panel signed off on 31 grants in the electorates of panel members. The letter was released under FOI following a request for access by the ABC. The letter redacted the list of projects that the panel had interfered in.

It is unclear whether ministers recused themselves when they awarded grants going to their own electorates.

Unfortunately, every grant the panel overturned meant that a stronger more worthy application had its chances of success squashed by the jiggery-pokery of political opportunism.

In Round 4, the first round after the 2019 election, only a single grant was redirected to a marginal seat, compared to the 49 grants in Round 3.

The focus of the ministerial panel’s attention in Round 3 was clearly on overturning departmental recommendations for blatant political exploitation and electioneering.

The Round 4 focus appears to have been deliberate grant stacking with the funding round being a National Party free-for-all where the panel indulged in the deadly sin of grant gluttony.

The total funding delivered under Rounds 3 and 4 of the program was $411 million.  The ministers across those rounds overturned 161 recommended projects and promoted grants worth $165 million in their stead.

Many deserving applicants who missed out on a grant have every right to feel dudded.

The Australian National Audit Office is currently investigating the BBRF and is due to hand down a report in May 2022, when the next election is likely to be held.