The intoxicating fall of Malcolm Turnbull: a Shakespearean tragedy played out in the Antipodes Former gun reporter and star of ‘Dads on Air‘, John Stapleton, with alter ego, old Alex, looks back on the Turnbull era as the critical turning point in our country’s self-immolation.

EVERY DOG has its day.

And the most disappointing Prime Minister in Australian history certainly had his.

The intoxicating fall of Malcolm Turnbull was a transfixing, delightful spectacle; a Shakespearean tragedy played out in the Antipodes.

And no, the good guys did not win. There were no good guys, so collapsed the polity.

If you wanted to leave an Australian speechless, all you had to do was ask:

“Which politician currently in parliament do you admire?”

The robber barons destroying the country won; but the seedbeds of revolution were everywhere sown. Just as history began looking back on the prime-ministership of conservative icon John Howard as the period when the keys for the destruction of Australian democracy were initially installed, so, too, would it look back on the Turnbull era as a critical turning point in the country’s self-immolation.

In *Alex’s waking dreams the food riots of the future were already breaking into the present.

But he had much to be grateful for in the spectacular demise of Malcolm Turnbull.

There was an armada of pundits droning on about the minutiae of Australian political life; but as the train crash began, none were predicting the fall of yet another Prime Minister.

Old Alex started pestering the editor he normally dealt with, telling him the leadership was in play and he wanted to write a story titled “The Many Lows of Malcolm Turnbull’s Prime-Ministership.”

The usual acres of dreary analysis could be left to their political reporters, he was on an attack vector.

“Too negative,” he was told when he submitted the first draft. “Needs to be more balanced.”

That was as anodyne as the national broadcaster’s slogan “Join the Conversation”; as in, let’s offend nobody and we’ll all be happy. You can go on screwing us. All we’ll do is smile. And join the conversation.

While the journalists who should have been the watchdogs of democracy were missing in action.

Alex came not to praise but to bury.

None of his news outlet’s bevy of political reporters had sprung to the fact the leadership was in play, and the editor kept demanding: “How do you know?”

He knew. He struggled to explain how.

Although his initial instincts were confirmed by contacts, in a sense it was a simple matter of pattern recognition.

So outlandish was one of Turnbull’s cash grabs in his dying days that Alex could not help but be reminded of John Howard’s behaviour in the final throes of his prime-ministership. But more of that in a moment.

In terms of flogging the story, Alex was “shoving it uphill”, as the rather crude Australian expression went. He was forced to rewrite the story three times, and still they wouldn’t run it.  And he didn’t get paid if the story didn’t run.

Which was the exact point in time when he thought “bugger this”, and set up his own publication, A Sense of Place Magazine.

Medium, a platform replete with the most beautiful publishing software he had ever used, was designed by the creators of Twitter with the aim of revolutionising the publishing industry.

And Old Alex leapt at the opportunities the new technologies offered.

A lifetime of jumping through hoops to please an endless conga line of editors and chiefs-of-staff dancing in turn to the concerns of their masters was over.

Ideas are lethal. They don’t have to do well on click rates to reach their target. They can be a poisonous arrow through complex circumstance, straight to the heart.

Incensed by the duplicity of the nation’s politicians and the dismal state of the nation’s media, in the final days of that cold-to-the-bones winter Old Alex sat and pounded out a thousand words a day; a strangely electrified clarion bird pecking away furiously at a keyboard through the early hours of the morning. Nine days later Turnbull’s reign was over.

And he never went back to pestering editors half his age, trying to convince them a story really was a story. He had his own outlet now, and that in itself was transformative. He could walk away from a piece knowing he had done his very best. Not just the usual: churn out copy, press the send button, hope it got past the sticky fingers and corporate or political interests of newspaper editors and onto the page, and try, most of all, not to care.

The current scandal had many progenitors; but the best of them Involved both the current and a former prime minister, along with media mogul Rupert Murdoch’s family.

Just before his own humiliating dismissal by the electorate back in 2007, becoming only the second sitting Prime Minister in Australian history to lose his seat, Liberal Party scion John Howard gifted millions in a grant to the Australian Rain Corporation, a company part-owned by Matt Handbury, who just happened to be Rupert Murdoch’s nephew.

The grant application, whose worthiness was entirely unclear, had been mouldering in bureaucratic process until it did become clear to Howard that he would not be re-elected; and whammo, millions were hived from the public purse.

Thanks to circumstances which are nobody’s business, Old Alex just happened to know Matt, a very amiable multi-millionaire. one of Sydney’s most precocious characters, and a mate of Turnbull’s.

Years before, for reasons Alex never understood, Matt made absolutely sure he was aware of the details behind the scandal, information to be stored away and used at a later date; also part of a strange synchronicity running through his own life straight to the demise of Turnbull. As if even here in suburbia time was collapsing.

The scandal barely made it into the public consciousness or the mainstream media, but was duly recorded on numerous blogs.

The anti-corruption website Kangaroo Court of Australia predicted that Turnbull’s $11 million donation “scam” to his friend would come back to haunt him.

Adding sweet irony, Malcolm Turnbull was recently on record calling for “an urgent need for honesty in politics.”

Before Malcolm starts preaching he needs to have a good look at himself. Mr Turnbull has refused to answer a number of questions in relation to a grant he gave when he was Environment Minister in the Howard government to his friend Matt Handbury.

Mr Turnbull’s electorate fund-raising is done through an organisation he set up in 2007 called the Wentworth Forum …. regarded as the country’s most sophisticated political fund-raising machine.

Matt Handbury was one of the donors to Mr Turnbull’s Wentworth Forum.

Before the 2007 election and two weeks after the election was called Malcolm Turnbull announced that the government would spend $11 million funding a trial of rainfall technology. The company in question was Australian Rain Corporation which was then part owned by Matt Handbury.

The so-called ionisation enhancement technology being pushed by Australian Rain uses a different method to traditional cloud seeding. Instead a metallic array is built on the ground, usually in pyramidic shapes, to generate electrically charged atoms known as ions. These ions shift naturally up through the atmosphere via wind and air currents, attaching themselves to floating dust known technically as aerosols.

Once the charged aerosols reach the clouds, water condenses around them, and it begins to rain.

Critics claimed it simply didn’t work and was based on bogus science. Incoming Climate and Water Minister Penny Wong cancelled the grant, but not before $5 million of public monies had been spent.

Turnbull ignored the advice and decided a much larger grant should be provided to his friend and neighbour.

Turnbull wrote to John Howard requesting some five times the recommended amount on October 15 – the day after the election was called.

As Oakes recorded: “Howard wrote back approving it the same day. Clearly the reason for the rush was that the ‘caretaker’ period, during which no new government decisions can be taken, was to begin with the dissolution of parliament on October 17.”

Thousands of worthy grant applications moulder within Australian departmental and bureaucratic systems, often for years on end. Few are successful. It clearly helps to be a donor to the Liberal Party, a mate of Turnbull’s and a nephew of the country’s most powerful media mogul.

That someone had to go to work in a factory or drive a truck or sit in an office all day in order to pay taxes to fund this unconscionable largesse between multi-millionaires was lost in the slipstream of Australian public life.

That didn’t mean it didn’t stink to high heaven.

Just as egregiously, and one of the reasons Old Alex knew the Prime Minister was in his dying days, Turnbull gifted without any due process whatsoever some $444 million to his mates in a so-called environmental foundation with close links to the mining industry.

There could hardly be a more blatant plundering of the public purse; akin to stealing the candelabras as you are tossed into the street.

Were these really the actions of a man who expected to stay long in office?

Every crown comes with a guillotine. Turnbull has made his own.

Even in Australia’s gutted media there were squawks of outrage.

Columnist Paul Murray at The West Australian wrote that he had spent days trying to find the method behind Malcolm Turnbull’s madness in giving nearly half a billion dollars of taxpayers’ money to a six-person private charity.

The underlying ideology seems to be an attempt to use public funds to leverage a massive effort by corporate Australia into a noble task: saving the Great Barrier Reef.

But that is obscured by the ham-fisted, naive and potentially dangerous way the Prime Minister personally went about the biggest single grant in Australian history.

You’ve got to be completely cack-handed politically to turn the ultimate environmental motherhood statement into something that looks so dodgy.

Well there was method. It was just so blatant few could believe it.

Among the revelations surrounding the grant were that the Foundation had not applied for any funds. The money, Australian taxpayers’ money, was offered to the chairman John Schubert at a meeting with Turnbull and Environment Minister Josh Frydenberg on April 9 of 2018 with no public servants attending, and the usual tender process waived.

The entire $444 million was paid to the foundation in one lump sum.

In the parallel universe of Australian politics, Frydenberg would soon enough become the nation’s Treasurer.

Rotten to the core.

*Old Alex, a character in the author’s recent series of books on Australia, is a dishevelled retired reporter who bears a remarkable resemblance to the author, once universally known in Sydney’s newspaper world as “Stapo”. The term “Old Alex” can also be viewed as a literary device to get around the draconian laws introduced by the Coalition with the intention of making it extremely difficult if not illegal for journalists to write about their own surveillance; a part of the government’s assault on free speech and a way to cover up their own malfeasance. 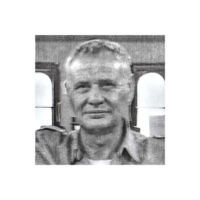 John Stapleton worked as a staff reporter on The Sydney Morning Herald and The Australian for more than 20 years. His books include Thailand: Deadly Destination and Terror in Australia: Workers' Paradise Lost. Currently edits A Sense of Place Magazine.