East Timorese demand a fair share of the resources in the Timor Gap. Picture: SBS

The Attorney General is waging war against lawyer Bernard Collaery and his client in pushing the line that the sky will fall in if the Commonwealth has to admit in open court that ASIS bugged Timor-Leste. Yet the allegation has been widely noted in hundreds of reports over many years, including by the International Court of Justice, and nobody seems in any doubt it is true. Lawyer Ian Cunliffe reports on the latest judgment in the saga that has cost taxpayers nearly $2.5 million before the trial has even started.
It took a revelation in Parliament by Independent MP Andrew Wilkie in late 2018 for Australians to find out that federal Attorney-General Christian Porter had authorised a criminal prosecution against former ACT Attorney-General and Deputy Chief Minister Bernard Collaery and Witness K over the leaking of information that in 2004 Australia had bugged the Cabinet office of tiny Timor-Leste.

Australia did so to enable it to eavesdrop on the Timorese as they prepared for negotiation sessions with Australia over the massive liquid gas resources in the Timor Sea. Despite Porter’s best efforts to keep the prosecution secret, most interested Australians are now aware of this David and Goliath battle in the Supreme Court of the ACT.

To date there have been seven judgments on preliminary aspects of the case.

The most recent judgment became public in late July, a whole month after Justice David Mossop ruled for Christian Porter that essential parts of Collaery’s criminal trial would be held in secret.

Normally judgments go up on a court’s public website the day they are handed down – transparency being a key aspect of the rule of law and justice must be seen to be done and all that.

Porter had sought rulings from the Supreme Court that much of the trial should be held in secret. The month-long delay in posting the decision had apparently been a result of the prosecution vetting the judgment and saying what parts of it should not be published.

Porter has invested a great deal in prosecuting Collaery and doing so out of the public gaze. Nearly $2.5 million has been spent on legal costs yet the trial is still a long way off.

Reputationally, Porter has much on the line as well. In pushing so strongly for a largely secret trial, Porter gave evidence that disclosure of information during the trial was “likely to prejudice national security”.

He channelled Henny Penny, Ducky Lucky, Goosey Loosey, Turkey Lurkey and all the rest of the characters in Chicken Little (AKA the heads of ASIS, ASIO, the Office of National Assessments (ONA), the Department of Homeland Security, and the Department of Foreign Affairs and Trade, ASIO’s Deputy Director, and a former head of ONA) to give evidence that the sky would surely fall down if the Commonwealth had to admit in open court that ASIS bugged Timor-Leste.

This is despite the fact that the bugging allegation has been widely reported over the years. In fact, Justice Mossop noted evidence that more than 600 media reports, publications and records of the International Court of Justice referred to the allegations. Four of the five charges against Collaery are for reports broadcast on ABC programs including 7.30 and Four Corners, which are still available on the web.

Nobody seems to be in any doubt that the allegation is true: under the guise of refurbishing the Cabinet room through an aid program, the Australian Secret Intelligence Service, with the approval of the Australian Government, bugged the aid recipients all the better to screw them in the resource negotiations.

Former East Timor presidents Xanana Gusmao and Jose Ramos Horta also gave evidence for Collaery’s bid for the trial to be in public. It is particularly remarkable that the judge ruled that it was too sensitive for Australians to know that Gusmao and Horta did not consider relations between Timor-Leste and Australia would be prejudiced by the world knowing Australia bugged their Cabinet room.

Yet the judge agreed with Porter’s crowd and made orders for secrecy. Open trials have always been a foundation stone of the Australian criminal justice system as they are a key way to maintain public confidence in the system.

Justice Mossop’s conclusion that secrecy was required seems remarkably insipid and unconvincing. He said the risk of prejudice to Australia’s national security “is neither immediate nor catastrophic”, and that it was not possible to determine “precisely how those risks will manifest themselves”.

He said that any reputational harm from the trial being largely secret would be discounted by “the general perception that Australia has an independent and fair judiciary”. Yet that very reputation is being seriously tested by Canberra’s secret trials.

He also acknowledged there was a risk that a government might assert concerns about national security to avoid being embarrassed politically or to avoid legitimate scrutiny of its conduct. But the judge did not say why that risk should not lead to a different result on secrecy.

Yet Justice Mossop seems to have applied the wrong legal test. He stated the question was whether there would be “a risk of prejudice to national security” if the trial was held in public. But that was not the question he was required to decide. The proper question was whether openness was “likely to prejudice national security” which the judge himself acknowledged required a higher threshold.

Allowing the prosecutor a lower threshold than the Intelligence Services Act stipulates in relation to the very serious offences which Bernard Collaery is facing is likely to be an appeal point.

When Andrew Wilkie revealed the prosecution of Collaery all those years ago, Wilkie argued that senior government officials were the “real criminals — the people who ordered the illegal bugging”, and that they should be investigated by the Australian Federal Police. That appears not to have happened. Therefore Bernard Collaery and Witness K are in the dock and not Alexander Downer and John Howard. 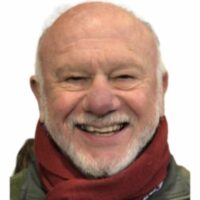