The hysteria over the Victorian government’s MoU with China’s Belt and Road Initiative shows a disturbing lack of understanding of the project by media commentators, academics and some MPs, writes Colin Heseltine.

Victoria’s memorandum of understanding with China’s BRI is likely to be the first test of the recently enacted Foreign Relations Bill. The federal government’s response could have huge consequences for this nation’s economic future, especially given that the Australia-China relationship is at its lowest point since diplomatic relations began in 1972.

Unfortunately, the opposition to the MoU from media commentators, academics and some MPs has reached fever pitch. That they believe it undermines Australia’s national security and foreign policy shows how fundamentally they misunderstand the whole BRI project.

If the government repudiates the MoU it will not only further worsen relations with China, but it will mean turning our back on potentially massive economic opportunities.

And Australian businesses and the economy, and by extension, the Australian people, will pay a high price.

The MoU is symbolic

But first to the MoU. It is a general non-binding document that doesn’t commit Victoria to any specific project. It merely provides a framework for Victorian firms to participate in BRI projects. Projects that involved Chinese investment in Australia would require Foreign Investment Review Board consideration and federal government approval. The Australian government has in the past welcomed Australian companies’ involvement in BRI.

Even if the MoU were repudiated, this would not stop the Victorian government and companies from participating in BRI projects. In other words, the MoU has symbolic, but little practical, importance.

The BRI is an extension of China’s development strategy that originated in the 1990s to promote economic activity in China’s western regions. First announced by Xi Jinping in 2013, the BRI began as a kind of badging exercise linking infrastructure projects in western China and beyond. Significantly no central government agency was set up to manage BRI, and the participating agencies were mostly economic ones, with limited involvement from the foreign ministry and/or national security agencies.

A key part of the BRI was to move excess industrial capacity into China’s western regions and across its borders through central Asia and Asia Minor, and on to Europe (the “belt”). The maritime component, through the South China Sea and the Indian Ocean, was the “road” and it included Australia. (More information is available here on the Belt and Road Initiative).

Australia’s main criticism has been that China is implementing a geostrategic plan to dominate the globe. While China will be extremely influential in the BRI, the country will not have things all its own way. There are numerous sovereign independent countries along the route, all with their own interests and agendas. Regardless, whether it is through the BRI, or a similar concept, the Eurasian land mass will, in time, become a massive economic powerhouse.

And for a geographic outlier such as Australia, rather than being a threat to our national security, BRI offers huge economic opportunities – a chance to integrate our economy into Eurasian development. Rather than turning our back on BRI at this early but important stage, we should be looking for positive ways to work with China.

The intense opposition in Australia to BRI, and to the memorandum of understanding in particular, is emblematic of the over-charged and emotional reaction in Australia to many recent policy decisions taken by China that one might normally expect a rising great power to take.

The anti-China hawks, including some MPs, view China as a strategic competitor and therefore support containment of it. For them, the economic pain is a necessary price to pay to preserve what they see as our values and sovereignty.

For many Australians, though, the question is how to maintain a constructive relationship with our largest trading partner while at the same time ensuring our national security. Unfortunately, there is no clear answer.

In seeking a way out of the current mess, it is necessary to understand how we got into it. The Australian Government’s narrative is that China changed into a more aggressive and assertive power after 2012 and that the downturn in relations is all China’s fault. China, of course, argues that Australia is to blame. China’s rise has led it to more assertive actions, both domestically and externally.

An insecure China is hyper-sensitive, but all too often, Australia has resorted to megaphone diplomacy. Meanwhile, Australia has no clear strategy setting out where the national interest lies in confronting China on so many issues, other than vague statements about defending our values and principles, none of which appears greatly threatened.

It is hard to see a way forward for Australia, such is the extent of the damage. Well-meaning people have suggested we use business back channels with China or send a respected envoy there to seek a resolution.

But these proposals misunderstand how China works. China’s decision to punish Australia has been made at the highest level, so lower-level negotiation is simply not a starter. A Biden Administration might offer a small hope of a reset in US-China relations that could benefit Australia but no one should be holding their breath on this.

Short of a significant change in approach by either China or Australia, which is highly unlikely, we must expect that relations will remain in a poor state for a long period, with continuing economic losses for Australian businesses.

A good start to reversing the downward spiral in bilateral relations would be to avoid overturning the Victorian MoU but to issue a statement at some point making it clear that BRI projects in Australia would not be approved unless they strictly complied with foreign investment laws and guidelines.

And dial down the megaphone diplomacy. 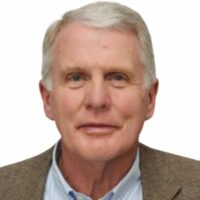