Why honest investors are losing out on the stock market Insider trading, market manipulation, “pumping and dumping”. It’s a day in the life of the ASX writes investor Ben Pauley. Myriad complaints to the regulators however, backed up by evidence, have fallen on deaf ears.

IT WAS September 2015 and Origin Energy had just fallen 15 per cent in a week for seemingly no reason. Although the share price had been falling for a long time due to declining oil prices, it was unexpected for a blue chip stock of this size to fall so much in a week.

Seeing this as an opportune time to buy, this investor took the plunge with a sizeable stake in my portfolio. A few days later, the reason for the fall was announced — a capital raising.  I was gutted. This was not the first time this had happened to me and it was starting to depress me.

When I first took to investing in the ASX, I was following my father who taught me it was an honourable profession. Do the research on companies, don’t listen to what others are saying and watch out for shark directors who want to steal your money —  this was his most valuable advice. What I found though was things had changed from the time he started investing. Now algorithms were controlling the market and the genuine investors were finding it harder to earn an income. The sharks were better at rigging the game and the regulators seemed to be asleep at the wheel.

The main purpose of the stock market is to allow companies the ability to raise capital when needed to seize opportunities when they arise and to steer out of any financial troubles. Before algorithms and investment bank giants took over, it was more often than not beneficial to shareholders to be involved in a capital raising because it would always be at a discount to the share price. They could buy cheaper shares and that money could be used for the company which would often then prosper under good management. Shareholders were usually happy to invest in them.

Fast forward to today where capital raisings are undermined by insider trading, share price manipulation and cartel-like behaviour by the investment bank giants. The Origin Energy capital raising was a classic case of all three.

The Origin Board of Directors decided to use Goldman Sachs (GS) to underwrite the capital raising. This meant that any of the new shares made available that were not purchased by existing shareholders were then bought by GS at the same heavily discounted price.

GS had knowledge of the coming capital raising months in advance. I have proof beyond doubt that they then informed other investment banks about it and these investment banks then short sold shares in the few weeks prior to the announcement. Short selling is selling shares they do not own, shares they borrowed and it is mostly done to destroy a share price or profit from insider trading.

It defies logic that short selling is even allowed given that it represents an abuse of “other people’s” property whereby the real owners of shares are mostly unaware that their shares have been lent out and that the value of their investments have been put risk in this way.

Another resource stock, Arrium was struggling with debt because of a falling iron ore price. Its Board took the decision to raise capital at a heavily discounted price and, if successful, the share price would have recovered strongly and with today’s iron ore prices the share price should have tripled. A capital raise would have been a minor speed bump on the company’s long journey.

Unfortunately, short sellers sabotaged the raising by manipulating the share price so aggressively that within the first day of trading the share price had fallen below that of the capital raise. Nobody in their right mind would buy shares at a higher price than the current share price. The capital raise failed because of those investment banks who shorted it and Arrium eventually went into administration leaving many mums and dads in financial ruin.

Turn now to the speculative end of the market where up and coming ASX stocks are always looking for fresh capital to inject into their businesses. One of the most frequent ways to raise is for brokers attached to the company raising money through their contacts in the industry. These contacts are referred to as “sophisticated investors” (sophs) by the ASX. Unfortunately again, the way it is done gives rise to many cases of wrongdoing.

Instead of allowing the long term shareholders to participate in the raise, the discounted shares are offered first to these “sophs” who then use the trading forum Hot Copper to pump up their own stocks by writing favourable things about the company. At the same time, they are pumping their own stocks, they are selling their own shares which they just purchased at the discounted price. Many of these companies turn out to be outright shams.

Stock Swami (@stockswami) is a Twitter identity who has exposed dozens of these “pump and dump” scams done by brokers, crooked boards and sophs. Not only that, it appears that Hot Copper’s own moderators appear to be doing the pumping. In many cases, when someone is exposed on Hot Copper,  the person who did the exposing is suspended.  The reality is that Hot Copper is run by brokers and gives the green light for this kind of behaviour.

$ASX and @asicmedia and the Australian Gov, know the prevalence of Pump and Dump schemes but apart from a one page web page detailing pumps and dumps, how proactive are they in protecting aussie retail investors?https://t.co/WdzBQ0Obwf

In more legitimate companies, a share placement plan is done to raise capital. Usually, this means that every shareholder is allowed to purchase $15,000 at a discounted price. It sounds fair but analysis of share registers shows that there are people rorting this system.

Automated trading programs which allow people to purchase one single share in a company have been used by some to purchase one share in multiple companies. In one register, I found 30 different company names all with the same address all owning only one share. Such a person could purchase up to $450,000 in a share purchase plan. This same person was found in all five registers that I checked, I can assume, therefore, that he can participate in every ASX Share Purchase Plan and he is doing quite well out of it.

Such ways of making money from capital raisings on the ASX are all illegal or unethical but all are given the green light by both the ASX and the regulator ASIC. Honest investors are losing out and the crooks are making a killing. 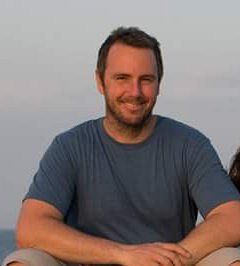 Benjamin John Pauley obtained a degree in Natural Resource Management from University of WA before going to work for three years in the WA prison service. He left that job to pursue a career investing in the stockmarket. Ben believes in equality and holding corporate criminals to account. You can follow Ben on Twitter @end_share. 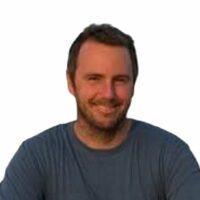 Benjamin John Pauley obtained a degree in Natural Resource Management from University of WA before going to work for three years in the WA prison service. He left that job to pursue a career investing in the stockmarket. Ben believes in equality and holding corporate criminals to account.