Raratonga, the Cook Island where Origin has its Cook office

When is a sale not a sale? When it’s an Origin Energy sale. Gas giant ConocoPhillips bought an $8 billion stake in a CSG to LNPG terminal from Origin Energy but here’s the thing, Origin didn’t actually sell it. At least that is what Origin claims.

How can you not sell an asset for which somebody paid you almost $8 billion – $6.9 billion in cash and $1.15 billion in other contractual benefits?

With the help of some devious advice from the financial engineering gurus at a leading Australian investment bank and Big Four accounting firm, that’s how.

Detailed questions were put to Origin for this story and a spokesperson responded with this statement:

“Origin is a proud Australian taxpayer and publicly discloses our taxation each year in our Tax Transparency Report and Tax Contribution Report, both of which are available on our website. Our transactions are a matter of public record.”

But what about this $6.9 billion in cash and $1.15 billion in other contractual benefits Origin received? In its 2009 annual report, Origin books a profit of $7.4 billion on the transaction and a tax expense of $702 million, an effective tax rate of less than 9.5 per cent. 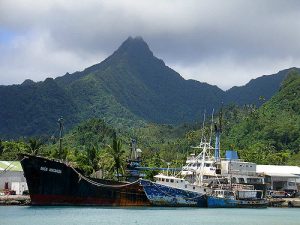 Origin told the Senate’s Inquiry into Corporate Tax Avoidance in 2015 that the shares it issued (ergo, not a sale) in its Australia Pacific LNG (APLNG) to ConocoPhillips resulted in an “unrealised gain” and that it would pay tax on this “unrealised gain” if Origin ever disposed of its shares in APLNG.

However, the gas giant does not deem this $8 billion gain as being “unrealised” anywhere else besides its testimony to the Senate. In fact, Origin’s 2009  annual report highlights the fact that it received $6.9 billion in cash.  Hardly unrealised.  michaelwest.com.au understands from sources close to the transactions that the Tax Office was not happy about Origin’s not-a-sale sale and investigated the deal but decided, after taking external advice, that the chances of striking the tax structure down in court were not strong enough to warrant the cost of litigation.

This is so often the case with big tax avoidance structures. The ATO weighs up its options, knowing that it does not have the resources to chase any but the most egregious transactions such as Chevron’s debt shenanigans. The costs and risks of litigation are high.

Although Origin told the Senate the gain from the ConocoPhillips deal was an “unrealised gain” it doesn’t deem it to be unrealised elsewhere.

Apart from the fact of getting almost $8 billion, Origin refers to its not-a-sale sale as a “transaction”, a “dilution”, a “divestment” even “monetisation” but not a sale. In fact, the transaction was elaborately structured to avoid there being a disposal of shares in LPNG or of assets in LPNG in order that income tax be largely avoided on the profit.

Origin received $8b billion for disposing of a 50 per cent interest in its subsidiary LPNG to ConocoPhillips: $6.9 billion in cash and $1.15 billion in free-carry interest. It recorded a pre-tax accounting profit of $7.385 billion in 2009 and a tax expense of $707 million; so an effective tax rate of 9.5 per cent, though lower after the free carry was paid by ConocoPhillips during the next financial year.

There were also four additional free carry amounts totalling $2 billion which were to be paid by ConocoPhillips as the project progressed. The company declined to comment on specifics so it is not known whether all of the future free carry amounts to be paid by ConocoPhillips on behalf of Origin would also be tax-free due to the structure of the arrangement.

Has Origin misled the Senate? Sources close to the deal believe so.

“Origin (told the Senate) the profit from this arrangement was an unrealised gain and, as such, tax was not yet paid,” said a source close to the deal. “This was a lie; the financial accounts don’t talk about an unrealised gain and Origin had already received cash of $6.9 billion. The trick to the arrangement was the proceeds being paid to Origin under the guise of a loan, which was to be repaid when future project expenditures were called in.”

Besides producing and exporting LNG, Origin is one of Australia’s big “gentailers”. That is it both generates and retails electricity and gas. Given energy prices have doubled since 2008, it is particularly galling that this cabal of gentailers is so aggressive in avoiding tax.

According to the ATO tax transparency data, Origin notched up $37 billion in revenues in the three years to 2017. Most of that went in tax losses and costs – much of it bona fide as gas prices have been falling globally making the foray into LNG export a disaster. Its taxable income for the three years was at $595 million, on which tax payable was $108 million, making a tax rate of 18 per cent.

US oil and gas producer was even worse than that with almost $25 billion in total income with nothing left over to be taxed: this at a time when gas prices for homes and businesses in Australia soared.