Vigilance is the watchword.

The super funds run by banks and financial institutions – many of them major Coalition donors – have been fleecing the public’s super on an industrial scale for at least a decade. This is the story Westpac and News Corp Australia didn’t want you to see in mid-2018 – even in the middle of a royal commission into banking illegality. Investigative reporter Anthony Klan reports.

​Westpac has gouged more than $8 billion from the savings of its almost 1 million superannuation fund members over the past decade, including by operating a complex web of obscure paper companies, many of which generate huge fees despite having no employees and doing no work.

Massive fees and charges are the key reason why, on average, the 950,000 members of Westpac’s Retirement Wrap, which holds $62 billion of retirement savings, has seen overall returns of roughly half actual market rates over the decade to June 30 2017.

The return is even below the return on risk-free “cash” investments and barely above inflation.

Other superannuation “investment options” run by Westpac’s BT – such as Australian shares, international shares and commercial property investment options – have been similarly gouged, with the total adding up to more than $8 billion.

Thus have Westpac superannuation members earned almost nothing on their investments. Many members are worse off than they would have been if they had put their money under their mattresses over the past decade or more, despite substantial gains in the share markets over that time.

Its shareholders – the biggest being Westpac – experienced a return of more than 600% in that time.

The Coalition has for years fought against the “industry” superannuation funds, claiming they direct large sums of money to the union movement and engage in impropriety. Yet industry funds cannot make profits for their owners.

It is the “retail” funds, run by the banks and other financial institutions, that make “profits” for themselves for “managing” the super of workers and retirees by engaging in rampant gouging of super funds.

Many of the banks and financial institutions involved in the most egregious super swindles – including Westpac – are among the biggest donors to the Liberal and National Parties, at both federal and state levels.

Westpac and BT have gone to great lengths to prevent the details in this story from being made public.

They have worked hard to create the appearance that they have significantly cut fees. In mid-2018, amid the banking royal commission, Westpac announced it would cut fees it charged on some BT super and wealth management funds.

However, those changes related to roughly just 10% per cent of the funds managed by the group via its BT Financial Group arm. They also do not relate to most of the existing super accounts, dubbed “rivers of gold” by insiders because of the enormous wealth they deliver managers via outrageous fees and charges.

Westpac has bought, and now operates, many financial advice firms, while its own BT “financial advisers” direct people into its shoddy BT superannuation products.

Not our problem says Westpac

Westpac has argued it is not its fault that people are being burned – because they “chose” to make the investments.

The Productivity Commission has found that retail, or for-profit funds, such as Westpac’s behemoth $62 billion Retirement Wrap, have delivered returns well below the market rate, even after accounting for differences in the type of investments (such as more conservative assets).

Even the billions of dollars Westpac holds as “cash” investments can earn returns of just one quarter of market rates because, the bank claims, such investments were “at call”.

However, this investigation shows the vast majority of that money is invested in “money market securities” and “term deposits” — usually Westpac’s — and Westpac earns market rates on that money.

When signing up for super, people typically choose from a list of eight or so key options, such as cash, Australian shares or international shares.

Those who chose “cash” were placed in Westpac’s Cash Management Trust, and Westpac paid them an annual interest rate of 1.05%.

However, that money is moved through two other corporate entities, both of which have zero employees, before Westpac places it in money market securities and term deposits earning about 2.08% a year, actual market rates. (These figures relate to payments before the recent crash in interest rates).

Westpac’s BT has engaged in a similar systemic gouging across many of its investment “options”, however the fleecing of the “cash” options is easiest to illustrate. Members of the BT Retirement Wrap earned average annual returns over the decade to June 30 2017 of just 2.57% per cent a year, which is substantially less than what the money would have earned had it been simply invested in a normal “cash” short-term deposit at a bank.

On the other hand, the fund has delivered billions of dollars to Westpac, funding huge executive bonuses and pay cheques BT executives receive for “managing” the fund.

The bulk of the gouged money has flowed to BT Investment Management, which has long been owned by Westpac but whose name changed to Pendal Group in April 2017 after Westpac reduced its holding in the entity.

The value of the listed Pendal Group rocketed and delivered astronomical returns to shareholders — the biggest being Westpac for most of the past decade.

According to BT Investment Management’s 128-page annual report for the year to June 30 2017, the company (called BT Investment Group until two months earlier) delivered total shareholder returns of a massive 10 times that of its top 200 peers in the ASX 200, the nation’s biggest 200 listed companies.

“Over the past five years, BTIM has produced a total shareholder return of 622%, compared to a 62% increase in the S & P/ASX 200 Accumulation Index, which is testament to the successful execution of our strategy,” the company’s annual report states.

In a written statement, Westpac Group Head of media relations David Lording said: “It is wrong and misleading to accuse BT of ‘gouging’ its customers.” Mr Lording would not confirm whether he “personally” stood by that claim.

When presented with detailed analysis of how money flowed through the system, Westpac said its fees of 0.81% were disclosed in the trust’s product disclosure statement. These fees are charged on every dollar the super member invests in the Westpac Cash Management Trust. The market rate for “cash” was just above 2% in that period.

While Westpac was earning the market rate of 2.08% on the money, Westpac’s superannuation members were earning just 1.05%, after Westpac’s gouging. The bank was charging an effective 56% annual fee for “managing” the money – simply putting it in standard term-deposits or similar.

Our investigation, conducted over hundreds of hours, has involved searching through tens of thousands of pages of documents Westpac and BT have had to file by law and over many years with corporate regulator the Australian Securities and Investments Commission.

All the Westpac/BT “investment options” – such as the Westpac Cash Management Account – exist as “managed investment schemes” that requires each “scheme” to have a “responsible entity”.

This means each investment option has an associated, audited, set of annual accounts which means it is possible – though painstaking – to track money through the byzantine Westpac/BT network and to see how the gouging actually occurs.

This is believed to be the first time such analysis has been conducted.

The meticulously designed system, which is almost impossible to navigate, facilitates an enormous transfer of wealth away from the saving public under the nation’s compulsory superannuation scheme.

Much of the cost of the gouging is ultimately borne by all taxpayers by way of an increased dependence on the age pension by BT superannuation members, many of whom are retiring with half the money or less than they would have had they been with a fund that delivered returns in line with normal market rates.

Westpac, which aggressively argued against Financial Services Royal Commission, and past government moves to increase protections for super members, has defended its high fees, saying its super members have made the “choice” to invest in such products.

In many cases this “choice” had been made by those investors following the recommendations of their financial advisers, who were employed, directly or indirectly, by Westpac and BT.

Under the Superannuation (Supervision) Act 1993 the trustees of super funds – in this case a group of senior executives at Westpac’s BT – are legally required to act in the “best interests” of their members.

Gouging super to make mega-profits does not represent acting in the best interests of their superannuation investors.

This story was to be published in mid-2018 in News Corp’s The Australian during the Financial Services Royal Commission. Westpac and BT senior executives had the story killed.

This article first appeared at The Klaxon. Read more here. 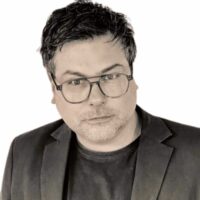