Wage theft, staff misled, rights signed away: all in a day’s work at the AAT

Labour hire companies hit pay dirt in the commonwealth public service but workers pay a high price, with underpayment of wages just one. Promotions withheld unless staff sever ties with the public service or sign up to privatised contracts are just some of the other disturbing employment conditions. Michael West reports.

Hot on the heels of the crisis hitting the High Court comes news that staff at the Administrative Appeals Tribunal may have been underpaid by thousands of dollars a year; and that public service staff are under pressure to sign away their rights in a possible breach of the Fair Work Act.

Documents obtained by Michael West Media show that casual staff at the AAT hired through labour hire company, Launch Recruitment Pty Ltd, have only been receiving a 20% loading, not the 25% casual loading they are legally owed.

This works out to an annual underpayment of about $2776 for a regular APS Level 3 employee. With many labour hire staff having been employed at the AAT for a number of years, some employees are likely to be owed more than $5000 in wages.

The AAT has engaged more than 551 contractors via labour hire since 2016, with an unknown number engaged through Launch; however, Launch has, to date, provided the AAT with $6 million in services relating to labour hire staff. 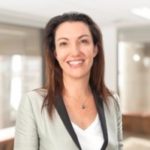 The CEO of Launch Recruitment, Rebecca Wallis, refused to comment about the discrepancy in casual loading pay, except to say: “You have a copy of my contracts. You can’t do that, that’s private property.”

Ms Wallis said the staff member responsible for AAT casual staff would be in contact but this had not happened by the time of publication. Ms Wallis also declined to detail how many employees Launch had “supplied” to the AAT.

Further details have also come to light following our previous reporting about public servants who may have been coerced into signing dodgy privatised contracts, which is a breach of the Fair Work Act under section 343.

An email between an anonymous public servant and Senior Executive Service officer, Georgina Hillier, shows that some public servants have been denied promotions unless they sever their legal employment with the Australian Public Service and agree to enter into privatised contracts.

The employee was then sent a form organised by the AAT’s human resources department to sign and accept the “labour hire employment placement”.

The employee then had to chase up their employment contract from their purported new boss, Launch Recruitment, because one had not been provided many weeks after the employee had started work.

The employee said they phoned Launch. “I was told that no record existed of me and that they would have to investigate further. After being in contact with the department, they then confirmed that I was hired through them [Launch] and sent me the contract.”

Other AAT staff have provided similar anonymous accounts of coercion by the public service. A young graduate reportedly turned up to work on his first day and received an email from HR saying he would be required to sign a contract with an external agency. The graduate, who said he had been given the impression he was to be employed as a public servant, was so disgusted he quit the next day. Withholding promotions and a first-day instruction to sign a contract appear to meet the legal standard of coercion under the Fair Work Act. Despite this, employees at the AAT have said that such practices are commonplace throughout the department. An apparent explanation for such shambolic practices is provided in an email from Chris Sutton, the head of human resources at AAT. It states that the contracting arrangements are a way of avoiding staffing caps imposed by Canberra.

BREAKING: we’ve just passed Australia’s first wage theft laws! To every activist who knocked on doors, made calls or lobbied MPs; to every worker who spoke up and shared their own wage theft experience, demanding better for other workers in the future, this is for you! #springst pic.twitter.com/xVyAS45f1c

While we await those answers via FoI avenues, Michael West Media put a number of questions to the AAT’s media section. Specifically:

A spokesperson for the AAT responded with the following statement:

“Thank you for your enquiry about the use of contractors at the AAT. As flagged in the AAT’s response on 18 January 2020 to similar questions from you, the most recent published information is available in the 2018–19 Annual Report. This report complies with mandatory requirements for government reporting.

“Current financial year data will be available when the 2019–20 annual report is tabled in Parliament.

“Your requests for unpublished figures and/or other documents which may be held by the AAT can be considered under the Freedom of Information Act 1982 (FOI Act). Details about this process, including instructions for submitting a request under the FOI Act, are available on the AAT website.”

Fee for no service?

It appears that a sham of considerable scale is occurring within many Commonwealth departments. While labour hire firms do not recruit, train, manage, discipline or even regularly communicate with the “employees” they purportedly “provide” to departments; they appear to be collecting significant premiums for doing so. This situation may well pan out as analogous to the “fees for no service” scandal.

On the bright side, though, it appears that since our reporting on this subject in April, employees have been slowly transitioned on to contracts with Hays Recruitment Agency. These new contracts have resulted in a wage increase, meaning their wages are more than 10% higher than what the labour hire staff stuck with Launch are being paid. Hays may be a public sector parasite, but they do at least seem to do some legal homework.