Imagine if there was a company which received millions of dollars in government grants each year, paid no tax as it held charitable status, owned recruitment agencies and also owned a law firm which fought against penalty rates for young workers and workplace leave for victims of domestic violence.

It is difficult to tell without more intimate knowledge but their accounts suggest the folk at the Chamber may be living high on the hog.

“Direct salary and other costs of providing services” was $101 million last year (up sharply from $78 million in the prior year), there was a further $68 million in “employee benefits expense” while the bill for cars was $2.8 million. The travel and entertainment chit was $2.5 million.

Chief executive Stephen Cartwright said yesterday the money was well spent. The Chamber had a strong focus on assisting SMEs (small to medium-sized enterprises) and conducting not-for-profit work such as training and apprentice schemes and advocacy. It was a “union” of sorts, he said, and like other unions it was a not-for-profit organisation.

Asked whether it was appropriate for the Chamber to be claiming tax subsidies and government grants in view of the fact that it owned a law firm and recruitment agencies run to make a profit (and which, by virtue of their Chamber parentage, immunised them from tax), Cartwright said these businesses helped to finance programs such as the Chamber’s boot camp for unemployed youth in Western Sydney.

According to its financial statements, the “core mission” of the Chamber is to “create a better Australia by maximising the outcome and potential of Australian businesses”.

There is a broader public interest issue at play here. While
other unions representing workers are struggling financially, the Chamber is sitting on a plush investment portfolio of $184 million in shares, bonds and trusts, besides its $13 million in cash.

The Chamber also owns the law firm, Australian Business Lawyers & Advisors Limited (ABL) and although ABL does not file financial accounts as these are consolidated in the the parent company accounts, it does appear to have a robust workload.

This week, ABL’s chief executive Nigel Ward and director of workplace relations, Luis Izzo, won a case in the Fair Work Commission which reduces penalty rates for workers in the hospitality industry.

These were big proceedings which ran for 39 days, feautured 130 lay witnesses, a dozen expert witnesses and nearly 6,000 public submissions. 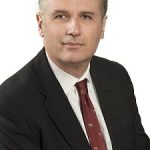 The Australian Charities and Not-for-profits Commission (‘ACNC’) regulates charities at a federal level. Its records show the Chamber was registered in 2014 under the criteria, “purposes beneficial to the general public and analogous to the other charitable purposes”.

While pursuing charitable purposes, ABL, on behalf of the Chamber, has appeared in a raft of common issue proceedings in recent years acting for employers against union and employee claims including:

In the latter proceedings, the ABL’s Nigel Ward opposed a claim by the ACTU and argued against workplace leave for victims of domestic violence.

Chamber CEO Stephen Cartwright “strongly disagreed” with the proposition that arguing against entitlements for low-paid workers and victims of domestic violence could not claim to be a charitable exercise.

“We are required to be there by the Fair Work Commission,” he said. “It’s a necessary part of the workplace relations system … our job is to go down there and act in the best interest of the country and employment. Without this, capital walks away”.

On the matter of how businesses operating for a profit could be consolidated into the Chamber’s accounts and therefore not pay tax, he said this practise was appropriate as the cashflow was expended in not-for-profit activities assisting the Chamber’s 13,000 members.

The $2.8 million expense for motor vehicles was for a fleet used by customers, often in regional areas, and executives did not have company cars.

PwC, the Chamber’s auditor, picked up $437,000 last year and $565,000 the year before and appears to have a conflict of interest in that its non-audit fees for tax advice and such exceeded its audit fees.

The Chamber has also made political donations disclosures over the years. Both major parties have been beneficiaries with the bulk of donations going to the Liberal Party. It has also funded election advertising in NSW, however Stephen Cartwright said the Chamber was “fiercely non-political”

This column is co-published by michaelwest.com.au with The Conversation and is part of the Democracy Futures series, a joint global initiative between The Conversation and Sydney Democracy Network, sydneydemocracynetwork.org The project aims to stimulate fresh thinking about the many challenges facing democracies in the 21st century.