Huawei a plaything of the communist party? In Turnbull’s memoir, A Bigger Picture, he concedes there was no “smoking gun” to ban Huawei 5G on national security grounds. Huawei lawyers Nick Xenophon and Mark Davis report.

Since Huawei was banned by the Turnbull Government from supplying equipment for the roll-out of Australia’s 5G network in 2018, the company has endured endless abuse, smears and financial damage. The clear innuendo that followed the government’s decision was that Huawei was engaging in activity that was a threat to the national security of Australia and other western nations.

Suspicions that Huawei was a spy front were repeated around the world ad nauseum and given the legitimacy of being based on undisclosed “Australian intelligence”. But in his newly released autobiography, Malcolm Turnbull has let the cat out of the bag on what that Australian intelligence was. Nothing. Zilch. Zip.

According to Turnbull, there was no suspicious behaviour by Huawei in Australia at all. He says there was no “smoking gun”. The decision was based on a hypothetical scenario and that “our approach was a hedge against a future threat”. That future threat was based on nothing but the ethnic origin of the company. It was Chinese. In short, Huawei did nothing wrong in this country at all. Its reputation was trashed for a “hedge”.

Even the unpredictable US President Donald Trump was “impressed and a little surprised” by the former prime minister’s move in what would be the last phone call between the two, according to Turnbull.

Despite a complete lack of evidence, the Government and the intelligence bureaucracy stood by and watched as “Australian intelligence” was referred to reverentially around the world as a basis to damage an honest company.

These slurs were picked up and amplified by ideologically-driven think-tanks such as the Australian Strategic Policy Institute (ASPI) that escalated and amplified the innuendo. At one point, ASPI even suggested in an opinion piece in the Australian Financial Review June 17, 2019 that garbage trucks in Bendigo could be a risk to national security if fitted with WiFi sensors supplied by Huawei. Garbage indeed.

The baseless attacks that flowed from the Government’s decision and its failure to elaborate on it caused Huawei to suffer billions in financial damage and thousands of people to lose their jobs and careers, including many hundreds in this country. All this from a government that extolled the virtues of the rule of law, free enterprise and a level playing field for business.

There may be legitimate security concerns about foreign companies operating in Australia. That is why we have intelligence agencies to analyse and deal with such threats. But in Huawei’s case the threat assessment came down to nothing more than the nationality of the company.

Imagine the outrage if China banned Qantas because there was a hypothetical risk of the carrier being used – some time in the future – to fly spies in and out of the country. Just hedging, mind you.

Leaving aside the sheer offensiveness of that approach, ethnicity is the poorest basis to make a security decision. It is a simplistic test that is very simply dodged by any hostile agent. Ironically, the Huawei ban will lead to 5G equipment coming from Nokia and Ericsson production facilities in China that are jointly owned by the Chinese state.

Surely the approach of the UK, the Germans and others to have the strongest oversight of all providers, whatever their nationality, is the logical and proper course.

Turnbull in his book offers a hint of the real threat posed by Huawei and its world-leading technology.

Every imaginable anti-Chinese slur has been hurled at Huawei on both social media and mainstream media over the past two years, not the least of which is that it is controlled by the Chinese Communist Party. It seems that suave commentators have learnt that every old racist trope can be wheeled out if it masquerades as an attack on the “communists”.

The communist accusation against Huawei could not be more widely off the mark. There are state-owned businesses in China that are highly likely to be heavily influenced and controlled by the government. Huawei is not one of those companies.

Huawei isn’t state owned or a plaything of the communist party. It is a phenomenally successful capitalist enterprise. Perhaps that is its true crime in the trade war that is unfolding around us. 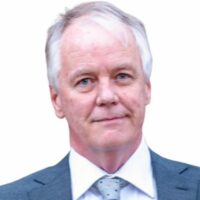 Mark Davis is well known as a foreign correspondent and investigative journalist but he has for a number of years been applying those same forensic skills to the practice of law at law firm Xenophon Davis. He acts for individuals or businesses embroiled in criminal or civil disputes throughout the region. 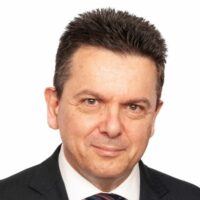 Nick Xenophon has been a civil litigation lawyer for 35 years as well as an independent politicians. As a state politician and as an Australian Senator, he put issues on the public agenda and kept them there. He is now a lawyer.