We have been here before. The vexed question of Afghanistan has been confounding Australian politicians and policymakers for nearly two decades, according to diplomatic cables and other intelligence reports released by Wikileaks.

Those cables show that back in 2008, then prime minister Kevin Rudd was grappling with Afghanistan. Rudd privately told a visiting US congressional delegation that: “Afghanistan scares the hell out of me.” The European allies had “no common strategy for winning the war or winning the peace.” While the Australians, British, Canadians and Americans were “doing the hard stuff”, the Germans and the French “were organizing folk dance festivals.

The leaked cables show that Australia knew its mission could not succeed, even though by many accounts, Australian troops had improved the security situation in the province of Uruzgan with an aggressive war-fighting style, good training and battle discipline. But they also had the thankless task of preserving the authority of a corrupt local government.

Trumped Up: Wiki cables show Australia thinks Iran is not the aggressor

Rudd’s Special Envoy for Afghanistan visited Uruzgan and called it “a wobbly three-legged stool”. He also said that increasing funds for police training “might be putting good money into a bad situation because the local population perceived the police to be part of the problem”, while the Afghan National Police was a “train wreck”.

It is not as though the situation would have been a surprise to Rudd, either, because reports of the intractable situation in Afghanistan had been leaking out for some time. Wikileaks had released a database of 91,000 operational reports by US and allied soldiers fighting in Afghanistan. The reports painted a bleak picture of their battle against a stubborn, tenacious enemy.

The dysfunctionality of the Afghan government whose authority Western forces were trying to uphold appeared to be a constant theme. School teachers said they needed books, curriculum management and an end to “government corruption from top to bottom” including the matter of “stolen teachers’ salaries” and basic supplies.

And in 2009, US intelligence reports indicated that most insurgents in Afghanistan were not religiously motivated Taliban, let alone al-Qaida, but were a “new generation of tribal fighters” who had opposed the Taliban during the 1990s. They were mostly ethnic Pashtuns who were “deeply connected by family and social ties” to their tribal areas and opposed the United States “because it is an occupying power”.

As far back as 1999, some 20 years ago, Wikileaks cables describe the public relations challenge posed by the Taliban, led by the “enigmatic Mullah Omar” as US diplomats in Pakistan called him. Omar was admired for three reasons: “his religious piety, his reputation for incorruptibility, and his bravery in the jihad” against the Soviet Union, where he had been a lower level commander. He apparently lived a simple life, with an office that doubled as his bedroom. The only furniture was a simple wooden bed and a wardrobe.

After the 9/11 attacks the US Army’s psychological operations units produced a video with Dari- and Pashto-language voiceovers, graphics and Afghan music to explain “Why the United States is in Afghanistan”.

The video showed the jets flying into the Twin Towers, firefighters hauling debris from the rubble, US fighter jets firing missiles into Afghan villages, American soldiers carrying humanitarian aid and Afghan girls attending school. It was played at health clinics set up by the US Army, so that villagers could watch it while waiting to see a doctor.

The attacks had meant little to most Afghans, most of whom had never seen a terrorist training camp in their vast, forbidding landscape, nor an al-Qaida operative, a foreign terrorism trainee, a passenger plane, a skyscraper and, in many cases, even a television.

Associated Press reporter Mike Eckel described their reaction to seeing the US videos: “The buildings were pretty. It’s terrible that those al-Qaida people crashed those planes,” said a teenage girl, who wished the Americans would do more to bring food to her family and the village.

A 65-year-old watchman said he was sad, confused and angry when the US bombing of Afghanistan began, was glad US troops had brought some stability, but would be glad to see them leave because “we don’t like foreigners to stay here forever”.

Trump wants to withdraw without incurring political damage at home for doing so. Australian troops will remain in Afghanistan for as long as US troops are deployed there because Australian policymakers want US politicians and senior officials to visit their area of operations and appreciate their contribution. 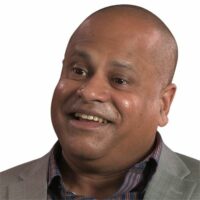 Clinton Fernandes is Professor of International and Political Studies. He holds dual appointments at the School of Humanities and Social Sciences and the Australian Centre for Cyber Security. His research agenda is linked to the Australian Research Council’s strategic priority area of "Securing Australia’s place in a changing world."