TPP-11: The same dud deal for most Australians as TPP-12 “The trade deal known as TPP-11 delivers financial benefits to some 100,000 people in agricultural and farming enterprises, paid for by extra imposts on the purchases of many millions of urban Australians. In future, every time an Australian buys an app, pays to listen to music, gets a prescription from the chemist, does banking, he or she will be subsiding rural and corporate interests to the detriment of the average Aussie Jo… because of the TPP”. Bill Rowlings from Civil Liberties Australia gives lie to the claims that all Australians will be “better off”.

The Trans-Pacific Partnership is not so much a deal as a bush-city reverse “got-ya”. It is promoted by dishonest politicians who have learned to lie economically for a living. The proof of the lie – that TPP means all Australians are better off – is contained in Trade Minister Steven Ciobo’s own gushing media release:

“Australian farmers, businesses and all exporters can see the full benefits and breadth of the Comprehensive and Progressive Agreement for Trans-Pacific Partnership (TPP-11) with the release of the text…”

Mr Ciobo, if only these groups can “see the full benefits”, obviously your average Australian citizen can’t see the benefits. It’s axiomatic that any deal involves both winners and losers. The reality is there’s no benefit, only extra cost, for most Australians in the TPP deal.

However, the worst clauses in the agreement (kept secret for a decade) are those relating to freedom of choice and national sovereignty in making social policy decisions. These clauses remain in the carcass of the original Trans-Pacific Partnership deal. The new deal, TPP-11, has not changed them at all, according to the union expert on trade treaties, Dr Patricia Ranald of the Australian and Fair Trading Investment Network (AFTINET).

“The Australian government has not sought changes to provisions for more vulnerable temporary migrant workers, from Vietnam, Malaysia, Japan, Canada, Mexico and Chile, without testing if local workers are available. This is contrary to its own claims to have reintroduced such testing. There have been no changes to the chapters on trade in services and state-owned enterprises which could restrict future governments from re-regulating essential services like TAFE, energy and financial services, even if there are demonstrated market failures.”

So #TPP11 will deliver higher costs of goods & services courtesy of the ISDS which protects corporations from cheaper prices. The Turnbull Govt at work. #auspol

Dr Ranald explained that the 20 suspended clauses are mostly about medicine and copyright monopolies. Other governments had only reluctantly agreed to US demands on stronger monopolies over biologic medicines and longer copyright periods in these areas to gain access to the US market. But President Donald Trump announced, on election, that he was pulling the USA out of the 12-nation TPP because it was a very poor deal. Hence the new moniker, TPP-11.

The intellectual property chapter still entrenches other restrictions on government ability to change regulations in future, a fact which has been criticised by the Productivity Commission.

It is telling beyond measure that the Turnbull Government will not let its own “Productivity” Commission examine the TPP deal: the government knows the TPP deal does not stand up to proper economic analysis, says net national benefit over 10 or 20 years. As usual, political partners and the corporate “mates” do best out of the deal, not struggling Aussie battlers.

The 11 governments signed the agreement in Chile on 8 March. The text will be tabled in Parliament and reviewed by a Joint Standing Committee on which the government has a majority, to consider the implementing legislation. Here’s another porky in the Minister’s media release:

“The Joint Standing Committee on Treaties (JSCOT) will conduct full public enquiries into the Agreement and report back to Parliament.”

Well, yes, but JSCOT is not permitted by the terms of the agreement to change one single word in the deal. Nor is the Australian Parliament.

“This is virtually a rubber stamp process because, in addition to public submissions, the committee receives a major report from the department that negotiated the agreement, which always says ‘yes’ to the implementing legislation,” said Dr Ranald.

The TPP will remain forever as it was begotten originally, the illegitimate child of multinational corporate interests fathered by at-best naive politicians. Commentators have noted that one of the beneficiary groups of trade deals can be negotiating politicians themselves, some of whom enjoy a post-politics career serving on the boards or payrolls of the very corporations whose rapacious desires they have helped fulfil.

* Investor-State Dispute Settlement: where quasi-tribunals of non-judges make binding decisions, without needing to abide by precedent, that can hobble the High Court of Australia.

This article was first published in Pearls and Irritations and is republished with permission. 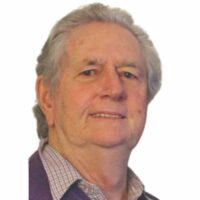 Bill Rowlings is CEO of Civil Liberties Australia, whose main concern over the TPP is loss of sovereignty and the potential imposition of foreign social justice “standards” on Australia.