Australia has used a range of torture techniques against Julian Assange, writes Dr Lissa Johnson. Governments have isolated and demonised him; flatly rejected evidence of ill-treatment; refused to respond to specific allegations; and divested themselves  of any responsibility. Leaders can’t, or won’t, accept the difference between psychological torture and ‘a legal matter’.

Julian Assange has set a number of firsts for Australia, including:

As the UN Rapporteur on Torture, Nils Melzer, observed:

In 20 years of work with victims of war, violence and political persecution I have never seen a group of democratic states ganging up to deliberately isolate, demonise and abuse a single individual for such a long time and with so little regard for human dignity and the rule of law.

As part of this mobbing and collective persecution, Assange is the first Australian journalist to be tortured for journalism in the UK.

On 9 May 2019, Professor Melzer visited Assange in Belmarsh prison, accompanied by two medical experts specialising in the assessment and documentation of torture. On 31 May, Melzer reported that they had found Assange to be suffering all symptoms typical of prolonged exposure to psychological torture.

On 1 November 2019, Melzer warned that, unless the UK government urgently changed course, it may soon end up costing his life.

Julian Assange is being held in ‘Britain’s Guantanamo’, Belmarsh prison, a high-security facility designed for those charged with terrorism, murder and other violent offences. He has been held in solitary confinement for 22 to 23 hours a day, increased to 24 hours under Covid-19 lockdown last month.

He knows that US-aligned security contractors have written in emails that he will make a nice bride in prison, and needs his head dunked in a full toilet bowl at Gitmo. He knows he is headed for life in US supermax prisons, where prisoners are held in perpetual solitary and chains.

‘If this man gets extradited to the United States, he will be tortured until the day he dies’, Profesor Melzer has cautioned.

To heighten the torment of that reality, Assange has been prevented from preparing his defence against extradition in violation of his human rights as a defendant.

He has been granted negligible access to his lawyers and is prevented from researching his own defence. The only purpose is to render him helpless, intensifying his trauma.

A Message from the Australian Government

Assange’s experience sets an example to anyone thinking of airing the dirty secrets of those in power: the genuinely dirty secrets, such as wantonly slaughtering and torturing innocent people and covering it up.

Like all public torture, it sends a message to onlookers: this could happen to you.

And the message from the Australian government to any Australian journalists looking on? You’re on your own.

The US government is seeking to retrospectively apply its own Espionage Act to non-US citizens in foreign lands, while simultaneously withholding the free speech protections of its Constitution. The upshot would be that non-US citizens, and non-US journalists, would be vulnerable to prosecution wherever they may be, whenever the United States saw fit.

Should a host country oblige, that journalist’s only hope would be the protection of their own government. And the message from the Australian government? Not a chance.

A climate of consent

But can the government do anything to stop the torture of Assange in the UK? Or are its hands tied?

Australia ratified the Convention Against Torture in 1989. It therefore has a positive duty to take ‘effective legislative, administrative, judicial and other measures to prevent acts of torture’ of its citizens. According to the Federal Attorney-General’s website, however, that duty applies to ‘territories within Australia’s jurisdiction’.

So who is responsible for protecting Australian citizens from torture overseas?

Australian officials can raise concerns with their overseas counterparts when they are concerned about gross violations of citizens’ rights as happened in the cases of Melinda Taylor, James Ricketson, David Hicks and Peter Greste.

They could also make a submission to the Committee against Torture that a state is ‘not fulfilling its obligations under this Convention’.

DFAT representatives say repeatedly that Assange’s treatment In the UK is perfectly normal. ‘Standard’. ‘No different’ from the treatment of other UK prisoners. Routine, in other words. Nothing to see here.

When reminded that Assange had been handcuffed 11 times, stripped naked twice and moved between five holding cells after the first day of his extradition hearing, a DFAT representative described this as ‘standard prison to court and court to prison procedure’.

What the official failed to explain, however, is that this treatment is only ‘standard’ and normal for prisoners charged with terrorism or other violent offences.

It is not remotely normal for journalists with no criminal history, and no history or risk of violence, to be detained under the most punitive conditions that UK law enforcement has to offer.

As an exercise in “consent and acquiescence” DFAT representatives performed their duties well.

It is a ‘standard’, very normal, routine psychological tool for fostering passive acquiescent consent, the social bedrock of state-sanctioned violence.

Systemic abuse such as torture is, after all, a collective, group-based activity. Overtly abusive actors rely on a supporting cast who together create the conditions in which torture and ill treatment thrive.

When promoting a climate of consent to torture, those in official capacities must divest themselves of their responsibilities. This is typically achieved by displacing responsibility on to others. At times it is done with intent, but often it reflects unconscious, reflexive processes aimed at letting oneself off the moral and psychological hook.

Australia is ‘not a party to the legal proceedings in the United Kingdom’, stressed a DFAT official when asked why Australia had not intervened in Assange’s case during Senate Estimates. ‘We have no standing in the legal matter that is currently before the courts.’

But perhaps the Australian government doesn’t understand the seriousness of the abuses taking place in the UK. Perhaps ministers and their advisors are unaware of the difference between psychological torture and a ‘legal matter’. Psychological torture is, after all, not commonly well understood.

Prolonged solitary confinement [for instance] does not simply cause loneliness, boredom and malaise. It reduces neuronal activity in the brain, leading to severe and long-lasting brain damage, including cortical atrophy and decrease in the size of the hippo- campus … and 26% increased risk in premature death …

After a period of prolonged solitary confinement, once social contact is restored and treatment implemented, recovery can take years or even decades, after which harm can still persist.

At the time of the correspondence, Assange had been subject to 22 hours of social isolation a day, for months.

Solitary confinement of more than 14 days has been deemed to constitute torture and other cruel, inhuman and degrading treatment by the UN torture mandate since 2011.

In addition to its neuro-cognitive effects, solitary confinement can cause extremely severe depression, disorientation and suicidality, all of which have been observed and documented during Assange’s court appearances and extradition proceedings.

The doctors continued in their letter to the government:

Far from being purely psychological in nature, psychological torture (also) causes physical harm. Via immunosuppressive and cardiovascular mechanisms, persistently and chronically activated stress physiology causes susceptibility to a range of potentially catastrophic illnesses and diseases, including, but not limited to, cancer and cardiovascular pathology.

Two months later the Australian government replied, maintaining that ‘The Australian Government cannot intervene in the legal process of another country’.

The doctors wrote back, emphasising the Australian government’s responsibility to its citizen:

We are reliably advised that government ministers can advocate for due legal process, and raise concerns with their overseas counterparts.

The Australian government responded once again: ‘Mr Assange’s extradition proceedings are a matter for the UK and the United States (US) Governments’.

Not our responsibility. Not our concern. You call it human rights abuse, we call it a ‘legal matter’.

When confronted with evidence to the contrary, such as the torture of a journalist, many people double-down, rationalising and defending to bolster the status quo.

Accordingly, invoking system-justifying blind-spots is a powerful psychological tool. Examples of system-justifying reactions conducive to acquiescence and consent include flatly rejecting evidence of torture and ill-treatment; refusing to respond to specific allegations with specificity; asserting systemic legitimacy in sweeping, blanket terms; or casting an accused authority, process, society or institution as beyond reproach.

The failure to address specific allegations is the social-psychological equivalent of closing the torture chamber door, shutting out the screams, and turning the classical music up loud. Screaming? What screaming? I hear violins.

Assange is not the first person in Australia to be subjected to torture and other cruel, inhuman or degrading treatment. Australia’s abuse of asylum seekers and refugees has been found to violate the Convention Against Torture. Aboriginal Australians, among the most incarcerated groups on earth, have been dying in custody, buried under acquiescent consent, for decades, and historically for hundreds of years.

The Human Rights Measurement Index 2019 has given Australia a 5.5 out of 10 rating for ‘freedom from torture’, noting, ‘Torture is a serious problem in Australia … a large range of people [are] at particular risk of torture or ill-treatment, with Aboriginal people and Torres Strait Islanders at the top of the list’.

The societal silence on these issues has been deafening, relieved recently by the public show of support in the Black Lives Matter rallies.

Through sending a message to journalists worldwide by torturing Assange, the abusive licence deployed against other persecuted groups is being expanded to take in journalism. The targeting of journalists around the world matters because journalists cut across the acquiescence and consent, remove the deadbolt on the torture chamber door, turn down the music, and expose what is going on inside. Every persecuted and abused group or person needs them, to break the cycle of violence by breaking the silence.

We do torture here. It is our problem. In Julian Assange’s case, the biggest problem appears to be that torturing journalists is becoming the new normal in Australia.

This edited extract is reproduced from A Secret Australia: Revealed by the WikiLeaks Exposés, edited by Felicity Ruby and Peter Cronau, Monash University Publishing, December 2020. 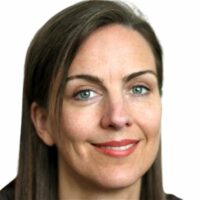 Dr Lissa Johnson is a clinical psychologist. Before becoming a psychologist she qualified in Media Studies, with a major in sociology. Lissa has a longstanding interest in the psychology of social issues and the impact of social issues on psychology, and is a former member of the Australian Psychological Society Public Interest Advisory Group.