The Ultimate Boondoggle: submarine flop risk is “high to severe” The SEA 1000 submarine program is exorbitantly expensive and a classic case of poor leadership in Defence. This is the third in the “Second Rate Leadership”, series by former public service chief Jon Stanford.

In concluding that the contingent risks to SEA 1000 are high to severe, a view subsequently accepted by the Secretary of Defence and the Chief of the Defence Force, it seems clear from the recent Auditor General’s report that the SEA 1000 project is in a dark place. Apart from a significant delay in the design process and a poor relationship between Defence and the contractor, perhaps the most disturbing aspect of the report was that the Naval Shipbuilding Advisory Board, containing senior US Navy Admirals who had originally endorsed the choice of the French, advised the government little more than two years later that it should consider abandoning the project even if the negotiations over the Strategic Partnership Agreement reached a successful conclusion (my italics).

Just three years into a 35-year acquisition program, this report should cause alarm bells to sound in Canberra. In 2016, Defence adopted a new approach in its selection of the contractor to develop the next generation of submarines. All previous experience, and the recommendations of various reviews, have emphasised that this selection of significant new assets should be based on a process that allows for at least two detailed proposals to be considered at the project definition stage and then a preference for a tender process relating to capability, cost and delivery. However, this time, there are no competing designs. Instead, under the so-called “competitive evaluation process” (CEP), Defence selected the French government-owned company, Naval Group, as its design partner to produce an ab initio design for a ‘regionally superior’ conventional submarine.

Made on the basis only of a concept design, the decision in favour of an ab initio design represented the riskiest possible option. Unlike the German company TKMS in its proposal, Naval Group had made no commitments that were remotely binding on critical issues such as cost, delivery, local content or rights to intellectual property. In addition, before any agreement on these vital issues could be reached, the government abandoned any further competition in the process, thereby gifting Naval Group a monopoly position in Australia’s biggest ever Defence project.

When the Auditor General (ANAO) identified the risks of eliminating competition, Defence’s response was that “deep engagement” with Naval Group was its preferred approach to achieving the best balance of capability, cost and schedule. The Submarines for Australia submission to the ANAO raised some doubts:

We consider the ANAO’s concerns around lack of competition are entirely justified and we take issue with Defence’s approach. We believe that ‘deep engagement’ will not be effective simply because the objectives of any profit maximising contractor are most unlikely to coincide with the goals of the purchaser, Defence. Having been gifted a monopoly position at the very start of the project, a rational approach by Naval Group would be to maximise the commercial benefit it will derive from the project. 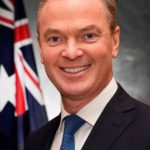 A primary area where we would expect Naval Group to use its market power is in regard to cost. At $50 billion in the out-turned (or inflated) dollars used by Defence, the initial budget for the future submarine was already extremely high. Yet in mid-2018, well before even a preliminary design for the Attack class had been produced, the project director announced that the acquisition budget was now $50 billion in constant prices. This appeared to represent a budget increase of 60%, to $80 billion in out-turned dollars. Defence vigorously denied any change, supported by then Minister Christopher Pyne who suggested that the budget “had always been $50 billion”.

The ANAO report, however, confirmed that the budget had been increased by 60%:

At $225 billion in out-turned dollars, this cost is ridiculously high for the delivery and sustainment of 12 conventional submarines. By comparison, the German proposal – including a guaranteed fixed price for building the boats in Adelaide at the same cost as in Kiel – would have involved an acquisition cost of ~$30 billion and a whole of life cost of around $85 billion in out-turned dollars. The current program is already 165% more expensive, with no obvious constraints to further escalation in the cost.

A problem with project budgets in Defence, however, is that the most critical factor is not the future budget but the annual approved expenditure for the program. There is a concern now that annual outlays on SEA 1000 have increased to over $1 billion per annum. In the absence of any global increase in the Defence budget above two per cent of GDP, according to ASPI it will not be long before this will start to impact negatively on other capital programs. This will require difficult choices to be made, which could lead to delays in SEA 1000 or even a reduction in the number of platforms to be acquired.

Worse, the latest ANAO report appears to imply that the Collins life of type extension (LOTE), which is now essential to minimise the capability gap, has no separate allocation but will be funded out of the SEA 1000 budget. This could double the annual outgoings to over $2 billion by about 2024 and raise some major red flags around funding for other capital programs and affordability. If the LOTE goes ahead, this could mean a delay in funding SEA 1000. Again, this implies a strong possibility of a capability gap. The ANAO also reports that planning for the LOTE remains at an early stage

The second important area is delivery. Once more the German proposal was attractive with the first submarine to be delivered in 2028. This may well have meant that a life extension of Collins, with its attendant costs and risk of a capability gap, could be avoided. The Attack class, however, is due to enter service every two years from 2035. Not only is this too late in the context of Australia’s strategic situation, but it means that all of the Collins class will need the LOTE, with the first extended boat being retired at about the same time that HMAS Attack enters service.

But as Navy has acknowledged, if the program is delayed by three years, as is par for the course for an ab initio submarine program, there will be a capability gap. Already the Auditor General has reported that Defence has agreed a delay of nine months in the design schedule, with Naval Group originally requesting a 15-month extension. Noting that it will be around two years more before a construction contract is signed, the risks of further delays in the SEA 1000 program are extremely high.

One of the main failures of the CEP process was in regard to Australian industry content. The case for building submarines in Australia is not widely understood. The creation of a “sovereign submarine capability” via the construction of Collins by ASC in Adelaide (at around the world price) was a carefully calculated strategic decision. Experience with the preceding Oberon class boats demonstrated the downside of being reliant for spare parts and upgrades on a very long and unreliable supply chain from the UK. Being reliant on France, a country that was a friend but not an ally, for maintaining the availability of Australia’s power projection deterrent would be unacceptably risky. The Collins class acquisition achieved 70% local content, with the submarines being delivered at close to the world price. Expenditure in Australia on submarine sustainment now exceeds 90% of the total.

If Defence had undertaken serious due diligence on Naval Group’s likely commitment to Australian industry, it would surely have understood its drivers were quite different to those of the Australian government. For example, colleagues in the Royal Navy could have revealed that the UK abandoned a joint frigate program with the French because of their insistence on giving preference to French companies. As the House of Commons Select Committee on Defence noted:

“With hindsight, it seems clear that the Italian and (in particular) the French governments were never going to be prepared to embrace the MoD’s focus on competition, value for money and contracting for system performance. Indeed, France’s DCN appears to have had every intention of buying certain equipment from sources close to home, whatever the requirement or the equipment competitions might have otherwise suggested.”

Following President Hollande’s comments, the then CEO of Naval Group Australia, promised “at least 90%” Australian content. He left Naval Group shortly afterwards. That commitment then dropped to “at least 60%” but that CEO left as well. Now it seems as if there is no requirement for a set level of local content at all. The former South Australian Industry Minister who was in office at the time of the decision is now contemplating local content possibly being as low as 30%

Certainly, anecdotal evidence from industry suggests a lack of interest in local capabilities on the part of the French. It has also recently been announced that critical hull sections for the first new submarine will be built in France — sections that were built in Australia for most of the Collins class boats.

There is little point in building the submarines in Australia if local content is below about 50% and if the cost is not competitive. Local assembly of the platforms would be akin to a screwdriver job without generating any worthwhile local industrial benefits, while requiring the taxpayer to pay an excessive cost for vital defence capability.

Still to come……what is to be done?

In a former life, Jon Stanford was a Division Head in the Department of the Prime Minister and Cabinet. Currently, as a Director of Insight Economics, he is undertaking significant research on Australia’s future submarine project, generously supported by Gary Johnston, owner of the Submarines for Australia website.

The above article was first published in Pearls and Irritations and is republished with permission.

Since taking up a career as a consultant in the mid-1990s, Jon Stanford has developed a strong practice in economics and policy issues related to climate change, energy, the resources sector, industry development and defence. In this period, Jon was a Director of the Allen Consulting Group for over ten years before leaving to establish a new firm, Insight Economics, with Dr David Charles and Melanie Kelly as well as two other consultants. From 2006-09 Jon was a Partner with Deloitte and helped to establish their new economics practice. Throughout his consulting career, Jon has worked closely with two economic modelling agencies: the Centre of Policy Studies at Monash University and, for energy market modelling, McLennan Magasanik Associates. Before becoming a consultant, Jon Stanford had a significant career with the Australian Public Service working in areas that involved economics and public policy. His final position was as a Division Head in the Prime Minister’s Department.