The Queen’s denial on the Palace Papers beggars belief It is simply implausible that the Queen did not know that John Kerr was planning to sack Gough Whitlam, writes John Menadue. She may not have known the detail of the coup in progress, but she knew the substance.

The National Archives of Australia (NAA) doggedly refused to cooperate in the release of the Palace Papers. Monash University’s Emeritus Professor Jenny Hocking and supporters fought for four years and had to go as far as the High Court to force the hand of the NAA. 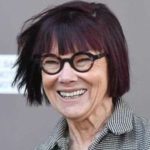 Even on the day of the release of the Palace Papers, the NAA continued to obstruct and mislead. It tried to spin the contents of the letters to a tame and favoured media group, the Murdoch Media. As The Monthly put it:

“The NAA put its own interpretation of the documents to selected journalists before Hocking was able to see even one of them. As a result, the first headlines obediently relayed the Archives message; the Queen ‘had no role’ in sacking Whitlam, and ‘was not told in advance’.”

Jenny Hocking had to wait for access even though she was the only applicant subject to the High Court Order.

There are many reasons to reject the Queen’s cover-up and the cover-up done on her behalf. Importantly the Queen is formally responsible for what her staff do in her name. Martin Charteris, her private secretary, was her alter ego. “it is not surprising that in the Palace Letters

he refers to the Australian Labor Party as

Jenny Hocking has informed us of the numerous ways the Palace was informed and involved in John Kerr’s thinking and plans. These discussions commenced in a heart-to-heart discussion between Prince Charles and Kerr in New Guinea at the end of 1974. Kerr went out of his way to keep all the royal apparatchiks, including even Lord Mountbatten, informed of his thinking. 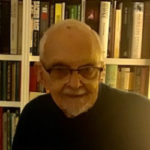 As Tim McDonald, the senior DFAT official in London at the time of the Dismissal, pointed out in Pearls & Irritations: “It is clear, however, that Charteris, an experienced, wily and polished public servant, who exuded the air of effortless superiority, which is the hallmark of the British aristocracy, knew immediately that he was dealing with a naïve, vain and insecure personality who could be manipulated to British advantage.”

And that is what Charteris did for the Queen: assert British superiority over dependant Australians.

… and gave clear advice and direction

But Charteris did not just keep up with the avalanche of correspondence from John Kerr – the role of a private secretary – he went out of his way to give him clear advice and direction.

On September 24, 1975, as set out in the Palace Papers, Charteris pointed Kerr to the work of Canadian Senator Eugene Forsey on the Reserve Powers. Charteris quoted Forsey: “If supply is refused, that always makes it constitutionally proper to grant a dissolution.” On November 4, 1975, Charteris told Kerr clearly that that power to dismiss a government did exist. Charteris was giving the obsequious Kerr clear counselling on what he could do.

So while the Queen may not have known the hour or the time Kerr would strike, she knew what was happening. If she didn’t know, she was not doing her duty. No one could seriously accuse her of that.

After the Dismissal, the Queen gave Kerr a right royal welcome and reception in London. She then bestowed on him the honour of Knight Grand Cross of the Order of St Michael and St George (KCMG) — ‘kindly call me god’. A strange way for the Queen to show her displeasure at an act done in her name.

It is nonsense to say the Queen was not involved. She and her favourite courtier carry joint responsibility for the sacking of a government that had a clear majority in the Australian House of Representatives. A foreign power intervened in our political processes. I was brought up to believe that my “betters” – churchmen, monarchs, governors general and High Court judges – could be trusted. I don’t believe that any more.

But at least I thought I could believe that institutions such as the NAA could be trusted. But even the NAA now plays a political game on behalf of powerful interests. David Fricker, the Director General of the NAA, was deputy Director General of ASIO from 2007 to 2012 when he joined the NAA.

When will we face head on this corruption of our public institutions?

Republished with permission from Pearls and Irritations.