The Facts of Life: Qantas, the CBA and the Franking Credits Factory John: So, where do franking credits come from?

Peter: Spot on, Mum. And the ATO is well aware that they may have to pay out cash when someone redeems a franking credit. The cash the ATO got from the sale of the franking credits to CBA may never go to fund a hospital or a road. It might go to you, Mum, in cash.

John: So the government can never use that part of CBA’s tax? 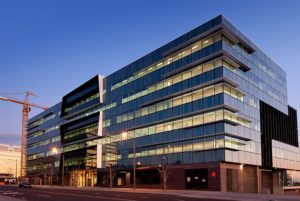 John and Brenda want to know where franking credits come from and where they go. They have noticed that foreigners are not treated the same as Australians when it comes to franking credits. And the benefits to Australians seem to depend on their marginal tax rate.

Mrs Baker has started to explain the small business view about owning companies. But others see things from the perspective of investors in ASX-listed companies.

Brenda’s son Peter has looked into it and has lately started to think about it in terms of the franking credit factory.

But why does Qantas sometimes pays unfranked dividends? Hmm.

Sitting around the kitchen table

John: I think we’d all like to know more about these franking credits. Some people seem to master it and others, like us, struggle to get to grips with the ideas.

Brenda: And I’ve seen from our other chats that one CBA dividend and one set of franking credits gives half a dozen different yields depending on who you are. Is it the same for every company?

Peter: Yes Dad. It’s the same for BHP, Rio Tinto, National Australia Bank, ANZ, Westpac. These numbers are the same for every company that pays 100 per cent franked dividends.

Fully Franked Dividends – What You Get

Peter: Yes Mum, so long as they pay 100 per cent franked dividends. It doesn’t matter if they’re big or small, listed or “mum-n-dad” companies. The maths is the same.

John: So, tell me the facts of life, son. Where do franking credits come from?

John: So how does that work? Brenda: So what do companies do with their franking credits?

Peter: They stockpile them.

Brenda: Okay, I can imagine that. I can see the stockpiles. CBA has one. Woolworths has one. So does BHP. They all pay tax. So, they have stockpiles.

John: And what’s the best way to think about a franking credit?

Brenda: But shop vouchers never pay out cash. They always say that in the fine print. But since John Howard changed the rules, franking credits do. Pretty good vouchers! No wonder people want them.

Peter: Spot on, Mum. And the ATO is well aware that they may have to pay out cash when someone redeems a franking credit. The cash the ATO got from the sale of the franking credits may never go to fund a hospital or a road. It might go to you, Mum, in cash.

John: So the government can never use that part of CBA’s tax. Are you saying that these franking credit vouchers don’t have an expiry date?

Peter: Seems not. A company’s stockpile rolls forward year after year. The Commonwealth Treasury is watching what goes on. It says that, as time goes by, the stockpiled franking credits lose value, as inflation chips away at them.

Brenda: So, meanwhile, there are franking credits sitting in these stockpiles, slowly losing value. But then we get them from CBA, tied in with our dividends. And Uncle Steve and Penny Baker get them. And other people get them from BHP’s stockpile?

Peter: Yes, that’s it. And Penny Baker’s company, Dough Makers Warehouse Pty Limited, it probably had a stockpile too.

The Kitchen Table: the Quest for John Howard’s Cash Offset

Peter: That’s up to the Boards of Directors of the companies with the stockpiles.

Brenda: CBA has 10 directors. And Telstra has 9 directors. It’s those people who decide? Is that right?

Peter: Yes. That’s how it works.

It’s up to them. There are some special rules for closely held companies to try to stop any shenanigans.

Qantas and the franking credit factory

John: How come Qantas did not release any franking credits last financial year? Didn’t it have any? Or did the directors decide to keep them?

Peter: Their stockpile was empty. Qantas’ 2017 accounts say it had zero franking credits in its Franking Account. At 30 June 2018 it only had $5 million.

Brenda: But Qantas is a really good company. Surely, it must pay a lot of tax. It should have a huge stockpile. It used to be owned by the government; like CBA, CSL and Telstra. What happened?

Peter: If you go back through its accounts you can see that it had a few bad years; 2012 was bad but 2014 was worse with billions lost.

There’s a sunny side to making a huge loss – Qantas gets a tax holiday.

According to its annual reports, Qantas was able to build up its tax loss account from near zero in 2009 to $3.2 billion by 2014. That gave it a tax holiday from then on, all the way till last year. Pay no tax to the franking credit factory – get no franking credits.

John: Okay. I get it – every company’s different. Some have franking credits. And even very profitable ones, like Qantas, may have none – because they don’t pay tax.

Brenda: And the shareholders, that’s us. We go to the ATO and hand in the franking credits. Like gift vouchers. To pay our tax or to get cash … depending on who we are.

Peter: Correct. Some never get redeemed, like our foreign Aunty Susan.

John: And if every shareholder was getting franking credit cash, like Penny the franking credit pensioner – the ATO would end up with none of the company tax CBA, BHP, Rio and Telstra pay.

Brenda: And if every shareholder was a foreigner, like Aunty Susan, the ATO could keep all the company tax which CBA, BHP, Rio and Telstra pay.

How did Qantas get itself a tax holiday? How did it end up with negligible franking credits to release? According to the ATO’s tax transparency data, Qantas had a taxable income of $344 million between 2015 and 2017 and the ATO says Qantas paid no tax.

Qantas discloses that it has been able to build a tax loss account from near zero to over $3.2 billion over the five years between 2009 to 2014 – and to use these tax losses for a tax holiday over the four years from 2015 to 2018.

We will have to wait until September 2019 to update this table.

When a company has accounting profits but has paid no tax (and has no franking credits), one way to benefit shareholders is generally thought to be for the company to buy back its own shares, on-market, to the extent that its directors consider that the company has surplus funds and the market price is right.

Qantas generated $4.8 billion in statutory profits and had a tax holiday from 2015 to 2018. If $1.95 billion of these profits had been used to pay 100 per cent franked dividends, Qantas would have released an additional $820 million franking credits, payable by the government.

But Qantas had paid no tax and had next to nothing in its Franking Account. So instead, Qantas bought back $1.95 billion worth of its own shares at prices ranging between $2.76 and $6.30.

The table above shows Qantas has paid $11 million in tax. Why does the Tax Office say Qantas paid zero? One answer may be that the tax may have been paid outside Australia.

Qantas’ 2017 partially franked dividends came with the note that Qantas has the benefit of “foreign conduit credits”. This enabled it to pay foreign shareholders dividends which were free of dividend withholding tax, despite those dividends not being fully franked.

Next Episode. Peter digs a little deeper. He tries to work out how much company tax the government gets to keep. And finds out how a company’s dividend “payout ratio” is one of the many things which affects the outcome.