Australia in 1958 when KPMG became auditor of Lendlease

Lendlease has had the same auditor since 1958. Back in the day when doctors and pregnant women were still advertising cigarettes, back when there were no blinkers on cars, so you had to put your hand out the window to indicate turning right or left.

KPMG has been Lendlease’s auditor for sixty years. It had been been the auditor for 17 years before Australia’s first colour TV broadcast, decades before the first mobile phone, before Google and Facebook were even conceived.

Over the past year however, a collapse in the construction giant’s earnings, and its share price, and revelations of a billion-dollar tax lurk in its retirement village business, have made Lendlease and KPMG fair game for scrutiny – the perfect specimens to reignite the debate for “audit rotation”.

Why would a company bother to switch auditor every six years or so if it could keep the same auditor for 60 years?

It’s a bad look, that’s why. Permanent auditors should not even be public policy. Auditors claim to be “independent”, professionally independent, the guardians of commerce – not captive box-tickers for management. Doctor and pregnant woman advertising smokes in the 1950s

A few recent pronouncements from the Tax Office suggest that Lendlease will belatedly have to admit to the share market that its published accounts have been wrong for the last six years.

For those not familiar with Lendlease’s tax position, here are the figures: over the four tax years 2014-2017, the ATO reports show Lendlease disclosed income of $33.54 billion. Lendlease reported profit after tax in that period of $2.89 billion and an average Return On Equity to shareholders of 14.12 per cent.

These figures present a very profitable company. But not a taxpaying one. In the same period, Lendlease has paid exactly zero in Australian tax.

That is no mean feat for an Australian-based company, without the usual multinational means and ends to shift the profits offshore. A significant contributor to Lendlease’s tax outcomes has been its retirement village business, which has generated over a billion dollars in tax deductions while making an economic profit.

As detailed in a story here last June, Lendlease has simply swapped the contractual arrangements with its residents from lease premiums to loans and harvested the tax deductions form doing so: no economic loss, no outlay, no cost. Just swap liabilities and, presto, sufficient tax deductions to cover the whole operation for six years.

And that may have been fine, save for the fact that Lendlease’s accounts have distorted the truth by treating the deductions claimed as permanent advantages, when they are just timing. “A magnificent tax dodge, but not permanent,” said one observer familiar with retirement village accounting.

In the Senate Inquiry last year, the Acting Second Commissioner told the inquiry: “I think there is a suggestion that there is a double dip somehow in both having some sort of depreciable cost from the assumption of liabilities and getting a reduced capital gain when things are sold.

“There is a ruling in consultation as we speak that will confirm that in our view there is no double dip … I’m sure there will be many interested readers of the ruling when it is ultimately issued.”

The ATO also provided this written statement to the Senate: “When an entity buys a retirement village, the cost base of the land and buildings asset (the village) will include the money paid by the company for the village.

Questions were put for this story but a spokesperson for Lendlease said the company declined to comment.

That Lendlease declines to respond to specific questions regarding its tax imbroglio is telling. The company is usually keen to rebut stories it does not agree with such as bits of this coverage of the Sydney Football Stadium by investigative journalist Wendy Bacon.

KPMG, for its part, either did not know, or has been complicit in the double-dip. In any case – despite the usual auditor protestations that anything that goes wrong is the fault of directors, not them – ignorance is no excuse. Same deal for Lendlease directors. Although it is plausible they did not know earlier, and relied on assurances from management that everything was okay, they can hardly still adopt a stance of ignorance.

Part of the challenge, and the lag-time in response by all involved, is the complexity of the subject matter at hand. Let’s distil it in a simpler story.

Once there was a poor punter who bought a block of land. He bought the land and leased it to run cattle. The owner became aware that the trees on the land were valuable, and started selling the timber. The proceeds from the timber sales were assessable income.

The Tax Act allows you to allocate some of the land’s purchase price to the cost of the trees. So those deductions for the trees are offset against the timber sale proceeds.

Just why LendLease can get a deduction for part of the cost of their retirement villages, and still include it in the cost base, would be of great interest to our poor timber seller. The ATO released something right on the money on May 13 this year: a private ruling.

Importantly, the ruling also states that the cost base of village to the purchaser is reduced by any amount in the cost claimed as a deduction (noting s110-45(2)). 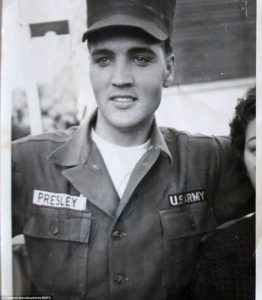 1958: Elvis Presley joins the US Army

We have asked Lendlease just why the rule that says you cannot double dip applies to everyone else but not them. Can you explain why the ATO is wrong? Can we see your advice on the point? There was no meaningful response.

In his March 14 address in Hobart, the ATO Commissioner said he would be looking at deductions claimed in the property sector. He noted that 2.1 million taxpayers claimed 47.4 billion in deductions. That’s an average claim of just under $22,600.

Meanwhile, LendLease has claimed over $1 billion of deductions without outlaying anything (they simply swap liabilities) and have used those deductions to avoid tax for six years – tax which LendLease claims will never be paid because they can double dip!

From the most recent Lendlease tax Report: Lendlease seeks to assess the tax risks of all transactions before committing to the transaction and ensures that adequate processes are in place to meet all on-going tax and compliance obligations that arise from our operations.

If this is so, Lendlease assessed the tax risk of double-dipping before it committed to the transactions. As the tax law that says you cannot double dip is apparently applying to everyone but Lendlease, and as Lendlease assessed the tax risks before they started on what appears to be one of the biggest tax accounting rorts in Australia, it is hardly asking a lot for the company to publish its advice. We have asked; no response,

It is likely, had KPMG been auditor for six years, rather than sixty, that it would have picked this up. While another Big Four firm, PwC, was involved with the retirement villages transactions in question, KPMG as auditor approved them.

Conflicts of interest and the destruction of value

Lendlease’s 2018 accounts show KPMG was paid more than $7 million for its audit services, “non audit services” and “other assurance services”. Did this include tax services? Is the same firm – as so often happens with the Big Four – doing the audit and advising the company on reducing its tax obligations as well?

The failure of safeguards on Lendlease management – safeguards such as directors and auditors not being asleep at the wheel –  has been destructive for shareholders and taxpayers alike.

Why have the same auditor for 60 years? You could put this question to the peak professional body, Chartered Accountants Australia and New Zealand; you could put it to CPA Australia, or the Australian Accounting Standards Board, or even the elusive Financial Reporting Council.

A credible compelling answer would not be forthcoming. The Big Four have stacked these institutions and they don’t want to compete in audit. Rather the 1958 status quo. It should be said that Lendlease and KPMG are certainly not alone. The failure to introduce audit rotation has fostered captive and sleepy auditors across the spectrum.

It has left audit as a “loss leader”. The temptation being to use audit to rake in other consulting fees. It is a massive compromise made worse by the fact that regulators don’t insist that these compromising relationships are fully disclosed.

Perhaps the nation’s sleepiest regulator, the Financial Reporting Council, claims it “is responsible for overseeing the effectiveness of the financial reporting framework in Australia”. If so, what does it have to say about all this?

This reporter has made attempts to interview the chairman Bill Edge but Bill – and apparently everybody else at the FRC – despite being funded by taxpayers, have shown no interest in public accountability.