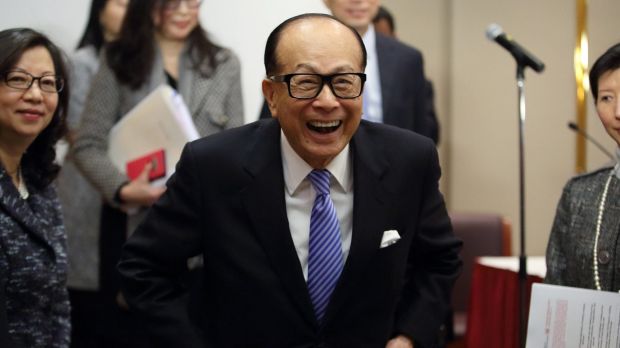 Along with the man who singly controls a larger chunk of Australia’s energy assets than any other – Hong Kong billionaire Li Ka-Shing – the corporations likely to bid for the privatisation of NSW utilities share one thing in common: they are arch-exponents of aggressive tax minimisation.

Li Ka-shing and Spark Infrastructure – both big players in the Victorian and South Australian electricity markets – have been sued by the Australian Taxation Office. So avid a tax minimiser is Asia’s richest man that he is now shifting his $30 billion business empire from Hong Kong to the Cayman Islands. The taxes are too high in Hong Kong apparently. A compelling case exists, therefore, for getting the Tax Office involved in prospective privatisations. Any privatisation ought to involve a guarantee there will be no fancy trust structures, no stapled securities, and no related- party transactions with overseas entities. Simply, the order of the day should be: set up a company and pay the corporate tax rate.

In this way, Australia’s energy customers and taxpayers, already reeling from a 100 per cent rise in prices in just five years, can be protected from devious structures designed to reroute profits to tax havens.

The sale of public assets to the likes of Victorian electricity providers Spark and SP Ausnet, Singapore-controlled Jemena, APA, Duet – indeed Sydney Airport – has resulted in billions in profits being siphoned abroad to investors who pay nothing near the 30 per cent corporate tax rate.

Check this out from the notes to the accounts: “100-year loan to Victoria Power Networks at a fixed interest rate of 10.85 per cent per annum. The loan is repayable at the discretion of the borrower.”

As a trust, Spark pays zero tax. Its underlying operations, Victoria Power Networks (Powercor and Citipower) and SA Power Networks Partnership, pay a bit, though little on the massive profits they make, and their co-owner is Li Ka-shing.

This Hong Kong billionaire is on a roll in Australia. In October 2014, companies controlled by Asia’s richest man bought Envestra, one of Australia’s largest natural gas distribution companies, for $2.37 billion and changed the name to Australian Gas Networks Ltd. This company owns strategic gas distribution networks and transmission pipelines in South Australia, Victoria and Queensland as well as in smaller centres in New South Wales and the Northern Territory. The company supplies more than 1.2 million customers.

Li Ka-shing’s companies floated Spark as a public company in 2005 and continue to hold an 8 per cent interest in Spark Infrastructure via Cheung Kong Infrastructure Holdings Ltd and Power Assets. It would be interesting to know if he pays any tax on his investment in the trust because he is now uprooting his empire in Hong Kong and moving to the Caymans.

In May 2014, Spark also bought a 14 per cent stake in DUET Group – another tricky stapled trust structure listed on ASX that owns a bunch of gas pipelines.

The APA Group sold its 33 per cent interest in Envestra to Li Ka-shing’s companies and continues to operate the Australian Gas Network pipelines.

In 2013, two of Li Ka-shing’s companies that own the energy infrastructure were sued by the ATO for unpaid taxes, interest and penalties of $760 million for taxes owed between 2000 and 2009. A federal judge ruled in favour of the ATO after the companies failed to lodge any documents in the case.

Li Ka-shing’s investments in Australia’s energy infrastructure have produced significant profits, according to parent company reports. In June 2014, the Adelaide Advertiser reported that SA Power Networks made after-tax profits of $420 a year from each customer compared with $92 for another Li Ka-shing-owned utility in Britain. SA Energy Minister Tom Koutsantonis stated, “I will be writing to the federal regulator and to the Prime Minister Tony Abbott to say that it is unacceptable for a regulated company like SA Power Networks to make super-profits from its customers.”

Li Ka-shing is said to make four times the profit from his South Australian operations than from his British power assets.

The rub for the government of NSW, which is likely to defeat Labor in the elections this weekend and therefore win its mandate to privatise the poles and wires, is that these foreign players and tax-scamming trust structures can afford to pay a higher price than other contenders because they don’t pay much tax.

That consumers have suffered a doubling in energy prices in the past five years, and that large profits have gone overseas, is bad enough. That the beneficiaries have dodged paying tax on these profits is especially repugnant.