Concerns are being raised about the ‘boofhead diplomacy’ being conducted at the highest levels of China/Australia relations. But apart from the Murdoch tabloids urging all and sundry to call out China whatever the cost, who else is in their camp? Hamish McDonald finds out .

No doubt the foreign editors of the “quality” media imagine that Chinese ambassador Cheng Jingye and his diplomats await their thundering reports with trepidation before passing them on to Beijing.

But no. It’s actually less august journos in the Murdoch tabloids that are getting Xi Jinping’s goat and setting relations with China into a downward spiral. 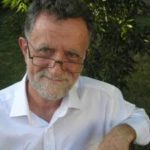 As pointed out by the China scholar, John Fitzgerald, this week, the first big sign of this came in a People’s Daily editorial on April 28 under the byline Zhong Sheng, a pseudonym meaning “Voice of the Centre” and to be assumed, Fitzgerald says, as “the voice of Xi, one or two steps removed”.

“The Daily Telegraph newspaper in NSW recently defaced China’s national emblem, evilly associating COVID-19 with China,” the editorial opened, referring to a graphic putting a coronavirus crown on the emblem. It seems to have been the final straw, after calls by Scott Morrison and Marise Payne for an “independent” inquiry into the origins of the virus. Fitzgerald sees the piece as a sign of a top-level decision to punish Australia.

Meanwhile, that very day and the days following, the Telegraph was reporting a front-page “exclusive” by Sharri Markson that the Five Eyes intelligence agencies were investigating whether COVID-19 might have been released accidentally from the Wuhan Institute of Virology. Further “exclusives” referred to a secret Five Eyes dossier that turned out to have been a collection of press clippings by US Secretary of State Mike Pompeo’s team.

The Daily Telegraph’s “bombshell” Wuhan lab dossier is dismissed by the intelligence community, with claims it was leaked by the US embassy. #MediaWatchhttps://t.co/szfVmzQZhn pic.twitter.com/V79TVRu8cT

Last Sunday, the Murdoch tabloids were at it again, with an “exclusive” that the Sydney-based Institute China Matters had had its funding cut after concerns it was lobbying against Australia.

From the Murdoch press.

The claimed offences were that a former executive of China Matters supported Australia signing up to Xi’s Belt and Road Initiative (BRI); that its founder, the Finnish sinologist Linda Jakobson, had urged “caution” on the Federal Government’s legislation on foreign influence; and politicians taken on its trips to China had met with Communist Party agencies. 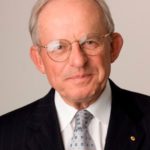 Mugshots of all the China Matters board and advisory panel were published as part of this operation portrayed as selling out Australia. Not surprisingly, they are incandescent. Board chairman former Macquarie Group, Kevin McCann, has written to News Corp complaining about “demonstrable falsehoods and defamatory insinuations about the work of China Matters, and the supporter circle of the organisation”.

“China Matters does not, has not, and will not lobby against Australia or the Australian national interest,” McCann said. “Advocacy of ongoing engagement with the PRC does not make one a stooge of the Communist Party of China or an agent of influence. What is detrimental to Australia’s national interest is the labelling of such people as pro-Beijing.”

Belt and Road is a particular thing with News Corp’s phalanx of columnists, who were barraging Daniel Andrews for signing Victoria up to it. Now Trade Minister Simon Birmingham has admitted that Australia might be joining China in third country BRI projects under a deal signed by his predecessor Steve Ciobo. 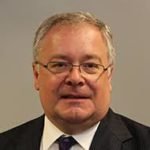 But who is urging us to call out China whatever the cost, and who are their media friends? A guide has come our way from a well-placed observer in Canberra. Peter Jennings, head of the Australian Strategic Policy Institute (ASPI), is one, supported by staff such as Alex Joske, who spent part of his childhood in Beijing and helped Australia Institute founder, Clive Hamilton, write his contentious book Silent Invasion about Chinese infiltration. 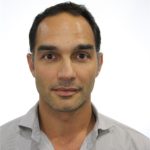 Morrison’s cabinet secretary Andrew Shearer is another, along with Payne’s chief of staff, Justin Bassi. Then there are the self-styled “wolverines” in parliament, including Andrew Hastie and James Paterson. The strongest China expertise in this circle comes from former Beijing correspondent John Garnaut and academic John Fitzgerald, both ASPI fellows. The outer circle includes a number of hawkish journalists such as Nine’s Peter Hartcher, Chris Uhlmann and Nick McKenzie, and the ABC’s defence reporter, Andrew Greene. Now the tabloids are joining in.

But as Jenny Gordon, senior economist with the Department of Foreign Affairs and Trade, pointed out at a conference last November, they tend to think differently from economists. “We live in this trade-off world, and they [national security officials] tend to live in this more absolute world.”

Foreign Minister Payne seems shielded from such expertise, judging by her speech to the ANU’s National Security College on Tuesday. As well as berating China, along with Russia and Turkey, over fake news spreading on Twitter and other social media about COVID-19, she excused Morrison and herself for losing trade worth several hundred million dollars, in what ANU trade expert, Peter Drysdale, and his colleagues have called “boofhead diplomacy”.

Beijing saw investment access its main gain from the Free Trade Agreement signed with Tony Abbott’s government. Now that access is being squeezed due to national security fears. Australia’s exports to China outside the big items of coal, iron ore and LNG have risen 72% since the FTA as compared to 13% elsewhere. So much for the exhortations from the security camp to diversify away from China. If only it were that easy.

This pandemic has seen the withdrawal of some ambassadors and consuls by DFAT and Australian media correspondents from some postings in Asia and Papua New Guinea. Some have stuck it out, including the Australian Financial Review’s Michael Smith in Shanghai, the ABC’s James Oaten in New Delhi and Bill Birtles in Beijing. Others have failed to get to their new postings, including the new SMH-Age man in Beijing Eryk Bagshaw, and the ABC’s Sarah Ferguson, because China stopped issuing visas. DFAT and the media have left their people in the US and UK, two of the countries worst hit by COVID-19. Surely high commissioner, George Brandis, and London-based journalists were at more risk from proximity to Prince Charles and Boris Johnson than was Jakarta ambassador, Gary Quinlan, in his fortress-like embassy?

This is the first of a fortnightly column on how the Australian media covers, or ignores, Asia. Suggestions and examples are welcome to: [email protected]

The above article was first published in Pearls and Irritations and is republished with permission.

Hamish McDonald has been a correspondent in Jakarta, Tokyo, New Delhi and Beijing, and was Regional Editor of the Far Eastern Economic Review in Hong Kong and Foreign Editor of The Sydney Morning Herald. He has won two Walkley Awards for reporting from Asia and was made an Inaugural Fellow of the Australian Institute of International Affairs.