Stopping Adani is a no-brainer — economically, financially and for our survival The Adani pile-on continues apace this week with Bob Brown’s Stop Adani convoy, Queensland Government’s rejection of the miner’s management plan for the endangered Black-Throated Finch and the UK’s upping of the global stakes with its “climate emergency”. Ian Dunlop sums up why Adani must be stopped.

CENTRAL BANKS, regulators and insurers are starting to acknowledge that the risks of human-induced climate change will have far greater economic and financial consequences than the 2008 Global Financial Crisis. Likewise, global investors and corporations are finally accepting that climate risk is fundamentally changing their business models.

The two mainstream journals who would immediately lay claim to the title, are The Australian and the Australian Financial Review (AFR). The former long since abandoned any objectivity in addressing climate change, becoming more hysterically denialist by the day as the prospects of serious climate action increase. Indeed, the Murdoch press have already inflicted a massive cost on the community by using their influence to delay sensible climate policy implementation; for which they will be held accountable legally in due course.

The AFR for many years maintained a semblance of balanced reporting, but of late seems intent upon outdoing the denialist stance of The Australian. To wit, a recent AFR Editorial (“Approve Adani and end the age of activists”, AFR 11th April 2019), railing against the continuing delay in approving the Adani Carmichael coal mine, claiming it is “an embarrassment to Australia, and governments that have kowtowed to activists”.

It is reprehensible that, in 2019, the AFR can publish an editorial replete with minutiae but completely ignore the main reason Adani has not, and should not, be approved. Namely the existential threat to the survival of humanity which we now face from climate change. If Adani proceeds, it will inevitably lead to the opening up of the entire Galilee coal basin with development of several more mega-coal mines, making a disastrous climate situation immeasurably worse. Scott Morrison and Bill Shorten both assure us any decision on Adani will be based upon the science. But the real science tells a very different story from the politically-massaged version currently being served up:

Three decades of predatory delay by political, corporate and media incumbents mean it is now impossible to limit temperature increases to 1.50C, and probably to 20C unless global leaders rapidly unite in support of fundamental change.

To open up a new coal province, indeed any new fossil fuel investment, in such circumstances is simply suicidal, socially, economically and financially. The typical justifications for Adani are indefensible.

After Clive Palmer spending $50+M & with the help of @LiberalAus, we can assume the purchase of a senate seat has something to do with stopping the;
[Galilee Basin (Coal Prohibition) Bill 2018] #auspol pic.twitter.com/oWRfYVNC4H

Supplying coal to India will increase poverty rather than alleviate it. India is already suffering from climate extremes as temperatures, drought and extreme rainfall events escalate. The fact that Galilee coal may be slightly better quality than alternatives is irrelevant. India has better energy alternatives with the rapid spread of renewables.

The drug dealers argument: “if we don’t supply, others will”, quite apart from its ethical irresponsibility, holds no water in a world where coal demand will drop dramatically.

Claims that Adani is essential to the development of Northern Australia, improving job opportunities and economic growth, are grossly misleading. It is one of the regions most exposed to climate change. Preliminary impacts are blindingly obvious with extensive drought on the one hand and the disastrous Townsville floods on the other, let alone the destruction of the Great Barrier Reef.

Developing Galilee coal would add around 1.3 times Australia’s total domestic emissions to the annual global total when it should be rapidly reducing. This would contribute substantially to worsening climate impact, playing havoc with northern agricultural production and communities. Not much point in developing an energy resource which destroys the industries and jobs it is supposed to create.

Northern Australia development should be built around renewable energy which is now cheaper, more reliable and dispatchable than coal, coupled with the sensible application of science, which the government is so keen to encourage yet ignores in a climate context.

Conventional wisdom has it that Australia is such a small player in the emission stakes, our domestic emissions being only 1.3 per cent of the global total, that anything we do domestically, such as Adani, is irrelevant to addressing the global problem. Utter nonsense. As LNG exports increase, we are about to become the fourth largest carbon polluter in the world when fossil fuel exports are included, as they must be given that the climate impact rebounds on us irrespective of the point of consumption. What Australia does matters where climate change is concerned.

If Adani proceeds, the economic cost to Australia from misallocation of capital , diversion and misuse of resources, particularly water, stranded assets and worsening climate impact, will be massive, far outweighing any short-term financial and employment benefit.

As for activists, if the incumbency is not prepared to honestly face up to the science and evidence of climate change, then do not expect the community to sit transfixed as rabbits in the headlights waiting to be run over by the proverbial climate truck. The community will act, as increasing civil disobedience worldwide demonstrates. Approving Adani will generate more activism not less.

It is time to set aside ideology, denialism, and the minutiae of electioneering and party politics. We face a climate emergency which requires an all-encompassing commitment to do whatever it takes to address this existential challenge, akin to wartime. There is nothing more important. Alarmist? Certainly, long overdue, but a view which is increasingly echoed by responsible people globally.

Over the last two decades, not a single decision on climate and energy policy has been based on a real acceptance of climate science – “political reality” has dominated, creating the current shambles. Those days are over; this is no longer a matter of right or left politics, but of national survival. We need the best leaders, co-operating with the best scientific, technological, economic and social expertise available to accelerate our transformation to a low-carbon world.

The Coalition cannot be trusted, as their current denialist policy offerings demonstrate. The ALP are marginally better, but cannot continue sitting on the fence over issues such as Adani. Much more is required than either party are offering, and much faster. Neither Morrison nor Shorten show the leadership capacity to honestly articulate the challenge and build community support for action. That will have to come from elsewhere, not necessarily from politicians.

In this context, a responsible media should be playing a critical, constructive role assisting the transformation, particularly in the economics and financial arena. At present our “foremost commentators” are abjectly failing in their fiduciary responsibility to provide a balanced, objective view to the community they should be serving, apparently in the mistaken belief of short term political and financial gain. Absent rapid action, they will have to live in the chaotic world they are helping to create.

The AFR, in its own self-interest, should join the leaders, not remain stuck in blinkered denial. The real “embarrassment to Australia” is government and media that cannot face reality. 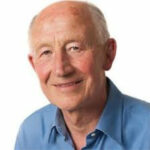 This article was published in Pearls and Irritations and is republished with permission. 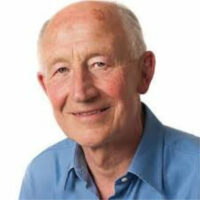