“Scientifically Indefensible”: how a $13 billion political fix is killing the Murray Darling Basin The federal government continues to squander $13 billion of taxpayers’ money in an unlawful mess that was supposed to fix this country’s greatest environmental catastrophe – the destruction of the Murray Darling Basin. It is a tale of political interference, scientific censorship and deception, pressure from lobbyists and bureaucratic cowardice. Richard Beasley SC reports.

Never before this year has “the rule of law” been so frequently mentioned by our politicians in Canberra. What a precious thing they now seem to think it is. It’s a pity this rule of governance gets no look in when it comes to Australia’s most important environmental laws – The Water Act and The Basin Plan.

The drafting and enactment of the Basin Plan is a tale of political interference, scientific censorship and deception, heavy pressure from lobbyists, bureaucratic cowardice, and the general bastardry of what “Canberra” generally does when it comes to the environment.

And although this disaster is more than 11 years old, it is again rearing its ugly head because of a political deal done three years ago.

First Nations groups were promised $40 million in 2018 from the government so that water entitlements could be bought for them. The government has still not handed over any money or water, and the Elders and Leaders of our Aboriginal Nations are now having their patience tested.

They are also concerned the government might redirect the money, which was not officially part of the plan to save the Murray Darling river system. Rather, the $40 million was part of a rotten deal to prevent the Senate from disallowing amendments which have now been passed and that have defrauded the rivers and ecosystems of the Basin of 70 billion litres of water per year.

But first some context.

A work of art

The Water Act 2007, a work of art, was passed in the dying days of the Howard government. The Millenium Drought (officially 2001-2010) was wreaking catastrophic damage – environmentally and economically. Along with the certainty of a hotter and drier future, it was widely recognised that if we kept pumping the Murray and the Darling dry to grow crops, we were going to kill our environmental treasures – the great wetlands and forests from Southern Queensland down to the Coorong in the South.

The Water Act stated that only an “environmentally sustainable level” of water could be taken from the river system. We could still grow cotton, almonds and rice – but just not so much that we wipe out every native fish and tree while doing it. Furthermore, this environmentally sustainable level of use had to be decided on the basis of the “best available scientific knowledge”. Not what the Nationals say or what the Greens say. Just science.

The Murray Darling Basin Authority (MDBA) was charged by parliament with drafting a Basin Plan. When it produced a draft of the Plan, in late 2010, it stated that between 4000 and 7000 gigalitres per year had to be returned to the rivers, with 7000 representing a high chance of saving the river system.

Irrigation lobbyists got to work, and less than a year later, the amount of water to be returned to the environment from irrigators and other users had magically dropped to 2750 gigalitres per year: a volume of water Bret Walker SC found in his Royal Commission report into the Basin Plan to be not within a bull’s roar of being based on science, or legal.

The MDBA claimed it reached this figure by using a “more robust” approach to modelling – but refused to release in full the modelling. Basically they said they “changed” their “modelling”. That’s it.

Rivers, wetlands, forests, native fish, trees, plants and other flora and fauna that the science had said need 7000 billion litres of water more per year to have a good chance of survival suddenly and miraculously were said to have a good chance by getting about 10 Sydney Harbours of water less per year. Try finding a good scientist who can explain that.

The CSIRO, meanwhile, said it had no idea how the MDBA had arrived at this volume of water, and produced a report indicating this volume would not meet necessary flow targets for good ecological outcomes.

Walker found that based on the sworn evidence before him the 2750GL figure had been arrived at by a “political fix”, not science.

In 2009, when the MDBA was putting the Plan together, the CSIRO told the authority it had to incorporate climate change projections into its modelling – something that was essential for a Plan into the future.

When the MDBA refused to incorporate such projections in determining the volume of water the environment needed to survive into the future, the CSIRO, and Walker, described this as “scientifically indefensible”. That doesn’t seem to bother the MDBA.

The amount of water our environment is said to need to stop its ongoing degradation is based on historical climate records from 1895 to 2009. Does that sound like best science? And how can a Commonwealth agency like the MDBA just decide it can ignore the advice of our leading Commonwealth science agency?

Later, in 2011, the MDBA engaged the CSIRO to prepare a report on the benefits to the environment that would be achieved by a plan that returned 2800GL to the rivers on a yearly average. The CSIRO scientists used a traffic light system in its tables to make it easy to understand how many essential ecological targets set by the MDBA would not be met by such a plan. The MDBA didn’t appear to like such transparency – it requested CSIRO remove the traffic light system. Fancy the MDBA wanting readers to understand CSIRO’s report?

The MDBA also asked the CSIRO to alter the language of its results to make them – well, arguably appear a bit better for the environment. So, as only one example, people within the CSIRO – but not the scientific authors of the report – agreed to change:

“High elevations of floodplains are likely to become increasingly vulnerable under the 2800 scenario, and their capacity to continue to support river red gum and Black Box communities is compromised.”

The chief CSIRO scientist in charge of writing this chapter of the report gave sworn evidence to Walker’s Royal Commission that he was told that if the changes weren’t made, CSIRO management was worried it would not get paid for the report. The witness described it as “scientific censorship’. Again, such behaviour might not comply with everyone’s understanding of “the rule of law”.

Northern Basin Review and ‘the rule of law’

Under the Plan as enacted in 2012 the Northern Basin – the southern part of Queensland and the northern part of NSW – only had to return 390 gigalitres per year on average to the river systems. However in 2017, after a leisurely four-year review, the MDBA decided that the Northern Basin should only have to give up 320gigalitres per year. The environment was to lose 70 billion litres a year.

Again, there was no adequate, publicly disclosed science behind this – a clear breach of the law. At first such egregious conduct was even too much for our politicians, and in February 2018 the Senate was prepared to disallow an amendment to the Basin Plan to reduce it from a 2750GL plan to a 2680GL plan.

In response, NSW and Victorian threatened to “walk away” from the Basin Plan (whatever that means). That’s when our politicians hatched a deal, which in part involved a commitment to provide $40 million of water to First Nations peoples (they should have a lot more than that already, by the way).

According to Walker, who reviewed the evidence presented around the Northern Basin Review:

Among a number of eminent scientists, Professor Richard Kingsford gave evidence to the Royal Commission about the ongoing damage to the wetlands and floodplains of the Northern Basin from both water over-extraction and climate change. His evidence was of widespread degradation – the wetlands and floodplains we are so casually destroying are the “engine room for riverine ecosystems”.

And while the MDBA stated a potential loss of up to 200 jobs unless the 70 billion litre cut happened – and no one should be blasé about job losses – Walker found that the economic evidence provided to support assertions that there was some proportional relationship between a reduction in water for consumptive uses and job losses could be debunked by an “economics undergraduate”.

All up, Walker found that the Murray Darling Basin Authority was “chronically unfit … to meet its clear statutory requirements for transparency” in regard to its explanation for the Northern Basin Review

The Water Act – that thing we can call the law – was utterly ignored in the Northern Basin Review. A breach of the rule of law for $40 million (still not delivered three years later) plus a few add-ons. Worth it? I doubt it. 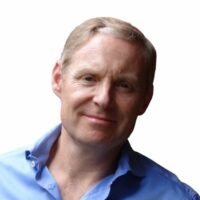 Richard Beasley SC was senior counsel assisting the Royal Commission. His book “Dead in the Water: A very angry book about our greatest environmental catastrophe … the death of the Murray-Darling Basin” has just been published by Allen & Unwin.