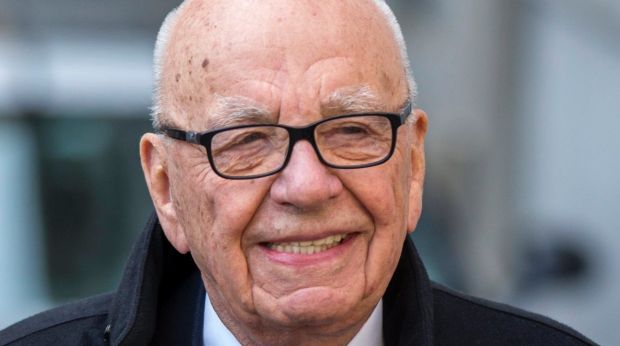 Rupert Murdoch’s media empire in the US has siphoned off $4.5 billion of cash and shares from his Australian media businesses in the past two years, virtually tax free. Michael West reports.

According to calculations by University of NSW accounting academic, Jeffrey Knapp, over the past 10 years, Mr Murdoch’s companies here have paid income tax equivalent to a rate of 4.8 per cent on $6.8 billion in operating cash flows, or just 10 per cent of operating profits.

News Corp Australia chief executive Julian Clarke is scheduled to appear before the Senate Inquiry into Corporate Tax Avoidance this week along with executives from Google, Apple, Glencore, Rio Tinto, BHP and Fortescue. The inquiry has been called to address rising community concerns that multinational companies are not paying their fair share of tax in Australia.

Two pages of detailed questions were put to News about its accounting practices. The response from a spokesperson for the company was: “Our financial reports comply with Australian Accounting Standards and the Corporations Act 2001, have received an unqualified audit opinion and are filed with the regulator, ASIC.  Beyond this we have nothing further to add.”

Normally a company will return cash to its offshore parent by way of dividends from shares or interest from loans. These however attract withholding tax. News has justified its practice of “repatriating” cash – $1.3 billion only last year – by making a “return of capital” to its New York parent.

In order for this capital to be returned, it had to be created in the first place. This was done via a transaction in late 2004 whereby News interposed a $2 company at the top of its web of Australian companies. This company, News Australia Holdings, then issued 77 billion shares to News Corporation in New York, the seat of Murdoch’s global media empire. Those shares were issued to acquire the shares of the previous Australian holding company.

In other words, Company A (News Australia Holdings) acquired Company B (the previous holding company) by issuing 77 billion shares to News Corporation.

As part of the accounting for this transaction, there is a $7 billion increase in intangibles and consequently in the share capital in News Australia Holdings as well. Although the intangibles were reversed the next year, the inflated share capital remained the same and News has used this share capital to return billions in cash years later.

The result of this “magic pudding”, said Mr Knapp, is that “share capital ballooned by $7 billion for a temporary adjustment to intangible assets that has the character of internally generated goodwill”.

“As a result of doing nothing more than putting a new $2 company at the top of the Australian group they later returned that capital in cash and shares with little tax consequence.”

Had these recent distributions been classed as dividends, News could have contributed a further $1 billion in tax to the Australian public purse. Dividends incur withholding tax at a rate of 30 per cent.

Asked whether News should be producing general purpose accounts, Professor Walker said: “It’s plainly anomalous that local subsidiaries of major multinational corporations can themselves decide they are not ‘reporting entities’ – and hence that they don’t have to comply with all Australian accounting standards.

“The test is whether there are any users who might rely on published financial statements to make, or to evaluate, economic decisions.  If directors say that some large proprietary companies are not ‘reporting entities’, they are ignoring the legitimate interests of employees, employees’ representatives, creditors, and the Australian Tax Office.

“The Corporations Act should address this shortcoming.”

Besides the questionable level of disclosure, there are a number of accounting irregularities in the News Australia Holdings accounts, including the strange claim that various subsidiaries of the company do not have to file financial statements because they are entitled to class order relief from the Australian Securities & Investments Commission.

This is not the case, according to Mr Shanahan.

“To gain this relief, all the companies covered [by the class order] must be wholly-owned by News Australia Holdings and covered by a cross-guarantee of indebtedness,” he said.

News Australia Holdings does not own any shares in 20 subsidiaries. The New York parent News Corp and other offshore entities are the shareholders. They are not party to the deed of cross guarantee. Therefore News Corporation presents in the accounts of News Australia Holdings as being, at the same time, non-controlling and controlling shareholder.