At any level of development in any country, but especially from upper-middle incomes, growth momentum can be broken by adverse developments of several kinds. Ross Garnaut reports.

NOTING THE risks to the continuation of strong growth, I said in my contribution to the book that marked 20 years of Chinese reform that it was more likely than not that ideas about policy, policy itself, institutions and the knowledge of Chinese people would evolve with the experience of rapid growth in ways that would sustain it.

It is more likely than not, I wrote, that output would double and double again over the next two decades.

Economic growth in China would not end in national environmental catastrophe. Rising incomes would bring both the will and the economic capacity to do something about domestic environmental degeneration. China’s sustained, rapid growth would raise larger, global environmental issues, but not just for China.

What is most likely for the next decade?

The conventional economic threats to growth are less daunting now than at any of the first three decadal anniversaries.

The biggest risks for the decade ahead lie in the possibility of mismanagement by China and other major states of adjustment to China’s emergence as the world’s largest economy and, by many measures, its most powerful state.

The most recent data from the International Monetary Fund (IMF 2018) calculate China’s share of global GDP measured in purchasing power at 18.7 per cent, compared with 15.1 per cent for the United States. A reasonable assessment might suggest a differential between Chinese and US growth rates averaging near three percentage points from now through the 2020s. The realisation of such an outcome would take Chinese purchasing power to roughly double that of the United States by 2030.

By this measure, the World Bank (2017) estimates that the US economy was two-thirds larger than China’s in 2016.

Purchasing power estimates of output systematically exceed national accounts calculations in developing countries for a good reason: wages are lower in the developing country, so domestic goods and services are valued less highly.

The rise of Chinese average incomes into the range of the developed countries takes us into unknown territory in relation to the capacity of established Chinese domestic political institutions to manage the stresses of structural change.

China’s social and economic change over the past four decades has led to many political changes, although not a fundamental change in the Leninist political superstructure. Indeed, there has been increased centralised concentration of authority over recent years.

Going forward, there will be argument across the world about whether government for the people is possible without representative government by the people. There will also be more searching questions asked about the quality of government delivered by competitive democratic political systems in the old developed countries.

Without careful structuring of the terms of competition, it is likely to lead to suspicion and disruption, causing a failure of international cooperation at a time when it is essential for global peace and development.

Success in China and in the high-income countries as China moves towards the fifth decadal anniversary requires an explicit or implicit twenty-first-century grand understanding of these issues. 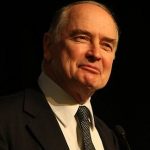 This is an edited extract from Ross Garnaut’s contribution to “China’s 40 Years of Reform and Development 1878-2018”.

Ross Garnaut is Professorial Research Fellow in Economics at The University in Melbourne. He was Australian Ambassador to China (1985-88).

The article was originally published in Pearls and Irritations and is republished with permission.

Public support is vital so that this website can continue to investigate and publish stories that tell truth to power. Subscribe with a monthly contribution if you can, join our newsletter if you can not make a financial contribute, share and like posts.
$5 per month
$20 per month
$100 per month 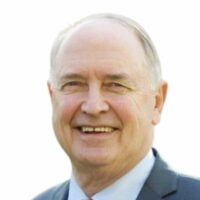 Ross Garnaut is Professorial Research Fellow in Economics at The University in Melbourne. He was Australian Ambassador to China (1985-88).