Rio Tinto: ditch the colonial baggage and get with a 21st-century program Rio Tinto has just announced an astronomical profit, largely on the back of its continued exploitation of Indigenous land in WA. Yet Rio still does not have an Indigenous Australian in a senior executive role. To maintain its social licence the company must also move its headquarters to Australia and up its royalties, writes Stephen Mayne.

​London-based mining giant Rio Tinto, which has become infamous after blowing up Indigenous cultural sites in the Pilbara, this week revealed another massive half year profit courtesy of its enormous West Australian iron ore division.

The record profit of $US7.7 billion is so astronomically large, it is worth reflecting on what might have been if Labor had stuck to its guns and introduced Ken Henry’s proposed Resources Super Profits Tax 10 years ago, rather than handing tens of billions of state-owned wealth to the likes of Gina Rinehart, Twiggy Forrest, Clive Palmer, and the majority foreign-owned Rio Tinto and BHP.

In fact, Rio Tinto has literally made almost $200 billion in operating profits from its WA iron ore operations since Rudd was rolled and most of that has disappeared into the hands of foreign shareholders.

As slide 16 in the results presentation showed, Rio Tinto shipped 159.6 million tonnes of iron ore at an average price of $US85.40 a tonne over the six months to June 30.

This generated $US11.5 billion in revenue and $US7.7 billion ($A10.63 billion) in operating profit (EBITDA) over the six-month period – a profit margin of 72% given that it only costs the company $US14.50 a tonne to dig up and send the iron ore to its ships using union-busting driverless trains. The market loved the result and sent its shares to a 13-year high of $104.50 on Thursday, valuing the company at $145 billion.

Fast forward 10 years and the WA Government is lumbered with a state debt exceeding $50 billion, while The AFR’s Rich List values Gina Rinehart at $21.2 billion and Andrew “Twiggy” Forrest at $17.6 billion. Twiggy’s 36.25% of Fortescue is valued at $19.6 billion. Given his personal dividends are approaching $2 billion a year, Twiggy’s wealth is now arguably closer to $30 billion – all from digging up a state-owned resource.

At least Gina and Twiggy actually built and run iron ore mines: Clive Palmer’s estimated $10 billion wealth largely comes from iron ore royalties generated by his Chinese Government partners in the Pilbara. With iron ore prices booming, these royalties are estimated to be running at close to $800 million a year for Clive.

But there’s something not quite right about three individuals amassing a $60 billion pile exploiting state-owned iron ore assets.

Then there’s the two giants of the iron ore industry, the majority foreign-owned Rio Tinto and BHP, which together make operating profits of more than $100 million a day from their enormous WA operations, some of which ends up in the pockets of the Chinese Government.

Moreover, the Chinese are notorious for their appalling treatment of minorities while Fortescue hasn’t covered itself in glory by litigating hard to minimise payments to the Yindjibarndi people over land access arrangements for its Solomon Mine. It was only a few weeks back that the High Court rebuffed Fortescue’s attempt to challenge an adverse decision by the full Federal Court.

But this was nothing on Rio Tinto’s outrageous decision in May to blow up ancient indigenous heritage at Juukan Gorge in the Pilbara to expand its iron ore operations.

The decision to destroy the 46,000-year-old Aboriginal cultural site could prove extremely damaging and the company this week said it was “engaging extensively with Traditional Owners, including the Puutu Kunti Kurrama and Pinikura people”.

It’s a bit late for that. A board-led review of its heritage management process will be completed by September while a Senate inquiry is also investigating.

The global backlash over the Juukan Gorge destruction has been substantial and there’s an obvious solution, which the Senate inquiry should recommend.

Rio Tinto, a throw-back company to the British colonial days, should relocate its head office and primary stock exchange listing from London to Australia. It should also change its name and overhaul its white British establishment board, which has jeopardised the company’s social licence to operate. That Rio Tinto still hasn’t had an Indigenous director or even an Indigenous Australian working in a senior executive role goes some way to explaining the Juukan Gorge fiasco.

It could also de-merge the iron-ore business into a rebranded Perth-based company called Australian Iron Ore Holdings, whose board would comprise a majority of Australian-based directors and an Indigenous representative.

And while we’re at it, Rio Tinto should be paying much larger state royalties, a move that would help rebuild the COVID-ravaged state budget. A royalty increase would also give the Chinese Communists a commercial slap for their over the top campaign against Australia, which currently spans meat and barley export penalties, a ban on ministerial level communications, warnings to foreign students about racist attacks in Australia and the proposed execution of an Australian national, Karm Gilespie.

No other country tolerates a foreign company exploiting its natural resources and plundering more than $20 billion a year in gross profits. At least Peter Costello forced BHP to retain a majority of its directors and its head office in Australia when it merged with South Africa’s Billiton in 2001.

A league of its own

But no wonder Rio is keen to keep blowing up heritage caves to expand access to resources. This week’s figures show that Rio Tinto is in a league of its own. With the oil sector struggling, is there a more profitable resources business anywhere in the middle of a global pandemic? Only BHP will go close.

With so much history being overturned through the cancel culture and the global Black Lives Matter campaign, surely now is the time to push for a Rio Tinto name change, a domicile shift to Australia and Indigenous representation on the board.

Perth-based Mathias Cormman, who is leaving Parliament later this year, would be an appropriate candidate to step up as the first Australian-based chairman of a rebranded Rio Tinto. Any why not put Paul Keating on the board too, along with someone like Warren Mundine or Noel Pearson.

The British establishment cohort that controls the Rio Tinto board broke a series of promises it made to Paul Keating in 1996 when the ASX-listed CRA and UK-listed RTZ came together to form RTZ-CRA. As a dual-listed company it was to be equally run by the Australians and the Brits, but that didn’t last long.

Move HQ back to Australia

The company is now less Australian than it has ever been, with its 12-person board including only three Australians – Simon McKeon, Megan Clark and Michael L’Estrange. The CEO is a Frenchman, Jean-Sebastien Jacques, and the latest chief financial officer is Jakob Stausholm, who hails from Denmark and has never lived in Australia. They both work out of London, as did so many other connected Australians who worked for the company, such as long-serving IPA boss John Roskam and John Howard’s nephew, Lyall Howard, a revolving doors specialist who is currently in charge of government relations at Australia Post. Australian ownership is barely 20% yet 80%-plus of Rio’s profits come from the WA iron ore business.

A range of former directors kicking back in Australia are quietly believed to support a move of the global HQ to Australia, including former AFL chairman Mike Fitzpatrick, Sir Rod Eddington and former finance director Chris Lynch.

If the current board won’t voluntarily surrender control, some of these chaps should run hostile for the board at next year’s AGM and make it happen.

It’s never too late to act and now is the time to move on two critical fronts: extracting more of the enormous value from our iron ore riches for Australians (including local Indigenous landowners) while also respecting the indigenous heritage of the land.

Having a bunch of non-Australian white fellas running the Rio Tinto show of out of London with the Chinese Communist Party as its biggest shareholder is unacceptable in 2020, especially given the unprecedented profits being made and the enormous economic pain being suffered during this COVID-19 pandemic. 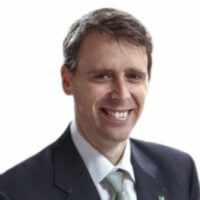