The Chatree gold mine in the northern Thai province of Phichit was closed in January after a government order. (Image: Hiroshi Kotani)

A Thai gold mine owned by Australian company Kingsgate has been accused of creating “deserted villages with broken families”. It was closed by the Thai government, but an obscure clause in a “free trade” agreement has allowed the lucrative mine in Central Thailand to reopen. Tim Ginty reports.

Australian mining company Kingsgate Consolidated has started the year with a spring in its step thanks to a clause buried in the Thailand-Australia Free Trade Agreement.

The investor state dispute settlement (ISDS) process gives international companies the right to seek compensation from governments in international tribunals if they can argue that a change in law or policy harms the value of their investments.

In a devastating development for communities of the Phichit, Phetchabun and Phitsanulok provinces of northern Thailand, the Thai government has announced that in settlement of the ISDS case it will reinstate four mining leases to the company’s Thai subsidiary, Akara Resources.

Chatree or not Chatree

In a letter sent to opposition parliamentarians, local environmental defenders and village representatives claim that the Australian miner’s previous mines had created “deserted villages with broken families” by polluting waterways with heavy metals and eliminating buffer zones between mines and villages.

The villagers claim that they were excluded from participating in the new mine’s Environmental Impact Statement, and that they have seen few benefits resulting from a measly 0.1% of investment into community development (well below a 0.9% level of investment in comparable gold mines abroad).

The settlement decision comes after five years of legal battles in an international ISDS tribunal between the Australian miner and the Thai government, and just two weeks before an expected decision by the tribunal. With up to 30 billion baht ($AUD1.27 billion) of compensation hanging over the head of the Thai government, it appears that Prime Minister Prayut Chan-o-cha has agreed to the miner’s demands.

Kingsgate argued that the Thai government broke its commitments made in the Thailand-Australia Free Trade Agreement when it used special laws of the 2014-19 military junta to cancel the company’s mining licenses following reports of contaminated groundwater, polluted rice paddies, and higher-than-average traces of heavy metals in residents’ bloodstreams.

A response to this story from Kingsgate chief executive Ross Smyth-Kirk is posted below.

The company used the “indirect expropriation” and “fair and equitable treatment” clauses of the Thailand-Australia Free Trade Agreement to claim compensation for losses resulting from the mine closure. The company was predicted to win the case by claiming unfair treatment because a former military government used its emergency powers to close the mine.

The community letter to parliamentarians argues that the government has granted generous conditions to Kingsgate that are worth far more than the bill they would have otherwise paid, including a 10-20 year extension on the leases, additional mining sites that overlap with a national park, and discounted royalties.

The authors of the letter warn that the reopening comes with an “enormous expense on public health, the environment, nature, and ecology” and state the government is “awarding national resources which belong to all Thai people to a company in Australia, where they dare not even operate such a mining business since it is very polluting.”

Trade justice advocates have long argued that deals such as the Thailand-Australia Free Trade Agreement grant extraordinary protections to multinationals such as Kingsgate that ordinary citizens do not enjoy. If countries are to protect their natural wealth and beauty, all while taking serious action to decarbonise our economies, ISDS clauses must be scrapped.

Just one case among 177 mining claims

This is just one case of a mining company using special legal rights to strong-arm a government into submission. Across the globe, the United Nations Conference on Trade and Development (UNCTAD) estimates that there are 177 cases involving mining companies underway today, with claims for billions against low-income countries.

This publication previously exposed that Australian mining companies are leading the charge, when Australian company Tethyan won $5 billion in compensation from Pakistan over a refusal to grant a license. An Australian subsidiary of Canadian Barrack mining company is claiming billions from the Papua New Guinea government after it refused to renew a licence following evidence of environmental pollution and human rights violations.

Kingsgate has settled the case in its favour, but local communities are likely to pay the price of ongoing pollution at the reopened mine.

Kingsgate response to this story

Kingsgate chief executive Ross Smyth-Kirk rejects the claims made in this story as false and malicious. “There has never been a health or environmental incident at the Chatree mine.”

“All of the claims in the letter presented to parliamentarians are incorrect and have already been refuted by the Department of Industry and Mining (DPIM).”

Smyth-Kirk said links between contaminants from the mine and health conditions of villagers have never been demonstrated.

The (false) claims about the impacts of the mine – both on health and adverse effects to the environment are made by “activist academics”.

“There has never been an environmental or health problem around the mine. In fact the reported slightly elevated levels of arsenic and manganese in some people was detected by studies done by us but were consistent with higher arsenic levels already detected and mapped throughout Thailand.” 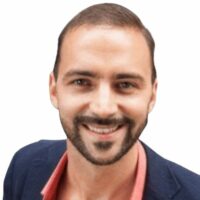 Tim Ginty is the Trade Justice Coordinator at the Australian Fair Trade and Investment Network (AFTINET).