As regulator ACCC warns the gas lobby is sending companies to the wall, the political architect of the Gas Trigger, former senator Rex Patrick, writes Australia’s gas crisis is more a crisis of transparency than a shortage of gas.

“Australia is a country with relatively abundant gas resources,” wrote the ACCC in its latest gas inquiry report.

The surrounding words were ugly – words like “joint venture” and “exclusivity arrangement” and “risk of coordinated conduct” and “market power of the LNG exporters”. I would have preferred more direct language like “gas cartel”, but I’m not as polite as the ACCC.

Perhaps more confronting was advice that, with the recent gas price rises, “closure of operations was becoming a very real possibility in the short term” with explicit advice that ‘Advanced Bricks’ announced in June “it was closing its manufacturing operations employing over 20 people due to gas price rises” and that “Australian Textile company Flickers is also reported to be facing closure”.

Meanwhile words like ‘shortage’ for the domestic gas market are being thrown around. This word is incongruous with the fact that Australia only uses about 30% of the gas it produces and the rest goes offshore. Of the 1981 petajoules we are predicted to produce in 2023, only 1299 PJs will be used to fulfil long term overseas contracts, yet we are still set to see shortages in the local market as the cartel puts their interests ahead of the nation’s.

Successive inaction of governments has led us into this crisis.

The Australian Domestic Gas Security Mechanism, or “gas trigger”, that people are suggesting might be pulled next year is not a creature of a party of government, rather the result of crossbench pressure by former senator Nick Xenophon. As his adviser, in 2017 I negotiated the trigger with then finance minister Mathias Cormann’s office as part of a number of energy measure agreed to in exchange for support for tax cuts to businesses with a turnover of less than $50 million.

The gas trigger successfully remedied a situation where Australian manufacturers couldn’t get a gas offer from gas companies.

Successive inaction of governments has led us into this crisis.

At the same time I also negotiated a domestic gas reservation scheme with the government. The government announced this on June 6, 2019.

In 2020 the government conducted a consultation with stakeholders about a gas reservation scheme and went on to produce both a ministerial brief and an options paper.

I know this because as the Ukraine crisis bought about a new gas crisis, I used Freedom of Information laws to seek access to the outcome of the consultation. The brief and options paper exist, but the public is not allowed to see them on purported public interest grounds.

All the reasons for denying access to them are self-serving.

Disclosure to the public, they say, “would restrict the future ability of the department to record their opinions and their advice, directly, freely and confidentially to adequately inform Ministers”; the summary of which is, our advice is frank but not fearless because we fear others might see it.

Disclosure to the public, they say, “would prejudice the department’s ability to form an analysis and present advice and recommendations for consideration”; the summary of which is, if we’re open and transparent, we’ll can’t function.

Disclosure to the public, they say, “would prejudice the decision-making process of Minister’s and the department by separating the final decision from the opinion and advice of officials … “; Heaven forbid the minister might be seen to depart from the department’s advice and have to explain doing so.

It’s like an episode from Yes Minister, except that Yes Minister was both fictional and funny.

In the middle of a gas crises, the Albanese government thinks that it’s not in the public interest for a professionally prepared gas reservation scheme ministerial brief and options paper to be made available to the public.

It’s an extraordinary and most disrespectful position to take.

The ACCC names two companies in its report that were either closing down or about to close down. As Australian industry and jobs suffer, and the gas cartel make windfall profits from a situation not of their own making, the government has decided the public won’t get to conduct a debate informed by taxpayer-funded information, analysis and advice. 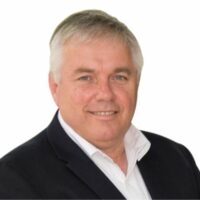