Carbon capture and storage, the prohibitively expensive climate mitigation strategy, is back on the Coalition’s agenda. Yet the facts speak for themselves. Of Shell’s total emissions of 656 million tonnes a year, its two CCS plants remove just 5 million tonnes a year from the atmosphere; the few plants in the world only exist because of huge government subsidies; while European oil companies use CCS primarily as a “feel-good” marketing message. Clark Butler and Tim Buckley report.

The Coalition wants to broaden the scope of the Climate Solutions Fund to include the ability to invest in carbon capture and storage (CCS) projects. Yet they are prohibitively expensive compared to other mitigation options such as renewable energy and energy storage technologies, they offer no financial return for investors, and they have a dubious track record. Even the Global CCS Institute, a cheerleader organisation, acknowledges that CCS is at best a minor contributor to decarbonisation. In its 2019 Global Status of CCS Report, it states that by 2050, CCS will only address up to 9% of greenhouse gas emissions.

No carbon capture and storage project in the world offers a financial justification for investing in it. In fact, without a carbon price, CCS will never provide a return on investment. The European oil companies – in particular Equinor, Shell and Total – are investing in CCS because it is a helpful marketing message to support their aims to be seen as “responsible” energy companies. While Total and Shell emphasise the role that CCS, carbon sinks and a carbon price will play in meeting their long-term net-zero objectives, each company spends an immaterial percentage of annual capital expenditure on CCS, with none of their investments quantified in annual reports.

Carbon capture, use and storage (CCS or CCUS) encompasses a suite of technologies that promises to prevent large quantities of CO2 from being released in the atmosphere as a consequence of using fossil fuels.

The technology has been applied in a range of industries since 1972, and more than 200 million tonnes of CO2 have been captured and injected deep underground. However, the true figure of net emissions reduction must include the emissions from the energy used in the process, which is up to 20% more than an operation without CCS.

CCS is an excellent idea in theory but there are key problems:

Taylored to Suit: Climate Solutions Fund good for fossil fuels, not so good for climate

What can … and does … go wrong

The underground storage is not always secure. Wells have weaknesses and gaps; fracking, in particular, causes long-term subterranean instability; and seismic activity could dislodge even the most carefully stored carbon. Leaks in the Aliso Canyon natural gas storage facility in 2015 “released 97,100 metric tons of methane to the atmosphere”, doubling the methane emission rate of the entire Los Angeles basin.

The fossil gas industry has failed to systematically cap, sterilise and monitor abandoned gas wells over the past few decades, so methane leakage is massively underreported and largely ignored (thanks to regulatory capture and the constant defunding of EPA departments). Further, the industry resists accepting liability for leakages.

The energy used to separate the carbon, transform it and, in most cases, transport it to the sequestration site and the leakages that can occur during transportation and handling can materially reduce the net impact of the CCS process.

While the technical issues can probably be addressed with engineering solutions over time, the key problem is financial.

CCS is an expensive process that generates very little revenue. Consequently, there are no commercially viable examples of CCS in the world. The few operating plants are government subsidised. While the traditional financial justification is for enhanced oil recovery (EOR) with oil prices well below break-even for oils sands extraction, this does not begin to cover the costs of CCS.

With costs in the order of $US4200 per KW for power CCS, even if it does work, CCS is a poor investment, and costs multiples of new renewable energy.

Bold promises at every angle

At every AGM since 2015, Royal Dutch Shell CEO Ben van Beurden returns to CCS as a key part of its strategy to bring down its net carbon footprint of products by 50% by 2050.

The Norwegian state oil and gas producer Equinor has been investing in CCS since 1996. Its Sleipner and Snøhvit CO2 storage facilities have captured about 22 million tonnes of CO2. Again these figures pale into insignificance given that Equinor is responsible for more than 330 million tonnes of CO2-e emissions every year. CCS is more problematic in relation to power stations. Boundary Dam in Saskatchewan, Canada, owned by the Saskatchewan utility SaskPower, cost C$1.3 billion to retrofit, was years behind schedule and operated at less than 50% capacity when it finally commenced. Only one power unit has been retrofitted and SaskPower decided not to apply the technology to the other units.

Petro Nova in Texas cost US$1 billion, at approximately $4,200/KW, and captures 33% of emissions from one unit (654MW). It receives a $50/t subsidy from the US Government — effectively a carbon price — to keep it running at this minimal level.

Kemper, meanwhile, was to be the shining example of clean coal. A massive new coal fired power station in Mississippi, it promised jobs and cheap, clean electricity. The $2.4 billion estimated cost ($4,100/KW) blew out to $7.5 billion and the project was abandoned.

Pull out or perish: behind Blackrock’s grand exit from coal 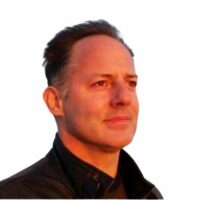