Queenslanders are heading to the polls. Soaring energy prices are a big election issue. The government of Annastacia Palaszczuk is dangling a discount of $50 discount on customers’ electricity bills. But $50 is less than ten per cent of the $600 clear profit the government will make from the average customer this year. Analyst Hugh Grant breaks down the dazzling profits reaped by the government from its electricity customers. When it comes to profiteering, the other states are not far behind either.

Profits Account For Over One Third Of Queenslanders’ Electricity Bills.

The average Queensland household electricity bill of $1,750 contains about $600 in profit, of which:

* $400 (i.e. two thirds of the profits) is the profits of the monopoly electricity networks

Of the $600 in profits per customer, the Queensland government collects over $500, with the private retailers and generators collecting less than $100

As a percentage of the average Queensland electricity bill:

* The monopoly networks’ profits account for 22.5 per cent of the bill

* The generators’ profits account for around 4.5 per cent of the bill

The primary driver of Queensland’s excessive electricity prices is the excessive profits of the monopoly networks Energy Queensland and Powerlink Queensland.

The monopoly networks deliver an extraordinary profit margin of 45 per cent, that is, every dollar that Queensland consumers pay the networks returns 45 cents to to the Queensland government in profits.

It has managed to do that by taking advantage of unique asset valuation arrangements in the regulatory framework, by extracting the artificial inflation (RAB indexation) component of the networks’ regulatory valuations as undeclared income, a practice that is not possible in any other industry sector.

As a result, the Queensland networks have been effectively 100 per cent debt funded for many years.

How Much Of Those Profits Are The Queensland Political Parties Willing To Forego?

The Queensland Government has announced that it is willing to forego $50 for each household electricity bill, that is less than a tenth of the total profits they are collecting from the Queensland energy businesses.

Both mainstream parties are clearly still addicted to the income they extract from the government owned energy companies.

The Queensland Greens are proposing to revert the government-owned energy companies back to non-profit public authorities, thereby resulting in foregoing all of the profits, that is the Greens are promising to reduce the average Queensland householders electricity bill by over $500. 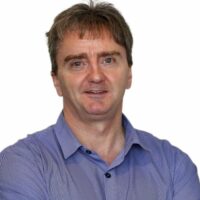