Pull out or perish: behind Blackrock’s grand exit from coal 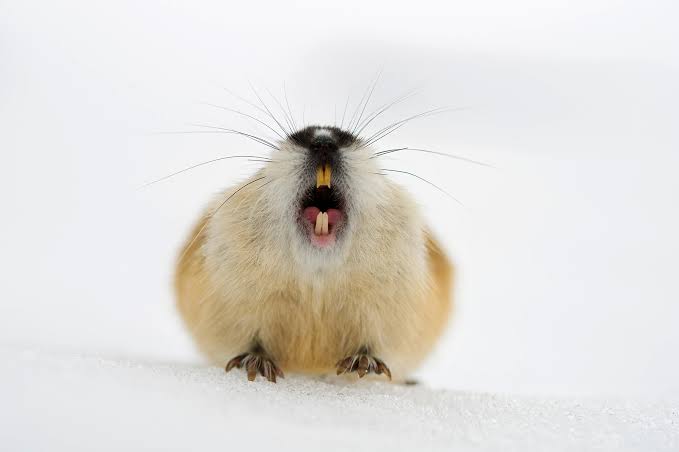 BlackRock, the world’s biggest fund, is quitting thermal coal. The move by the $10 trillion fund has stunned financial markets. Climate change and coal: while the people protest in the streets, progressive analysts such as IEEFA’s Buckley protest to global finance bosses. Tim Buckley, who had lobbied hard for the BlackRock exit, reports on the revolution in big money.

Capital flight from the thermal coal and coal-fired power sector has started at a canter across the globe in 2020. BlackRock’s divestment of thermal coal has been a huge and unexpected move, given it had been entrenched as a laggard on climate action. At the same time, a new and enhanced coal divestment program by Dutch pension giant Aegon, has joined the ranks of the 116 globally significant banks and insurers which have now put in place more stringent coal policies to align with the Paris Agreement.

All this represents a move away from corporate greenwash, from mere rhetoric, to polices of substance.

2020 has also witnessed the economic cost of inaction over climate change made starkly obvious to even the dullest of Australian climate science deniers (a group which features an excessive representation of our political “leaders”!).

But in the background, renewable energy deflation – falling prices. that is – is accelerating below the cost of building new coal-fired power plants; this, in an increasing number of countries around the world.

This makes transition planning for the eventually terminal decline of thermal coal long overdue; a bit like the bushfire disaster has shown that perhaps Prime Minister Scott Morrison might have left Australia better prepared if, rather than being in Hawaii on holiday, he had read and implemented the 2018 National Disaster Risk Reduction Framework which clearly warned that changing climate was exposing Australia to disasters on ‘‘unimagined scales, in unprecedented combinations and unexpected locations’’.

The key point of this report however is to note that, regardless of whether Australia prepares for the science and technology-driven global transformation of energy markets or not, it will happen. We can start preparing, or we can remain on Angus Taylor’s deeply rutted path of energy policy chaos. The global transition will happen regardless.

As one of the three largest fossil fuel export nations globally, Australia’s economy is exceptionally exposed. We can continue “investing” in yet more coal and LNG capacity, building more and more stranded assets (recklessly bringing regional communities along for the ride), or we can pivot towards low emission industries of the future. Australia’s Chief Scientist Dr Alan Finkel has been talking about this for a number of years, as has Atlassian co-founder Mike Cannon-Brookes, as has Professor Amanda Cahill. Let’s embrace the opportunities that this disruption is unleashing.

Stock markets will leave Australia behind

Financial markets are already making this pivot. As Tesla shares have doubled in recent months, shares in the world’s largest gas fracker, Chesapeake Energy have halved. Peabody Energy has destroyed half its shareholder wealth in six months, 80% in just the past year. Meanwhile, shares in the world’s largest investor in renewable energy and battery storage, NextEra Energy, just keeps skyrocketing.

BlackRock founder Larry Fink this week has said he expects “a Fundamental Reshaping of Finance”. We at IEEFA agree with him. And having worn the investor losses of rising stranded-asset risks for a long while now (think Peabody and GE), Fink has belatedly announced the immediate divestment of Blackrock’s debt and equity stakes in mining firms materially exposed to thermal coal (>25% of revenues, so, in Australia this catches Whitehaven Coal, Yancoal Australia, New Hope Corporation, Australian Pacific Coal, TerraCom, and I would add Wollongong Coal, but they haven’t got any revenue), plus a review of all coal-dependent utilities.

BlackRock has also required all companies to comply with the reporting guidelines of the Task Force on Climate-related Financial Disclosures (TCFD), the Sustainability Accounting Standards Board (SASB) and Climate Action 100+. Further, BlackRock has set itself goals on proxy voting, as well as transparency to its investors.

The same day as BlackRock moved this week, one of the largest insurance companies in Europe, the Dutch Aegon (with its $US300 billion in assets), announced an even tighter coal divestment policy. Aegon already excludes firms that derive more than 30% of sales from thermal coal mining. As of 2020, a declining revenue threshold has been introduced, which will be lowered in steps to just a 5% or below sales threshold in 2029.

Aegon will cease investing in companies which own more than 10 gigawatts of coal-fired electricity generation capacity and have plans to extend their coal power capacity. It will further cease to invest in companies producing more than 20 million tonnes of thermal coal annually, and companies which are expanding coal-related business. This catches the diversified coal mining major Glencore.

Aegon first divested from coal mining companies in 2016, so this tighter new policy is just the latest example of how once a financial institution starts to align with the Paris Agreement, and then the first announcement is routinely followed by a more comprehensive divestment policy soon after, bringing it closer to an alignment with Paris.

The International Energy Agency models that unabated thermal coal use must stop globally well before 2050 if the world is to have any material chance of holding global warming to below 2 degrees Celsius.

IEEFA has been tracking bank and insurer coal policies. Our count has 116 globally significant banks and insurers with formal coal and coal-fired power plant exclusion policies and restrictions or divestment policies. We have monitored 43 global coal policy announcements over 2019, up from 31 in 2018. And two weeks into 2020, we have seen our first two.

Bill Gates in September 2019 said that divestment would have zero climate impact. IEEFA thinks he was right, but he will be proven entirely wrong. Financial markets are mostly operated by a pack of lemmings. Think of the impact of the Norway’s Government Pension Fund Global (GPFG, AuM of US$1,100bn) move to progressively divest fossil fuel firms who deny climate science and are undermining the Paris Agreement. And Norway’s KLP Group (AuM of US$85bn) and Storebrand (AuM US$80bn) are both set to go coal free.

When it comes to fossil fuels, being morally principled is financially rewarding, although these moves have had no discernible impact on financial markets. Or at least, until now. The GPFG encouraged the Japan’s Nation Pension System ($US1,600b) to strip a $US50b mandate from Blackrock last month and award it to Paris Aligned LGIM UK (US1 trillion).

Who knows, at some point State Street, Vanguard and Fidelity Investments will also belatedly move to start aligning with the Paris Agreement.

Then watch the lemmings run!

The Fix Is In: Adani hooks India’s poor and Australia’s taxpayers

Director of Energy Finance Studies, Australasia, Tim Buckley has 25 years of financial markets experience, specializing in equity valuation, including as a top-rated analyst and as co-founder and managing director of Arkx Investment Management. You can follow Tim on Twitter @TimBuckleyIEEFA.