The Grattan Institute fears the private health insurance industry (PHI) is in a death spiral. An urgent review is called for whether or to what extent taxpayers should continue to fork out large subsidies to the industry. Professor John Dwyer from the Australian Healthcare Reform Alliance reports.

ANY REVIEW of PHI should start with an analysis of the failure in our efforts to have a public health system providing timely quality health care to all on the basis of need rather than financial wellbeing. PHI arrangements are symptoms of this failure.

According to the Grattan Institute:

“Premiums are rising much faster than wages or inflation. People are dropping their cover, especially the young and the healthy. Those who are left are more likely to get sick and go to hospital, driving insurance costs up further”.

Private health insurance premiums are rising and people are dropping their cover, especially the young and healthy. @stephenjduckett explains why the industry fears a ‘death spiral’ #auspol #medicarehttps://t.co/etDYoDTL0W

It’s interesting and relevant to look at the current debate in the US on the future of its health system. The left of the Democratic Party are calling for “Medicare for all,” that is universal tax-payer funded health care. For their troubles, advocates for this change are being labelled as socialists which in the age of Trump is fully equated with being a communist. Do the Republicans think Australia, the UK and Canada are communist countries?

Medicare for all in the US is, I am afraid, an impossible dream for the foreseeable future such are the powerful vested interests that would oppose it and the mammoth task of “starting again,” this despite poll after poll noting that Americans biggest concern is affordable health care. Democratic front runner, Joe Biden, urges the party to improve “Obamacare,” which saw millions of Americans provided with health insurance otherwise unavailable but which needs many improvements, rather than pursue the more radical universal health insurance dream.

Of course Republicans are vigorously trying to dismantle “Obamacare”.Biden is convinced that you can’t have PHI if you have“Medicare for all” and some Americans (a minority for sure) are happy with their current insurance. Interestingly many from the democratic left are saying that those who wish to continue to pursue non-government subsidised private health care could do so as long as in the reformed system you did not need to have PHI to obtain quality care. This is surely the relevant issue for Australians.

In a wealthy country like ours where we agree that health care is a basic right not a privilege and we are committed to taxpayer funded health care for all, do Australians need to have PHI? Unfortunately, if one looks at the timeliness of access to elective surgery in our public hospitals, the answer is yes. “Elective” should not be equated with “non-urgent”. “Elective” is used in official statistics but a better term would be “planned surgery”. If you are waiting many months for cataract surgery to restore your vision or a new hip joint to regain your mobility, quite apart from the suffering associated with these disabilities, there is the real chance that you will suffer additional consequences (serious falls, etc) that will cause additional suffering and even loss of life while generating further economic stress on our health budget.

While PHI funds a number of non-surgical issues, it’s a lack of confidence in timely access to a public hospital for surgery that PHI can compensate for, that most people see as its primary benefit. This is particularly true for many who really struggle to pay PHI premiums and must forgo other desirable expenditures to do so. Recent reports show that an alarming number of Australians are dipping into their superannuation savings to pay for health care! The 30 billion dollars that Australians spend annually, so-called ”out-of-pocket” expenses, highlights how far we have drifted from our commitment to taxpayer funded health care for all.

More evidence that PHI is not actual insurance. PHI subsidy must be invested into public health. #endthescam https://t.co/M0ignyK40k

So why is this the case? We spend 70 billion dollars a year to fund 62,000 public hospital beds in 695 public hospitals. That is two-thirds of all available beds. We have about 2.5 hospital beds per 1000 head of population which is the highest figure among OECD countries. Expenditure increases about 6.5 per cent per year. How could it be that public hospitals may have unacceptably long waiting list for elective surgery? The answer is obvious when you look at the Australians who are lying in all those beds. Patients with chronic, often multiple, medical problems ( diabetes, serious heart and respiratory problems etc) occupy 75 per cent of the available beds. We have a tsunami of Australians developing severe medical diseases that are lifestyle related, flooding into our hospitals with very frequent readmission needed.

If you live in an Australian city or one of our better resourced country towns, no country offers better care for life threatening emergencies but we are rightly criticised for having one of the worst records in the area of preventative medicine. Prevention is supplied with less that 1.5 per cent of our health budget. 63 per cent of Australians over the age of 18 are obese or seriously overweight. Rates of childhood obesity are alarming. Mental health problems are so often not detected in time to prevent progression. Only 40 per cent of Australians have an acceptable level of health literacy.

It’s clear as crystal that the future of timely public hospital care requires a reduction in the number of people needing hospital care. This requires a major shift in emphasis and resources to prevention with a “win-win” situation following as more Australians are healthier and much more health is available from health budget dollars. Fewer patients with medical problems would need hospitalisation. This is a far better solution than trying to create ever more public hospital beds.

Having beds reliably available for elective surgery is essential if we are to attract surgeons back to operating in public hospitals. So many surgical colleagues over the years have told me of their frustration at frequently having planned operations cancelled as patients who need admission present to emergency departments necessarily occupying the beds planned for patients expecting to be admitted for surgery. That frustration drove many surgeons to operate only in private hospitals.

Despite private health insurers consistently posting annual profits of more than a billion dollars, the industry is massively subsidised with taxpayer dollars. Annual increases in the cost of insurance premiums always exceeds cost of living increases. The federal government’s support for the PHI industry costs taxpayers 11 billion dollars a year it and uses the threat of a need to pay a hefty “Medicare levy” if a taxpayer does not have PHI to encourage PHI participation.

Despite this we hear that PHI is in a “death spiral” as premiums relied on are now so expensive that people are dropping their insurance or their level of cover and young healthy people are staying away form the product altogether. Any young person disciplined enough to put $50 aside each month for future health care costs doesn’t need PHI.

So, as far too many Australians with lifestyle induced chronic diseases suffer a diminished quality of life and necessarily consume the majority of our 170 billion dollar health budget, many public hospitals can’t offer timely access to needed surgery. As a result, 60 per cent of surgery is performed in private hospitals. If your public hospital can’t provide you with the surgery you need and you can no longer afford private insurance and the increasingly expensive fees doctors charge their private patients, then you are much disadvantaged.

It is clear that with the situation described, health policy imperatives must see Australia moving to introduce evidence-based improvements to our primary care system that address the fundamental problem.

There is a plethora of data from other countries supporting primary care strategies that reduce hospital admissions for medical problems. The 11 billion dollars of support for PHI should be steadily diverted to pay for Medicare to fund effective prevention focussed Primary Care. We spend close to 8 billion dollars a year funding visits to GPs whose time is consumed with the treatment of established disease. Doubling that amount would allow us to introduce the team-based medical home-based system shown to be so effective in achieving what we need and which I have described in detail here. Supporting the model with the money now used to support PHI would see those dollars return so much more health. Such success would not necessarily see the total demise of PHI and private hospital services. It would see the demise of the need to have PHI.

A sensible future may well have private hospitals contracted by the public system to supply services to public patients and even an arrangement where those that choose to do so could contract directly with a private hospitals for their care.

The Grattan report reinforces long held observations that the status quo is unaffordable and unacceptable. 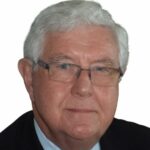