While Australians were distracted last week by Melbourne’s lockdown ending and the final days of the Queensland and United States elections, the two major parties joined forces in federal parliament to weaken political donations laws.

NSW banned property developers from making political donations in January 2010, Queensland has banned such donations from October 2017, while the ACT government’s ban comes into effect from 1 July, 2021.

Hearings of the NSW Independent Commission against Corruption over the years have revealed numerous examples of property developers and dodgy donations to politicians. Here’s just a couple.

Jeffrey McCloy, the mayor of Newcastle between 2012 and 2014, was found by ICAC to have given more than $30,000 in secret donations to Liberal candidates before the 2011 election. McCloy admitted at ICAC to giving envelopes stuffed with $10,000 in cash each to then Liberal candidates Tim Owen and Andrew Cornwell in the back of his Bentley.

Meanwhile, the former Liberal Craig Baumann, the then MP for Port Stephens, joined the crossbench after ICAC heard allegations he took secret developer donations. The inquiry heard he took $79,684 from McCloy and Hilton Grugeon before the 2007 election.

Mr Baumann admitted he hid the donations, including using a “sham” invoice. Although this occurred before the 2010 ban, he agreed that the reason for hiding their identity was that both developers could have profited from a proposed development at Wallalong, near Maitland.

The backstory to new laws

In 2019, the High Court upheld Queensland laws banning property developers from donating to political parties. The Palaszczuk government introduced the ban after a recommendation by the state’s Crime and Corruption Commission.

The High Court said federal parliament had no power to regulate political donations that merely “might be” used for federal campaigns.

First, it introduces a new provision to replace the 2018 federal law struck down by the High Court. This provision allows property developers (and others banned from making donations under state laws) to ignore state laws banning them from making political donation where the donation is “for federal purposes”.

The truth about political donations: what we don’t know

Why this is bad for integrity

If you are a property developer wanting to curry favour with political parties in NSW or Queensland, you are now allowed to make a donation of $14,299 and no one will ever know. All you need to do is tell the party the money is “for federal purposes”.

The Greens and independent MPs lined up to criticise the new law. As member for Indi, Helen Haines told parliament:

“This bill locks in the status quo when it comes to the current political donations culture at the federal level.”

Senator Jacqui Lambie said the law was “a doozy” of a way “to hide big donor money from the voters” and “the latest in a long line of betrayals of the public’s trust”.

Transparency bills on the table

Federal parliament had an opportunity to increase political transparency. Labor has introduced bills to lower the federal donations disclosure threshold so the public knows where federal politicians get their money.

Federal parliament could also have introduced real-time reporting of donations so the public doesn’t have to wait until after each election to find out the identities of the biggest donors.

But instead of dealing with those, both major parties took the time and effort to override state anti-corruption laws.

The explanation given for the new laws is that state laws shouldn’t apply to federal donations. According to Finance Minister Mathias Cormann, the new laws “better clarify” the interaction between federal and state electoral laws.

“The revised provisions ensure that federal law only applies exclusively to donations that are expressly for federal purposes, while fully respecting the application of state laws to amounts used for state purposes.”

Labor’s Don Farrell, who is shadow Special Minister of State, told the Senate,

“It’s not Labor’s intention in any way to weaken any of those provisions already in place in the states, but the Commonwealth parliament should be able to make laws with respect to Commonwealth elections, and those laws should not be overridden by the states.”

To add icing on top, the Morrison government has now released a draft bill for a federal integrity commission with proposed powers so much weaker than existing state anti-corruption commissions that a former judge called it a “feather duster”.

Australians deserve much better than this.

Quid Pro Quo: who paid who before the Election and what do they want?

This is an edited version of an article that first appeared on The Conversation. 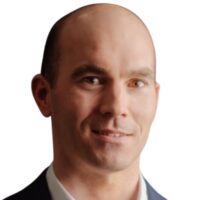 Luke Beck is Associate Professor of Constitutional Law, Monash University.
Disclosure: Luke is a member of the Australian Labor Party.