Despite their long history of putting profit ahead of the interests of their unemployed clients, the private job service agencies tasked with getting people back into work are set to reap more than half a billion dollars in the next six months simply for signing people up. Sam Brennan reports.

With its fully privatised unemployment welfare system, Australia is a global outlier. In the mid-1990s the Howard Government introduced what came to be called Jobactive to run its back-to-work scheme. Jobactive is run by more than 40 job service agencies, many of which are for-profit companies beholden to shareholders.

Hand in hand with the privatisation came a punitive approach to unemployment. Known as an active welfare system, it was also embraced by the Hawke/Keating Labor government.

“Punitive activation means that unemployed people are kept so active that they would choose any job rather than remain on unemployment services,” explains Simone Casey, from the Per Capita think tank.

Job service agencies were central to both privatisation and making unemployment services so difficult and Kafkaesque for applicants that they were deterred from registering.

Poverty pays for some

When a person applies for unemployment benefits they must choose a Job Service Agency and sign a Job Plan before receiving payment, usually Newstart.

While Newstart is considered generally 30% below the poverty line and has not been raised in real terms in 25 years (with the Coronavirus supplement just a temporary measure), job service agencies are on a lucrative deal with the government.

They receive an administration fee of approximately $300, paid every six months, for every person they sign up. Agencies also receive outcome fees once the applicant finds a job and holds it for 26 weeks. For the standard applicant, this would net the agency $1,550.

Before the Covid-19 pandemic hit Australia, some 633,318 people were on the Jobactive caseload. That jumped to nearly 1.45 million by the end of July.

Meanwhile, statistics released at the Select Committee on Covid-19 in August show that there are 813,000 new Jobactive applicants, nearly 100,000 more applicants than Per Capita estimated.

Furthermore, the government has increased the amount paid to job service agencies in administration fees, as revealed by Nathan Smyth, deputy secretary of the Department of Education, Skills and Employment

The median cost of administration fees increased to $391 from $300, while for people who were job-ready and under the age of 25, the fee jumped to $547.

Based on Smyth’s figures this means the agencies will get more than $300 million in new administration fees due to the pandemic and the resulting mass unemployment.

As Per Capita’s Casey explained:

“The employment agencies sector has lobbied to get more money on the administration side … it seems quite a perverse thing to be doing in the current climate.”

Furthermore, administration fees are paid every six months so that $300 million figure only takes into account the first tranche of payments to new applicants.

When added to the number of existing clients with job service agencies, at a conservative estimate the government has paid more than half-a-billion dollars to agencies.

Administration fees alone paid directly to the agencies will account for about one-third of the entire forward estimate for the 2020-2021 employment services budget.

As The Saturday Paper reported at the weekend, an internal document, sent to Jobactive providers by the federal Department of Education, Skills and Employment, reveals that job agencies have even been paid bonuses for people who theoretically remained employed after the $87 billion JobKeeper payment was announced. This means job agencies are effectively double dipping, a potential goldmine.

If the agencies assisted job seekers finding and secure employment, there would be less concern over the huge amount of money going to agencies. However, they have faced years of criticism and controversy.

A 2019 Senate inquiry into Jobactive claimed:

“Jobactive is not welfare to work, it is welfare to nowhere. The government’s punitive and paternalistic approach to employment services has failed.”

The inquiry found that the current system failed to get people ready for work, with job service agencies consistently finding ways to exploit the system at the expense of job seekers.

Because an agency receives large outcome fees when clients find a job, the agency has an incentive to put people into insecure or temporary work that may not fit the experience of the job seeker.

When a client leaves the job and signs back up to Jobactive, the agency can then find them another insecure job and receive outcome payments again. This is called “churning”.

The inquiry said: “The funding structure means that providers benefit from participants cycling in and out of precarious jobs. In short, the model rewards churn.”

Many agencies also offer skills training sessions for clients, paid for by the Employment Fund. This fund, worth $300 million, is designed to assist job seekers by paying for transport, food, clothes, interpreters and other costs that would improve employability.

However, the agency can profit from these funds as it can force clients under a Job Plan to attend skills training sessions, which the agencies themselves run.

Agencies have threatened to suspend payments if a client doesn’t attend one of their training sessions, with the cost taken out of the Employment Fund.

Clients who attended these training sessions claim they are outdated and irrelevant, while some even reported losing job offers because they had to attend a training course.

Finally, the agencies choose who to find employment for based on maximising the money they can make. Clients who are able to find work easily – i.e. ‘the cream’ – are found work and the agency pics up a tidy payment.

Those who have difficulty finding work (classified as Stream C) are ‘parked’ and left on the unemployment system, while the job agency continues to receive administration fees.

This system is known as ‘creaming and parking’.

“Creaming” is set to increase as people recently made unemployed solely because of the pandemic quickly find work.

As Per Capita’s Casey said, “[currently] there are not many people who are going to be languishing on JobSeeker longer than they need to … [many] people will be finding their own job without much assistance. Agencies hassle them but don’t help them.”

There have long been concerns about other dodgy behaviour from job services agencies, particularly around Work for the Dole scheme.

Even the Morrison Government has realised the system is broken and so last year trialled the New Employment Services Model (NESM), which would allow people able to find work to do so without signing up to a job agency, thus preventing a massive spike in payments.

This model was planned to be rolled out nationally in 2022. As Casey notes, however, “there will be a lot of noise from job service agencies, but it would be more beneficial to Australia if they get going with it.”

Until the NESM is rolled out, the agencies will continue to reap massive benefits from a broken system at the expense of the people they are nominally tasked with assisting. 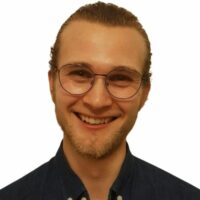 Sam Brennan is a freelance journalist and editor working in Australia and the Middle East reporting on economics and politics. Based in Beirut, Lebanon, since 2017 he reported for The Daily Star and Al-Monitor. He has also reported for Independent Australia and openDemocracy as well as writing for Australian foreign policy think tanks.