At long last, the Australian government has added one of Putin’s claque to the sanctions list, Origin’s fracking partner in the Beetaloo Basin. And dirty dealings in a dirty industry don’t end there. The case highlights the massive government outlay required for otherwise uneconomic projects, writes Kurt Johnson.

It’s worth asking exactly why the Australian government dithered until today to sanction oligarch Viktor Vekselberg. This associate of Vladimir Putin, owner of world’s largest collection of Fabergé eggs, has a significant minority stake in Falcon Oil and Gas Australia. The company, in a joint venture with operator Origin Energy which together own three permits in the Northern Territory’s Beetaloo Basin, the keystone project of the government’s “Gas-fired Recovery Strategy”.

Just exactly how the sanctions will function in Vekselberg’s case is yet to be seen. A spokesperson for Origin responded to us that “​​Clarification is being sought from the Australian Department of Foreign Affairs and Trade on any implications of the sanctions for Origin.”

The government might find few of Vekselberg’s assets in the country worth freezing. For one, Falcon’s Australian headquarters is a Darwin residential address, with contact details pointing to head offices in Ireland. What’s more, Falcon has no real Australian projects except the Beetaloo and there it relies on Origin as operator to do the legwork exploring the basin. Furthermore, Vekselberg’s relationship to Falcon, which is partial and via a holding company, might be so remote that Falcon can continue to profit from its joint venture with Origin.

What is certain though is that, until today, Vekselberg stood to personally gain from public gas industry support in Australia, while in the US, he has been the subject of sanctions for years. In the aftermath of the Russian annexation of Crimea, he was one of only 11 Russians sanctioned by the US.

He also warranted a further explicit mention in a further round last week, referred to by the US Treasury as a “Russian tycoon and Kremlin insider.” Australia only followed once Japan and the UK had added Vekselberg to their sanction list on Tuesday. It is worth noting that Falcon Oil and Gas Limited, with head offices in Ireland, would be covered under these fresh UK sanctions.

Vekselberg highlights a salient question: if the sanctions are insufficiently applied could Australian public money continue to indirectly benefit one of Putin’s closest associates? Before today the taxpayer was already in the awkward position of not merely being a financial supporter of Vekselberg but an enabler of Falcon’s entire Australian operation.

Truth is, without public money Beetaloo is simply too geographically remote to access. This is a fact freely acknowledged by the industry itself, with APPEA, the petroleum and gas industry association, referring to Beetaloo’s resources as “un-economic.” In corporatese, this means without huge amounts of government money, the numbers simply don’t stack up.

And these amounts are very large indeed. For research and data collection alone, $16.9 million is allocated to purely Beetaloo projects of the government’s Geological and Bioregional Assessment Program with another $1.6 million support for the CSIRO’s Gas Industry Social and Environmental Research Alliance.

Then there is infrastructure. At the top is roads with $217 million ($174 million from the federal purse, the rest from the NT) to open the area up for drilling. Scope of future infrastructure has been broadened to also include “rail, pipelines, waste and medical assets”. While no amount has yet been attached to pipelines, the most critical piece of infrastructure, support for midstream infrastructure has been mentioned explicitly in the plan. With such a nod and a wink there now a race, with competing plans to connect the basin to export terminals in Darwin.

Even the vast sums of the Beetaloo Strategic Basin Plan pale in comparison to the $5 billion Northern Australia Infrastructure Facility (NAIF). Slated to develop a wide range of infrastructure projects across the country’s north, NAIF, has come under fire last month as Northern Australia Minister, David Littleproud, refused to rule out using the money to fund projects in the Beetaloo Basin.

Energy finance analyst Bruce Robertson says that a company such as Falcon depends on government assistance from the very beginning. “Straight off the bat they are relying on a government-funded program,” says Robertson, of the with the Institute for Energy Economics and Financial Analysis (IEEFA). ”Geosciences Australia does the basic mapping. Second thing, they go to apply for the permit, where? The Department of Resources. They then drive their drill rigs down the road from Darwin, more than likely … you’ve gotta import them in the Darwin Harbour. Every move they do has something to do with the government funding.”

Additional to infrastructure, data and research is the cash itself: $50 million in taxpayer money has been made available under their Beetaloo Cooperative Drilling Program to operators. While neither Origin nor Falcon have been direct beneficiaries of the program, just next door Empire Energy will receive three cash grants worth a total of $19.4 million.

Such proximity is important when extracting resources. Gas producers, while competing in the same market, have openly stressed the need for common infrastructure – so a successful exploration of one permit will be to the benefit of all ten producers. Secondly, striking oil or gas in one permit is recognised by the stockmarket for what it is – the high likelihood that resources will extend across permits with stock prices increased accordingly. Robertson again: “You can have someone that’s drilled nothing for a decade or more in a basin of any sort – if someone makes a big discovery in the lease next door to them – their stock price almost automatically doubles – and they’ve done nothing for years.”

What’s more, we cannot be sure exactly how much of Falcon Vekselberg truly owns, with 79% of the shares with owners unknown. Of the 21% known to the public, 16% is owned by Lamesa Group Holding SA, a Vekselberg controlled and owned subsidiary. Until the beginning of this month, Vekselberg’s representative Maxim Mayorets was on the board as an executive director of Falcon Oil and Gas. Mayorets’ resignation most likely caused from pressure from Origin but has been referred to by ACCR’s Dan Gocher as simply “window dressing”. This implies a tighter coupling between Vekselberg and Falcon than his minority stake would signal.

Further questions around secrecy of the company’s operations had been raised since at least 2019. The parent company Falcon Oil and Gas Ltd., registered in British Colombia, has subsidiaries in tax secrecy jurisdictions of Delaware, while another subsidiary registered in Ireland was questioned for tax avoidance practices too. Whether there are more secret channels for Vekselberg still to profit is an outstanding question.

Also in 2019, were allegations of corruption with Falcon’s operations in South Africa, when it was alleged the company offered facilities management contracts in exchange for presidential help to amend certain laws to loosen restrictions around fracking.

Finally, it’s worth noting that Vekselberg was not the only Russian oligarch to have evaded the sanctions net for so long. He is joined by “Putin’s favourite industrialist,” Oleg Deripaska, who owns a controlling stake in Russian company Rusal, one of the world’s largest aluminium producers. Rusal has ties to Australian resources in the form of a 20% stake in Queensland Alumina Limited, a joint venture with Rio Tinto, which gave the Russian company access to alumina, a key ingredient in missiles.

Rumours that Deripaska would face sanctions here have finally come to fruition, despite being on the US list since 2018 and in the UK since March 10.  All this builds to the impression that in Australia, involvement with big resource companies means a reprieve from sanctions until the last possible moment.

After huge pressure, the government has decided that Putin’s close associates were simply too toxic continue operating in the country. Exactly how Falcon Oil and Gas and Queensland Alumina Limited, not to mention Origin and Rio Tinto, are able to extract themselves from their sanctioned investors and partners is still yet to be seen. What is clear is that in Australia involvement with major resource companies, and their relationship with the government stays the hand of justice, in the short term at least.

Falcon Oil and Gas and Minister of Resources and Water Keith Pitt were contacted for comment and failed to respond. 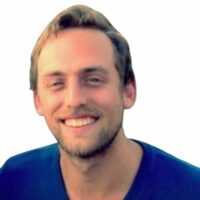 Kurt Johnson is a writer and critic working with climate, conservation and the post-Soviet sphere. He has written one book on the continuing influence of the Soviet Union, entitled The Red Wake.