A new study by Queensland University of Technology’s Kerry Sadiq and Bronwyn McCredie finds that those companies paying more tax actually provided shareholders with a larger return on their investment.

Treasurer Scott Morrison is quick to spruik the shareholder benefits of cutting corporate tax rates further, as the usual logic goes that if a corporation pays less tax, shareholders should get a greater return.

But in a recent pilot study, we found companies that paid a greater percentage of their sales or revenues as tax, provided shareholders with a larger return on their investment both as dividends and share capital growth.

We looked at dividends, share price returns and income tax data of ASX200 listed companies from 2012 till 2017. We found that a higher percentage of tax paid by a corporation correlated with a higher return on investment for shareholders in the form of dividends. We also found that share prices were more likely to increase.

Clearly, factors besides tax may have influenced these results. However, the fact that shareholders appear to achieve greater returns from corporations which are less aggressive tax planners and pay a greater percentage of tax is reason to pause.

Why more tax and more returns

Perhaps the most obvious explanation for these findings is Australia’s dividend imputation system. This means company tax paid in Australia is ultimately refunded to shareholders. It also means that the motivation for companies to lower the tax they pay may not be as pervasive an issue as it is under other countries’ corporate tax systems.

Another explanation for our findings could be that external regulatory and public pressures mean that companies and their shareholders recognise the need to pay tax as a social responsibility. People’s attitudes towards aggressive tax planning by corporations have changed significantly since reports of corporate tax scandals and leaks such as the Panama Papers. This is coupled with the OECD’s program designed to address corporate tax avoidance along domestic tax reform measures, which began mid-2013.

Our findings come at a time when we are seeing calls for a reduction in corporate tax rates. The IMF recently announced that its revised growth forecasts were partly attributed to the expected impact of the recent US tax policy changes. Under new law, the US federal corporate tax rate has been reduced from 35 per cent to 21 per cent.

Australia’s corporate tax rate for entities with a turnover of less than A$25 million in 2017-18 is 27.5 per cent and for all others remains at 30 per cent. The government wants to introduce tax cuts for larger corporations which would ultimately see all companies paying corporate tax at a rate of 25 per cent.

A comparison of the statutory tax rate, specified by law, also does not tell the full story. In March 2017, the US Congressional Budget Office released a comparative study of global corporate tax rates, also comparing average corporate tax rates. It reveals that the average US rate is more like 29 per cent while Australia is already significantly below that rate at 17 per cent.

As the US Congressional Budget Office explains, corporations tend to consider the average corporate tax rate when deciding to undertake a large or long-term investment in a country. This is because it’s this rate that reflects a country’s tax preferences for business and legal tax planning strategies. In contrast, the statutory corporate tax rate is more of a concern for multinational corporations wishing to shift profits from a high tax country to a low tax country.

Our findings suggest that shareholders may not receive greater returns from corporations which pay less tax. A reduction in the corporate tax rate is likely to lead to a further reduction in the effective tax rate and taxes paid as a percentage of sales or revenues.

Our pilot study indicates that shareholders at least may not benefit from such a reduction. Corporations paying their “fair share” of tax may potentially be regarded favourably by shareholders, in much the same vein as environmental and governance concerns. So we shouldn’t assume that corporations paying less tax is good for shareholders in Australia.

Bronwyn McCredie is a lecturer at the QUT Business School, Queensland University of Technology.

The article is republished from The Conversation with permission. 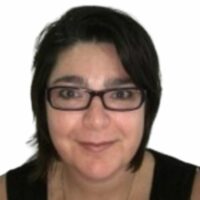 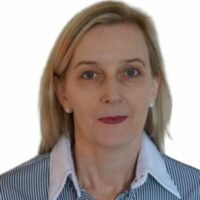 Kerrie Sadiq is a Professor of Taxation in the School of Accountancy at the QUT Business School, Queensland University of Technology, Australia, an Adjunct Research Fellow of the Taxation Law and Policy Research Group, Monash University, and a Senior Adviser to the Tax Justice Network (UK).