Frankly, they should keep this thing rolling indefinitely. Its value to public debate, indeed to the public revenue, is inestimable. There is no doubt the sheer publicity will have already shamed multinational corporations and other big avoiders into paying more tax. Eventually billions will be reaped as the world’s largest corporations resile from the spectre of rising reputation damage.

The inquiry has put a rocket under top officials at the Tax Office too.

The inquiry has put a rocket under top officials at the Tax Office, too, and it has exposed the most egregious tax dodgers: the likes of Google, Apple, Microsoft, News Corp, Glencore, BHP, Rio Tinto, oil majors such as Chevron, and the suite of global drug companies operating here (already sweetly subsidised by the Pharmaceutical Benefits Scheme).

As the report notes, a light has been shone on the major ruses: “avoidance of permanent establishment, excessive debt loading, aggressive transfer pricing, and the use of tax havens”.

Moreover, it has led to reform. Urged on by the Greens and Labor – and retreating from ludicrous claims like its piece de resistance “transparency for wealthy private corporations will lead to kidnapping” – the government has finally acted.

Last year it enacted transparency measures for both multinationals and wealthy private companies. Last week it announced it would lower the “thin capitalisation” threshold which allows companies to claim tax deductions on overseas debt. 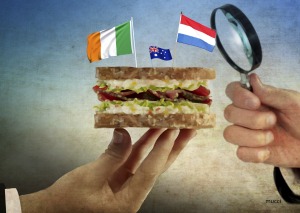 Yet there remains much to do. While the second interim report elaborates nicely on the obfuscation of the Big Pharma before the Inquiry, and sheds more light generally on the ploys of avoidance, no new anti-avoidance measures are recommended.

There is perhaps a political element to this, namely that the major parties are loath to “up the ante” on tax policy before the federal election. Labor has a stronger policy than the Coalition. It at least is calling for the “thin cap” threshold to be lowered to the debt-to-equity level of the offshore parent.

This means, for instance, that a multinational headquartered in London may only hold 20 per cent gearing at head office level but 60 per cent in Australia (in order to claim tax deductions here on its huge debt, reduce its profits here and therefore reduce its tax liabilities, while funnelling profits to London).

The Greens’ position is more expansive still. It is calling for enforcement measures and public registers to be kept of beneficial ownership and tax settlements, and for a register of shell companies to extend to trusts.

Arising from the work of the Senate, there is now a decent understanding in the political arena of the sly tactics – the debt deals and the “Double Dutch Irish Sandwiches” and so forth – which multinationals deploy to skive out of tax.

However, there is yet to be a decent grasp of a central obstruction to reform; namely the 40-odd double tax treaties (DTT) with other countries which facilitate avoidance, and what to do about it.

Multinational tax avoidance is not just the result of regulatory inertia and corrosion of corporate ethics but also of the framework of global rules (Australia’s domestic tax laws and how the application of those laws are limited by the 40 plus double tax treaties we have signed).

Reform would be far more simple were these DTTs – taxing rights which allow companies not to be tax twice in two different jurisdictions – not in place.

Such taxing rights between signatory countries are allocated in favour of the home rather than the host country in every case. This is why the Australian revenue is being done over.

Google for instance, in running its billions in Australian advertising revenue through Singapore, may be claiming DTT protection by contending those billions are not connected to a “permanent establishment” in Australia; likewise eBay with Switzerland.

There has been much talk about “artificial” debt and the stripping out of profits with interest payments; but this is arguably allowed under our domestic laws and assorted DTTs. Even if we raised the interest withholding tax to 30 per cent, our DTTs would all have to be renegotiated because they limit it to 10 per cent.

Sadly, the process of multinational tax reform espoused by the OECD is doomed to fail. As Rod Houng-Lee, the former head of tax for PwC in Asia, told Fairfax Media last year, the OECD campaign assumes the interests of G20 nations are aligned. They are not. Why would the US government want its corporations to pay more tax in Australia, or the UK or Europe? If a multilateral solution therefore is nigh impossible, unilaterally dismantling 40 DTTs one-by-one is surely no easier. Hence Houng-Lee, and other leading independent voices on the subject, despair a coordinated approach is fraught and the best solution is transparency.

The Senate report rightly embraces transparency. One other thing lacking though is a recognition of the role of the “Big Four”, that is Ernst & Young, PwC, KPMG and Deloitte, in orchestrating tax avoidance globally. The Big Four may reasonably argue they act within the law (mostly), but so does Mossack Fonseca. All five structure aggressive schemes for their clients through tax havens. The difference is that Mossack Fonseca is smaller and does not pontificate to governments on tax policy.