In land of flooding rains, we still don’t give our biggest river system the care it needs The two agencies charged with protecting our water lack the will and expertise to properly manage the market in water trading in the Murray-Darling Basin. A regulator with the powers and tools of ASIC is needed to investigate and control what has become a multibillion-dollar financial market, write Scott Hamilton and Stuart Kells.

The final report was damning. One of the key findings: there were ‘scant rules governing the conduct of market participants, and no particular body to oversee trading activities in fair and efficient markets.’

Keogh told a group of farmers at the Shepparton golf club on April 29, 2021 that there is ‘minimal regulation of water market intermediaries, resulting in irrigator confusion and conflicts of interest.’ Bad behaviour such as insider trading and market manipulation ‘are not adequately regulated.’

The ACCC concurred with our own findings (in our new book Sold Down the River) on how water barons and global water traders had extracted more than $100 million a year out of the Basin. Page 190 of the ACCC report explains, for example, ‘Three of the large investors had agribusiness arms and were able to leverage knowledge of irrigated agriculture from their groups’ respective agribusiness portfolios.’

The investors often transferred water between water accounts, including within an IIO [Irrigation Infrastructure Operator], to move some allocations to the trading zones with a higher demand and price prior to sale. They also involved moving water between different trading zones separated by the Barmah Choke of the Murrumbidgee and the Goulburn intervalley trade restrictions.

Gobsmackingly, tactics such as market manipulation, insider trading, front running and other market behaviours that are illegal in most commodity market are permitted in water trading.

So apart from some relief with rains and floods, what has been going on since Treasurer Frydenberg got this report?

The global players have continued to boast about their exploits in Australia’s water market. In August 2021, for example, MWM journalist Callum Foote reported on the American chair of Duxton Water, one of the biggest water barons in Australia, boasting about the ‘beautiful’ structural imbalances in Australian water. ‘Supply and demand imbalances which are so perfect, you couldn’t make a better story,’ the chair said at an investor meeting.

High-security water entitlements reached $8000 per million litres during the last drought and the traders were caught on tape aiming for prices as high as $30,000 per million litres. They looked forward to price spikes and windfall gains when mass almond tree plantings matured and water scarcity peaked.

Some incremental steps have been taken to improve regulation of water markets. In October 2021, for example, the Victorian government passed what is colloquially known as the ‘Eddie McGuire clause’, which delivered on calls from irrigators for the largest water owners to be published on the Victorian Water Register.

There had been mischievous rumours that McGuire, as well as other celebrities, politicians and socialites, were buying and hoarding water. The mischief had serious consequences: reports on commercial radio claimed Maguire’s children had been threatened at school, for trades their father had nothing to do with.

Part of the problem with Australia’s water market is the governance and ‘catcher, gamekeeper’ problem. Two agencies tasked with water market oversight – the ACCC and the Productivity Commission – have produced a string of self-referential and self-protecting inquiries into the water market. Those two agencies lack the will and expertise to look fulsomely at the financial market that water trading has become. A regulator with the powers and tools of ASIC is needed to investigate and regulate what is now a multibillion-dollar financial market.

On October 25, 2021, the federal Minister for Resources, Water and Northern Australia, Keith Pitt, appointed Daryl Quinlivan as the ‘independent principal adviser’ to develop a water reform roadmap for the Murray-Darling Basin. Quinlivan was secretary of the federal Department of Agriculture from 2015 to 2020 and was previously head of office at the Productivity Commission. He is also the NSW Agriculture Commissioner.

‘Farmers in the Cootamundra electorate have today gained a formidable fighter in their corner,’ said Nationals state MP Steph Cooke.

In his December 2021 report on progress, Quinlivan proposed admirable new commitments to water market reform, including:

Quinlivan must fight against politicians who are intent on kicking the reform can down the road. Quinlivan said individual state government agencies had improved how they presented data in their own jurisdictions, but a Basin-wide approach was needed to address data and transparency issues. ‘That is one of the highest priorities of this roadmap,’ Quinlivan said in a February 2022 progress update.

Across the Basin jurisdictions, there is in-principle support for regulating water brokers in the ways we regulate real estate agents and financial professionals. Member for Murray Helen Dalton, of the Shooters, Fishers and Farmers Party, speaking to Declan Rurenga of The Area News, Griffith: ‘We definitely need a mandatory code of conduct for water brokers, to repeal all grandfathered tag entitlements and to have clear federal laws that ban insider trading and market manipulation’.

Commonwealth legislation on water market behaviour governance and integrity is still very much a ‘work in progress’, or perhaps even a twinkle in the Treasurer’s eye. Like so many other integrity issues, it is in the too-hard basket. But now is the time to act. Water is abundant, tempers have been cooled, and greater attention is being applied to the complex challenge of balancing the competing uses of water and our river system. Waiting till the next drought might seem easy, but it will make reform many times harder.

Scott Hamilton and Stuart Kells are the authors of ‘Sold Down The River’ (Text Publishing). 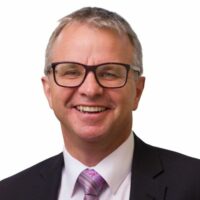 Scott is an author, researcher and policy advisor in the renewable energy and water space. He is co-author of the best-selling investigation Sold Down the River.