How much did your doctor get from Big Pharma? Much medical research is incomplete or wrong. The participation of drug companies in sponsored research and continuing education for doctors whereby the results of research are communicated to them demands healthy scepticism. Stephen Leeder says: “Forget the dog: make 2018 the Year of the Sceptic”.

Part 1
Statin Wars: The Secret Data.
The call to action is growing louder and with it, the pressure is mounting on the CTT Collaboration to respond, not with criticism, but with data.https://t.co/7yyDsvs9eW via @MichaelWestBiz #statins pic.twitter.com/umyodHfQNI

All science is provisional so be sceptical!

Research frequently leaves much to be desired. Cochrane, a collaboration of 53 review groups with 30,000 volunteer reviewers, sifts published research, discarding much that is wrong in the process. Recently Richard Horton, editor of The Lancet, and John Ioannidis, an eminent epidemiologist, claimed that half of all published research is erroneous. Horton explained in a that “in their quest for telling a compelling story, scientists too often sculpt data to fit their preferred theory of the world.”

Richard Harris’s book, Rigor mortis: how sloppy science creates worthless cures, crushes hope, and wastes billions, records that America spends 30 billion US dollars annually on biomedical research. Much, with hastily devised, poor design, improper methods and/or sloppy statistics, is wrong. Harris gives an example of 900 publications on a cell which was thought to be a breast cancer cell; it was not.

Editors, reluctant to publish negative outcomes, favour positive papers, attracting readers who cite them, and elevating the journal’s status. Erick Turner and colleagues published an article about this in the New England Journal of Medicine in 2008. They pointed out that, of 38 Federal Drug Administration (FDA)-registered trials of a new antidepressant that was “viewed by the FDA as having positive results”, 37 were published. But of the 36 trials with negative results, 22 weren’t published, and 11 were published in a way that “conveyed a positive outcome”.

In a recent BMJ article, the authors quoted results from a survey about how people saw clinical trials. They spoke with citizens and GPs. Both were asked if they believed the results of new drug trials. Most in both groups did not believe them, more so the GPs, and the GPs were especially sceptical of pharmaceutical company-sponsored trials.

Observe the piper critically, and listen sceptically to the tune

With regard to the way doctors keep up to date, Ray Moynihan, a vigilant crusader against publication bias due to commercial sponsorship, in a Sydney Morning Herald article in July 2017 drew from a recent BMJ article by Lisa Bero from Sydney and Alice Fabbri and colleagues, to demonstrate the extent of pharmaceutical sponsorship underpinning continuing professional education for doctors. There is evidence that sponsorship alters doctors’ prescribing behaviour.

The extent of sponsorship was revealed by an investigation by Fairfax of data from Medicines Australia.

Medicines Australia releases big pharma data: Did your doctor get a share of $8.5 million?. https://t.co/9TVcY6DYuS

Medicines Australia balances advocacy for therapeutic innovation with transparency about who gets paid for what. It has a code of conduct that took effect in May 2015 that requires “reporting of payments and transfers of value to individual healthcare professionals.” For example, it records that from October 2011 to September 2015, Westmead Hospital held 1,858 education sessions for doctors events, sponsored to the extent of $630,000.

So not only do we have a publication preference for positive trials but when the results of research are communicated to doctors this is often done with pharmaceutical sponsorship.

Research, as former University of Sydney philosopher Ron Johnstone said, is the competitive generation and dissemination of new knowledge. There are no second prizes. Competition is intense – for grants, being first to publish and to accumulate a curriculum vitae in support of career advancement. Such competition tests weak spots in our ethical armour. Commercial pressures can push in the same direction. What can be done?

It helps if we understand the motivation of those supporting continuing education. This does not preclude sponsorship continuing but it should be clear what’s in it for the piper. In addition, we need to remain vigilant and sceptical about the tune. It would be wonderful if research could be untethered from its current role as the currency of academic preferment, allowing more reflective and less hasty writing about new results.

Stephen Leeder is an emeritus professor of public health and community medicine at Sydney University and Westmead Hospital. He edits the International Journal of Epidemiology.

This article was published in Pearls and Irritations and is republished with permission.

To Big Pharma: Give us the data and we’ll give you the unvarnished truth 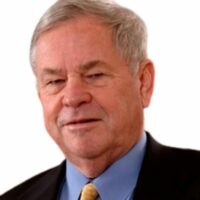 Stephen Leeder is an emeritus professor of public health and community medicine at Sydney University and Westmead Hospital. He edits the International Journal of Epidemiology.