Monopoly delivered on a platter 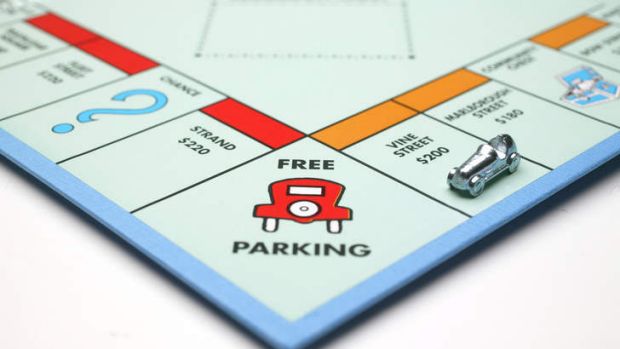 Markets ought to be about competition. To quote historian Niall Ferguson, they should ensure the survival of the fittest, not the fattest.

Here in Australia though, we have the quintessential example of Marxist/Leninist state monopoly capitalism, the Australian Securities Exchange.

Having won its dominance in the vital markets of banking and finance, big business has now evolved precisely to the point where it has fused with the apparatus of government.

This financial markets monopoly has not evolved through the Darwinian process of capitalism. Rather, it has been permitted to arise by continual regulatory concessions and the favourable decisions of government.

All this has been glossed over by our organs of propaganda.

And so it was that there was not a whimper of debate when the government recently introduced a retail bond market and did not bother with a tender.

There was no talk of competition. This latest market franchise, this privatised government asset, was simply awarded to the ASX on a platter.

Incidentally, Commonwealth bonds begin retail trading on Tuesday. It is a great idea. It should have happened ages ago. It is good for investors, who won’t have to pay a middle man, and it is good for liquidity. It is also good for the ASX, which is best placed to run it and will no doubt do a fine job. But that is not the point of the story.

The point is that monopolies stifle innovation. And they increase costs to the end users, in this case all of us: both general investors and fund managers.

While it was enjoying this latest largesse (marginal costs near zero, trading and settlement income straight to the bottom line), the ASX quietly bumped up its fees for the second year in a row.

Listing fees for big companies have just shot up another 19 per cent. They can get away with it as Chi-X is a token competitor in trading, but ASX still has listing, clearing and settlement to itself.

New chief executive of Chi-X John Fildes was quoted last month saying the cost of clearing was 65 times higher in Australia than the US.

It is even possible to have a stab at the dollar value of this gift from the state to the ASX on behalf of the investing proletariat.

From a recent report of the Council of Financial Regulators – a sort of market politburo where the comrades from Treasury get together with the comrades from the three regulators, APRA, ASIC and RBA – it can be deduced that introducing competition in clearing equities would deliver cost savings to industry in the order $15 million.

”Competition in clearing has been almost exclusively a European phenomenon,” notes the report, ”with the primary driver being greater integration of European markets. Some stakeholders questioned whether this experience was relevant to the Australian context, particularly since European markets are significantly larger in aggregate than the Australian market. Given that the total revenue from cash market clearing earned by the incumbent, ASX Clear, was $46 million in 2011-12, a 30 per cent reduction in clearing fees [which is not implausible, given the experience in Europe] would yield aggregate direct savings for the industry of around $15 million.”

As always, countervailing the arguments for competition, efficiency and cost savings was the old ”costs of regulation” chestnut. More market players equals more work for regulators.

While the technocratic arguments against competition are inevitably sophisticated and arcane, in the public arena the state monopoly simply deploys scare tactics; fear of the unknown chiefly. Politicians and media are warned of the sinister threats from ”dark pools” and high-frequency traders.

If you have ever wondered why Australia, despite its world leadership in the export of coal and iron ore, does not offer a derivatives contract in these commodities – these are but two commodities for the sake of example – it is because years of state monopoly capitalism have stifled innovation.

The likes of Singapore and Hong Kong got the regional jump on us. And now, thanks to the report mentioned here, the party comrades are acknowledging that there may be a financial cost, too, and that is just in clearing.