It doesn’t come as a surprise that Labor’s plan for the NBN starts with a full-blown technical and financial review of the NBN, as announced yesterday morning by the Shadow Minister for Communication, Michelle Rowland. Paul Budde, one of the world’s foremost telecommunications management and business consultants, reports.

IT IS impossible to produce any good strategy for the future of the NBN without a thorough review of the current financial and technical situation of the NBN. Furthermore, the shadow minister announced that any further development of the NBN will be built on top of the current NBN — no 180C turnaround as happened when the Coalition took over the NBN plan from Labor in 2013. If elected, this approach will first bring stability to the NBN. Based on the review, a range of options are going to be investigated such as the financial situation of the NBN company; technical options such as the upgrade from FttN to FttC; splitting up the company; privatisation; and so on.

In parallel, the plan is for NBN Co to start a range of pilots to see what is involved in upgrading the network from FttN to FttC. So far, the work on FttC has been concentrated on using it as an alternative technology for the HFC roll out. Obviously, these outcomes will also be taken on board in the review and could have a major impact on the outcome of the final plan on how to move the NBN into its next stage.

Around the globe, the outlook over the next decade for fixed telecoms networks in developed economies is that by 2030, 80 to 90 per cent of fixed networks will have been upgraded to FttH and FttC.

While wireless can play a role in the plan, it will always be a minor role as, in the end, the economics for mass market broadband services favours fixed networks.

At the same time, if elected, a Labor government claim they’ll immediately address some of the ongoing problems such as the lack of uptake of the Internet in general. Over a million people – mainly elderly – are not connected to the Internet and a program has been announced to investigate this problem that should result that more people in the group getting connected.

This project could be linked to another important initiative that was announced around affordability. A Labor government will direct NBN Co to provide a low entry, affordable broadband package into the market. Recent changes in the wholesale price is squeezing a low-end package out of the market and this will be disastrous for the many people that can’t afford the higher speeds packages.

This is not the first time that these issues of access and affordability for certain groups in our population have been addressed. Some serious changes in strategy are needed to solve this problem. Just another education exercise will not deliver any different result. If the social and economic benefits to the country are such that it is important that all Australians need to have access to the NBN, then over time we might even need to consider making access to the NBN free of charge — at least to certain groups of the population. Increasingly, people will rely on Internet access when looking for jobs, obtain social services and a range of healthcare, education and government services. The cost savings to the country of these people having access to the Internet would be very significant. These new initiatives from Labor might be the first step in such a direction.

Finally, $125 million will be set aside to solve some of the persistent  cabling inter-reference problems within people’s homes that has a devastating effect on the quality of their broadband services. The NBN Co indicates that this is not their problem and the ISPs take a similar stand. To break through the impasse, the plan is to make money available to NBN Co to fix these problems.

In all a balanced plan, the most important part is the review but it is also good to see that some of the immediate problems are tackled as well. The fact that the Coalition has indicated it looks like their plans might indicate that we get some bi-partisan support for the future of the NBN.

Paul Budde is one of the world’s foremost telecommunications management and business consultants. His expertise lies in his ability to analyse the telecommunications, internet, e-commerce and broadcasting markets, and to identify major business trends and developments in the digital, sharing and interconnected economy.

Paul’s extensive market knowledge, global network and strategic business advice can assist organisations and industry sectors to transform themselves, enabling them to take advantage of opportunities created by the digital economy.

Paul Budde: Is this the NBN cost-benefit vindication? 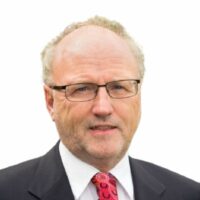 Paul Budde is one of the world’s foremost telecommunications management and business consultants. His expertise lies in his ability to analyse the telecommunications, internet, e-commerce and broadcasting markets, and to identify major business trends and developments in the digital, sharing and interconnected economy.