The Northern Territory government has caved in to liquor lobby pressure and imperilled the health of First Nations People by approving a Dan Murphy’s Darwin mega-store for Woolworths and lifting the licence cap for Coles. The community will pay the price with their health, write Professor Lesley Russell and Dr Jeff McMullen. Will this be Woolworths’ Juukan Gorge moment?

The Northern Territory has a serious drinking problem. Alcohol consumption per capita in the Northern Territory is among the highest in the world, estimated at 11.6 litres of pure alcohol per year. The Australian average is 9.5 litres and the OECD average of 8.8 litres.

The per capita costs and harms of alcohol consumption in the NT are also the highest in the nation. In 2015-16 the health and social costs were estimated by the Menzies School of Health Research at $1.4 billion a year, four times the national average. This included $100 million for health care; $58 million for road accidents; $272 million for crime; $171 million for child protection.

Excessive alcohol consumption is linked to cancer and obesity and drinking while pregnant can lead to foetal alcohol spectrum disorder (FASD) with effects on learning and behaviour that last a lifetime. Research indicates that levels of FASD are significantly higher in the NT than elsewhere in Australia.

When Chief Minister Michael Gunner and his Labor Government were elected in 2016, they earnt considerable praise by putting in place initiatives to tackle alcohol harms. These included policies to reduce the supply of alcohol – by “managing the availability, accessibility and convenience of alcohol supply” – and to reduce harm to individuals and the community by influencing safe drinking choices and “drinking environments”.

Inexplicably, five years on, the NT Labor Government has given the go ahead to a Dan Murphy’s megastore in Darwin, two new Coles outlets in Palmerston, and takeaway alcohol sales in the Tiwi Islands community of Pirlangimpi. It is a major policy reversal and overturns a five-year moratorium on new liquor licences.

The NT’s independent Liquor Commission rejected in September 2019 Woolworth’s application to build the Darwin store, saying the store would increase the availability of liquor for “problem drinkers”, exacerbate “anti-social behaviour” and pose a risk for pedestrians. The Territory Civil and Administrative Tribunal rejected Woolworth’s appeal of this decision in December 2019.

But less than two months ago, in November 2020, the NT legislature rushed through a bill to cut red tape and speed up approvals of liquor outlet applications, suggesting that the economy needed a boost after the affects of Covid-19. Then in December, a single public servant, the Director of Liquor Licensing, approved the four controversial licences.

Woolworths and Coles know there is staunch opposition to their plans. Steve Donohue, the managing director of Woolworths subsidiary the Endeavour Drinks Group, has said:

“We absolutely acknowledge the current levels of alcohol-related harm in the NT and the disproportional impact that this has on the Indigenous population.”

Nevertheless, the corporate response is to push ahead with a publicity campaign, arguing that it will listen to the community objections and somehow control the flow of grog.

Their efforts at community consultation do not align with the “working together” community partnership claims on the company’s website. After persistent warnings from Indigenous health organisations, Woolworths acknowledged the growing opposition by announcing its own panel review in November (ahead of the final decision from the Director of Liquor Licensing).

This will be independent to the extent that it is headed by Danny Gilbert, a respected lawyer and advocate on Indigenous issues who is also Chair of the Business Council of Australia. But at the same time, Woolworths has also hired Craig Jones of RREDD, whose previous clients include many of the biggest mining companies seeking access to Aboriginal lands.

At stake are, on the one hand, the huge social costs from the increased availability of alcohol, especially for Indigenous communities, and on the other hand, the commercial interests of large corporations. The expected profitability of these investments is indicated by the relentless five-year battle that Endeavour Drinks Group, which operates the Dan Murphy’s franchise, has fought to get its way and build one of the biggest liquor outlets in the nation – and the opportunistic eagerness with which Coles has joined in.

It’s hard to believe that whatever these new outlets will contribute in terms of jobs (expected to be minor) and beleaguered Treasury coffers will offset the $1.4 billion plus in social, health and policing costs.

There is particular concern for what this new grog outlet will mean for the three dry Aboriginal communities – Bagot, Kulaluk and Minmarama – that are within walking distance of the proposed Dan Murphy’s in Darwin. Indigenous leaders have led the opposition to the megastore, fearing the health and social consequences.

But alcohol harm is not limited to Indigenous communities. The overwhelming evidence that alcohol, tobacco and obesity contribute massively to growing health burdens and healthcare costs has led to the formation of a Coalition of high-profile community, health and Indigenous groups calling on Woolworths to abandon its plans. An open letter signed by these high-profile advocates was sent to the Northern Territory Government and to the Woolworths board last November.

A second open letter, signed by 45 leaders of Aboriginal and Torres Strait Islander and community organisations, was later sent to Woolworths chairman, Gordon Cairns, appealing to him as “the only person left with the power to stop this store from going ahead”.

“This is our home. The people whose lives your bottle shop threatens are our loved ones — our families, friends and neighbours. We have been working together to create a stronger, healthier and more resilient community. Would you really undermine all that for the sake of extra profit?”

In the eyes of many there is a strong resemblance between what is happening in Darwin and Rio Tinto’s destruction of the Juukan Gorge cultural site. Both David and Goliath situations that put profits ahead of Indigenous rights, they highlight the inadequacy of government protections. As the Never Again report from the Parliamentary Joint Standing Committee on Northern Australia said, “Rio Tinto knew the value of what they were destroying but blew it up any way.”

Time is short to stop Woolworths from proceeding with their plans; it is time to let the corporate bosses know that the health of people must come before profits. If we are silent, as most people were before the destruction of Juukan Gorge, the end result in the Northern Territory will not be a single, devastating blast but rather a slow, debilitating poisoning of Territorians’ health and wellbeing and yet another example of the overriding of Indigenous voices and rights.

Dr Jeff McMullen AM, is a journalist, author, film-maker, Patron of the Australian Indigenous Doctors’ Association and Ambassador for NOFASD. 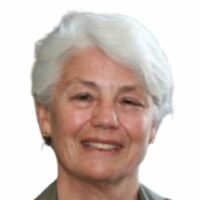 Dr Lesley Russell is an Adjunct Associate Professor at the Menzies Centre for Health Policy and a Non-Resident Expert at the United States Studies Centre at the University of Sydney.