Julian Assange: A Court of Star Chamber — cruelty beyond belief Interior of the Star Chamber was an English court of law that sat at the royal Palace of Westminster until 1641. (Image licenced by (illustration per © 123RF.com)

In the 15th century, King Henry VII of England established a Court of Star Chamber. Operated by Privy Counsellors and judges, it developed a reputation for arbitrary power leading to cruel and unusual punishments.There was no due process and no rights of appeal for the accused. Professor Stuart Rees reports.

Publisher, whistleblower, journalist Julian Assange has been the victim of a 21st century Court of Star Chamber operated by media intent on smears, by politicians not wanting to offend Washington and by opponents who decided on hearsay that they knew the consequences of the WikiLeaks cables, what he did in Sweden, how he behaved in the Ecuadorian Embassy. A week ago, Kristinn Hrafnson, editor in chief of WikiLeaks, flew from Iceland to address the National Press Club in Canberra about the extradition proceedings against Julian Assange. In common with Nils Melzer the UN Special Rapporteur on Torture and 60 doctors who have expressed serious concern about Julian’s health, Hrafnson said he worried that Julian would die in prison.

Assange’s offence, for which he faces 17 charges under a US 1917 Espionage Act is to have exposed US war crimes in Iraq and Afghanistan.

He is in solitary confinement, jailed in a prison which specialises in the containment of murderers and individuals convicted of terrorism offences. Denied the means of preparing for the legal case against him, part of the revenge-type punishment (nothing to do with law) has been to cut him off from the outside world.

The fight for Julian Assange’s freedom depends in part on repudiating the stereotype labels placed on him, as in the view that he is strange, even dangerous and with personal habits different from those of supposed normal people.

Scott Morrison is a leading stereotype promoter. He mouths the platitude that justice must take its course and that Assange must face the music. That “justice” has included the “we-always-know-best” arrogance of the British government and judges who want to make an example of Assange and deter anyone who might challenge the abusive power of a sovereign state.

Another platitude which politicians use to explain why they are not demanding the release and return of citizen Assange is that in Australia we abide by the tradition of not interfering in the affairs of another country. That is a lazy, robot-like excuse. It is also a massive hypocrisy.

Australia had little hesitation in joining a Coalition to invade Iraq. We applaud the US support for protesters in Hong Kong. We stood by the Bahrain footballer Hakeem Al-Araibi, criticized the Thai military government for imprisoning and shackling him and identified the vicious brutality of the regime in Bahrein. The Australian Government has protested the incarceration of Uighur people in so called re-education camps in north west China and the slaughter of protesters in Iraq and Iran.

But when it comes to Australia’s patrons the US and UK, Julian Assange is left to “face the music” and rot in Belmarsh prison.

Julian’s father John Shipton, with the support of Greg Barns and Aloysia Brooks, has been encouraging journalists and politicians to speak on behalf of his son. Significant journalists, Phillip Adams, Mary Kostakidis, Mark Davis and Kerry O’Brien have supported Julian. Federal politicians Andrew Wilkie, George Christensen, Richard Di Natale, Barnaby Joyce and others, plus former Foreign Minister Bob Carr have taken a lead in saying this injustice must end. At their own expense, Wilkie and Christensen propose to visit Julian in Belmarsh.

But why isn’t there an avalanche of politicians declaring that the cruelty to Assange must end ? What else do privileged, comfortable, well paid politicians need to need to know as they journey home to celebrate the spirit of Christmas?

A cue as to why the political support for Assange should be magnified overnight was given on 7 December in Labor leader Anthony Albanese’s address to the Chifley Research Centre Conference.

Albanese said, “We’re the party of social justice.” He criticized the Coalition Government because

“It won’t support the freedom to protest.”

“Labor stands with Australia’s journalists and the Right to Know Coalition in their united campaign to defend and strengthen press freedom.”

He would protect whistleblowers, expand their protections and the public interest test. He demanded,

In addition to telling the Chifley Conference, “We don’t need a culture of secrecy, we need a culture of disclosure”, he could have added, “We need to show courage by refusing to comply with the demands of powerful bullies. We need to know that justice is not some empty slogan.”

Albanese’s dismay at misinformation generated by technology companies should include criticism of Court of Star Chamber judgements. If the Labor leader wants to restore faith in democracy and in politicians, he could start by supporting the civil liberties of Julian Assange.

There’s a dismaying irony in the cowardice that accompanies indifference to cruelty. Australian politicians may fear that if they speak out, their reputations will receive the same treatment as Assange: smeared by the Murdoch media, criticized by some self-important scribes who have claimed that Assange despite his several international awards for journalism is not one of them.

Most MPs would claim to be interested in human rights. Such interest requires them to take a stand on principle and not be troubled if they happen to offend powerful operators in the UK and the US.

Henry VII’s Court of Star Chamber was eventually abolished. Collusion with the US and UK cruelty towards Julian Assange must also end. This is a political persecution which demands political solutions. 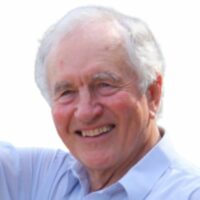