The Prime Minister has announced another shakeup of the nation’s vocational education and training (VET) sector — the fourth iteration since 1990 of an “industry led system”.

“It is no wonder when faced with this, many potential students default to the university system, even if their career would be best enhanced through vocational education.”

“I want those trade and skills jobs to be aspired to, not looked down upon or seen as a second-best option. It is a first-best option.”

Just how bad is the system? The OECD finds that 83% of all 25 to 34-year-olds who have a Certificate III are employed — one of the highest rates of employment across the OECD. Completion rates for all levels of study in VET average 49% overall and 59% for diplomas. The completion rates for apprenticeships is 55% and traineeships 58% VET caters primarily to adults and enrols a far higher percentage of students from disadvantaged backgrounds than do universities.

By comparison, the OECD says completion rates of a Bachelor’s degree program within the expected usual time-frame is a low 34%. Meanwhile, the employment rate for graduates is 85%, slightly higher than VET rates, but at a much greater cost to the community. Universities receive $11 billion in funding annually while VET receives $4.1 billion.

Just eight per cent of undergraduates are enrolled in key innovation growth industries of Information and Communication Technology, manufacturing, engineering and construction, which is a lot lower than the OECD average.

The massive expansion of the university sector by the federal government in the hope of creating a more highly productive workforce has been a failure. Even before the pandemic hit, Australia was heading for a recession with low levels of productivity and low wage growth. So we blame the underfunded and ideologically damaged VET system for the woes of the economy.

The reputation of vocational training has taken a huge hit over the past decade, as a result of the disastrous VET FEE-HELP scheme designed by the Commonwealth, which opened up the way for widescale fraud, and the inclusion of numerous for-profit training providers focused only on profit. The Prime Minister complains about the difference in student fees on a state-by-state basis. This is a direct result of opening up the sector to for-profit providers who gouge government funding and students for maximum profit.

The Prime Minister’s comments also do a disservice to the hundreds of thousands of students who have graduated from VET and are employed. VET graduate outcomes are remarkable, especially given that Australia has no industry policy and that training institutions don’t have sound labour market information on which to base the range of courses they offer.

That said, VET is in need of urgent reform. Its curriculum focuses on entry level qualifications and is based around the assumption that people are preparing for specific jobs in primarily blue-collar employment. The evidence is that these jobs are in decline. VET curricular does not include core skills such as literacy, numeracy and basic digital competence, which are critical not only for occupational mobility, but also for further study.

In a middle-class society, to be an attractive destination, tertiary education has to provide clear pathways to further study. In 2015 researchers from the University College London undertook a survey of year 12 students in England regarding their attitudes towards apprenticeship and work. They found that 56% of respondents were “very interested” or “quite interested” in starting an apprenticeship if it were likely to lead to higher education. On the other hand, some 73% of respondents were “not at all” or “not very interested” in an apprenticeship if there was no pathway to higher education.

In high-performing OECD countries, the VET system has a direct pathway for students from one level of education into higher education. It does this through applied education.

Australia has exceptionally high levels of graduates trained theoretically, a large concentration of low-skilled workers and a dearth of intermediate-skilled workers. In a 2018 federal government survey of more than 120,000 graduates, 39% of all undergraduates employed (full-time and part-time) and 27% of graduates in full-time work said their jobs did not allow them to fully use their skills or education.

The growth industries in Australia include architecture, building, engineering, business, health, and education and training — key enrolment areas of vocational education and training. These industries will require intermediate skills, especially as standards are raised and supervisory and management personnel become increasingly important. Many VET graduates who are already working in these areas now require access to higher education — applied higher education that is directly related to their employment.

To achieve better outcomes, the reform of vocational education and training has to start at upper secondary education and ensure that graduates from VET can access entry into an applied university as well as gain work.

As a comparison, upper secondary education in much of the OECD has twin tracks — a professional stream and an academic stream and both begin in Year 11.

Consider the fact that in Australia, many students complete Year 12 and then have to undertake a Certificate II in a pre-apprenticeship or an apprenticeship/traineeship at the Certificate III level. This means students are going backwards educationally. Under a twin track system, this problem would not occur.

Also, the Certificate III courses that form a significant percentage of VET enrolments are classified by the European Union and New Zealand as upper secondary education, not higher education. Again, students who study these courses after finishing Year 12 are going backwards educationally.

The mantra of an industry-led system has not and will not capture the imagination of the Australian public. Strengthening connections between all the education sectors and developing a clear industry policy is vital to creating an aligned system. Similarly, policy makers need to understand that Australia cannot continue to financially deprive one sector of education and expect it to be able to make something new from nothing. That is plain stupidity.

Australia needs a strong post-secondary education system. Vocational education and training is under-resourced and ideologically damaged. The starting points for reform need to be with its curriculum and connection with upper secondary education. Employers, employee organisations, and educators together with government need to work cooperatively so that our education sector can contribute to efforts to transition our economy. Policy warriors and slogans are unhelpful. 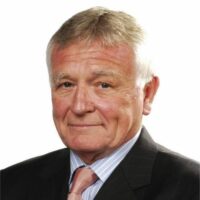