Are former PM John Howard’s ill-gotten Kyoto credits about to be played out again? Experts ridicule PM Morrison’s claim that his government will meet its Paris target “in a canter”. Will he resort to the poisoned chalice of Howard’s land clearing fiddle and risk global condemnation? Sandi Keane takes us back to Howard’s 1997 Kyoto conjuring trick to remind the punters how they were conned.

THE HORROR year of 2019 has begun with fish kills, floods in Queensland and Tasmanian and Victorian bush fires. According to the UN’s announcement yesterday, the last four years were the hottest on record (dating back to 19th century) and temperatures off the charts look to be the trend.

Australia was one of almost 200 countries to adopt the Paris climate agreement in 2015. Ministers in the Coalition’s denialosphere continue to claim we’re on track to meet our Paris commitments. Defence Minister Marise Payne is the latest.

“Australia is on, track, as we know, to meet our targets.”

Australians don’t appreciate bendy messages from governments that border on lies — unless Morrison is foolishly planning to pull a rabbit out of the hat using old, unused Kyoto credits. It’s estimated that the carry-over credits amount to nearly half of its 2030 goal. If that’s the case, yes, we’d meet our Paris target “in a canter”. But at what cost to the government’s international credibility? How would this go down with the punters in the lead up to a federal election?

While the Morrison government spins its wheels on climate action, a flurry of independents have leapt into the space vacated by a succession of Coalition PMs and even taken the climate fight up to Tony Abbott’s seat of Warringah and Josh Frydenberg in Kooyong. Most heartening of all is the relevantly new entrant to the climate arena —Australia’s youth. With street marches, school strikes, appearances on Q&A and social media, these young Australians will make climate action front and centre of this election campaign. Morrison would do well to remember that the Australian Youth Climate Coalition boasts over 150,000 members – more than all other Australian political parties put together ­– and many of them will be voting for the first time, come May.

The rise of illiberalism under PM John Howard

Up until Howard’s prime ministership, the Liberal Party had a long history of environmental stewardship. It was the Liberal Party’s Sir Robert Menzies who signed the Antarctic Treaty and established the CSIRO. Malcolm Fraser rescued Fraser Island from sandminers and Premier Sir Rupert Hamer’s impressive environment legacy included the Environment Protection Authority and creation of Melbourne’s famed green wedges.

Howard squandered that legacy by dismantling those liberal values. Under Howard’s leadership (and since), environmentalism came to be seen by neo-liberals as the “slippery slope to communism”, threatening free markets with costly regulations and “green tape”.

Howard’s crowning achievement was to walk away from the Kyoto Treaty in 1997 with an agreement to “increase” emissions and a con trick to avoid any action on global warming — credits for land clearing (courtesy of Labor Premier Wayne Goss). Remember George Brandis’ “lying rodent” and Shane Stone’s “mean and tricky”?  That’s how the rest of the world came to view the infamous “Australia Clause” used by Howard to get Australia off the hook on emissions reduction.

Here’s how the Kyoto credits con job played out

In the lead-up to Kyoto, public support for climate action was strong. A Nielson-McNair poll showed 90 per cent of Australians were either “concerned” or “very concerned” about global warming; 79 per cent felt we should sign a treaty to cut emissions; and 68 per cent said economic pain should not stop the signing of such a treaty.

In response to public concerns, vested interests both here and in the US stepped up their campaign to discredit the science of global warming and the governments of both countries – responsible for the world’s highest per capita GHG emissions – rolled over.

Right up until the last weeks before Kyoto, Howard had accepted the principle enshrined in pre-Kyoto agreements of mandatory targets solely for the wealthy countries. But big money can buy big favours. The world’s biggest polluters convinced the US and Australia that similar reductions should be sought from developing countries.

So, to derail negotiations at Kyoto, alone among other developed countries, Howard took with him key lobbyists from the mining industry. Australia’s about-face on mandatory targets was met with hostility, but no surprise, after officers of the Department of Foreign Affairs and Trade and the Australian Bureau of Agricultural and Resource Economics (ABARE) had toured the world ­using research paid for largely by vested interests to lobby for a special case for Australia because of its dependence on fossil fuels.

In an eleventh hour bid to restore some credibility, Howard used his legendary rat cunning to hit on a trick that would con the rest of the world and appease his party’s major donors. He’d demand “land use” be included in emissions calculations.

Howard’s stroke of genius thanks to Wayne Goss

Ignored by the government until then, a greenhouse inventory showed that emissions from land clearing were around 20 per cent in 1990 — the expected base year for the Kyoto Treaty. What really piqued Howard’s interest was that land clearing had been in rapid decline since.

Howard’s “land use” credits con trick was sheer genius. Here’s how it worked:

In the late 1980s, up to 500,000 hectares of land in Queensland were cleared every year. But after a 15-year campaign by the Wilderness Society, supported by the public, the new Goss Labor government signalled that, after 1991, permits would be needed to clear native bushland. Unsurprisingly, in 1990, land clearing reached a record 765,000 hectares, as huge bulldozers using chains were unleashed on a massive scale.

The historical Kyoto Protocol base year was set at 1990.  The arithmetic was a no-brainer.

By insisting land use emissions be included in the calculation, Australia’s total greenhouse gas emissions could be miraculously reduced by doing diddly-squat and pave the way for the big polluters to increase theirs. Emissions from fossil fuels rose by 35 per cent in the fourteen years from 1990 to the federal election in 2004.

Since then, even the Newman government’s overturning of Beatty’s ban on large-scale clearing has made little impact on the massive stockpile of credits from 1991.

It was the lowest point in the sorry history of the Coalition’s shirking of its responsibility to act on global warming. Australia would do zip and there was nothing the rest of the world could do about it.

Other major countries such as Germany and U.K. have now cancelled their Kyoto carryover credits. At the same time, concern about global warming by Australians has reached a five year high (increasing to 78 per cent, up from 66 per cent in 2017). Would Morrison risk the global condemnation that would ensue should these ill-gotten credits be revived? What would our kids think?

What do Australia’s youth think of the potential use of Kyoto credits?

A School Strike 4 Climate Action spokesperson left us in no doubt what they thought about using the Kyoto credits poisonous chalice to meet our Paris target.

“This is just another example of politicians turning their back on climate change and young people’s futures. Our government is using loopholes to make it look like we are acting on climate change when in fact they are in cahoots with the coal industry, happy to let Adani dig the largest coal mine in the Southern Hemisphere and Australia’s carbon emissions are rising.

“The majority of Australians want our government to act urgently on climate change yet our politicians prefer to play games with our future and bury their heads in the sand.

“We will make sure that climate change is front and centre of the federal election in 2019. If you’re not acting on climate, you’re not fit to govern.”

Meanwhile, after several unanswered emails, we’ve joined the queue of frustrated media awaiting confirmation from Environment Minister Melissa Price whether the government will or will not employ John Howard’s old accounting fiddle. Labor is sitting on the sidelines and, likewise, remains stumm on the subject.

As the kids (many of whom will be voting for the first time in May) say:

(1) The environment minister’s office confirmed post-publication of this article a report in The Australian on 21 December 2018 that the Morrison government will, indeed, use these highly controversial carried-over Kyoto credits to meet its Paris target. So, thanks to Labor Premier Wayne Goss’s decision to dramatically reduce land clearing in 1991 – the year after the Kyoto accounting base year of 1990 – Morrison, like Howard, gets a free ride to meet our targets. According to the environment minister, the 2020 target will be beaten by 294Mt. For the decade to 2030, using Howard’s Kyoto accounting fiddle, cuts of only 328Mt are needed instead of 695Mt. Meanwhile our emissions continue to rise……

(2) Tens of thousands of students across Australia and around the world will be striking for the climate on 15 March. Adults taking a day off to strike in solidarity are welcome too. More details here.

Sandi Keane is our editor-in-chief and was formerly editor and environment editor at Independent Australia. 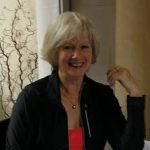 She has also conducted corporate investigations, principally into the energy and media sectors. Her investigation into the anti-wind lobby and Waubra Foundation was used to support Labor’s Clean Energy Bill, thus, making it into Hansard.

Sandi holds a Masters degree in Journalism from the University of Melbourne.

Describing herself as a “Twitter tragic”, Sandi has tweeted for ABC’s Lateline as well as the Melbourne Writers’ Festival. You can follow her on Twitter @jarrapin.