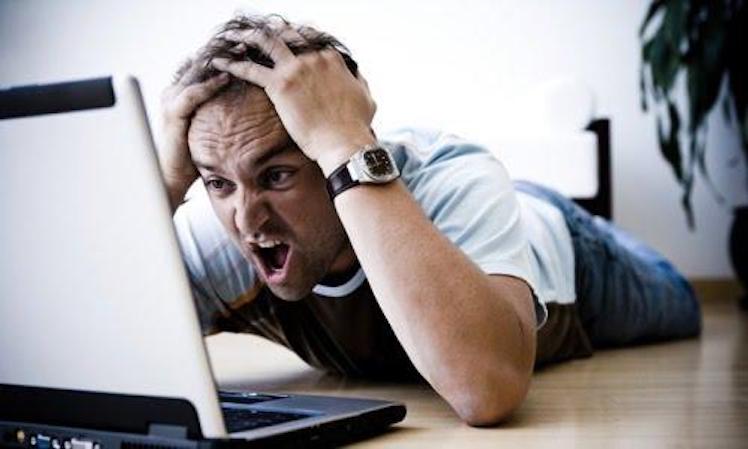 The Coalition’s botched NBN is not just a costly technological failure, but a policy debacle that has cost Australia’s taxpayers billions of dollars, as well as contributing to the severe devaluation of a whole industry. Kim Wingerei reports.

ON WEDNESDAY, 5 February 2015, the Telstra share price reached $6.47. It is the closest it ever got to the “T2” share price of $7.80 in October 1999 — the second tranche of the Telstra sell-off by the Howard Government. Two weeks later, after that 2015 peak, Telstra announced the retirement of CEO David Thodey, to be replaced by Andy Penn. Today the share price is $3.86, having dipped as low as $2.57 (June 2018) during Penn’s somewhat tortured tenure.

It would be harsh to compare Penn to Thodey on the merits of the share price only but their approaches to the role of CEO have been diametrically opposite. Penn has focused his attention on what (institutional) shareholders want to hear — albeit he‘s yet to deliver on many of those promises. In contrast, the affable Thodey was strongly and publicly focused on customer service and the results showed in strong improvements in Telstra’s customer service rankings during his time in charge, as well as better profits and a raising share price.

Andy Penn’s Telstra has not scored well on any of those measures and anecdotally Telstra’s service is once again on par with an industry notorious for a distinct lack of customer care. But in Penn’s defense, his term as CEO of Telstra has coincided with the roll-out of the National Broadband Network (NBN) — a policy and execution disaster that will take decades for the telecommunications industry to recover.

The history of the NBN is well known – from what was a truly nation-building idea drafted on the back of an envelope (or was it a napkin?) by Kevin Rudd and then Communications Minister Stephen Conroy – NBNCo was established in April 2009.

Ten years and much political interference later, it is still several years away from completion, over budget and well behind on initial revenue estimates.

Most of the debate (and the interference) has centered on the technology choices. It is not my purpose to dwell on that here, suffice to say the result of the debacle is a hybrid access network that falls a long way short of being nation building, future proof or world leading. Quite the contrary. From my writers den in Ubud, Bali, I can report a much faster and stable internet connection than I usually experience back home in Australia.

Mostly overlooked, and maybe more important – tragic even – is the business model that the NBN has foisted upon an already beleaguered industry. As the network owner and essentially the monopolist (through heavy-handed regulation) telecommunication service providers have little choice but to buy a “plain vanilla” service for the same price as everybody else, and resell it to consumers under the illusion of differentiation. With over 180 resellers to choose from, it’s akin to choosing shampoo in a super market aisle,  the only difference being the colour and shape of the bottle. (It is, isn’t it?)

In reality, the main differentiator is price in a race to the bottom that puts unrelenting pressure on NBNCo to deliver services at the lowest possible price. As NBNCo enters its annual price talks with service providers this month, it is unlikely to change.

But it gets worse. Because of the way the NBNCo “hands over” its service to the resellers, it is technically not responsible for the customer service experience. The reseller, on the other hand, does not have end-to-end control over the service either. Consequently, customers are so often caught between the promises made and the realities of a fundamentally flawed system of fulfillment and delivery, being shifted between wholesaler and retailer, both shunting responsibility.

These two factors – unrelenting price competition and the inability for resellers to provide better customer service – combine to drive operating margins down for all the participants in the industry, reducing profits which in turn hampers innovation.

From Clever Country under Hawke and Keating to…

$51 BILLION for the world’s worst broadband!@AustralianLabor are you paying attention?! https://t.co/w4kGsx6k5i

And although we like to think of telecommunications as a utility – like electricity, gas or water, a buy-and-forget” kind of service – it is anything but. The average household now has dozens of devices (phones, computers, tablets, gaming consoles, televisions, alarm systems and an ever growing plethora of “smart” devices) that all rely on a steady stream of bits and bytes. When something goes wrong, we want service, and we want it now.

That complexity may be part of what AGL discovered when they suggested buying Vocus – Australia’s fifth largest telco – to integrate it into their utility business model. Like several suitors before them, one week of looking under the hood of a fiendishly complex business built on dozens of acquisitions they struggle to integrate, AGL ran away.

Incidentally, the proposed offer for Vocus would have valued the business at around $3 billion. Since they walked away, Vocus’ market capitalisation has dropped down to $ 2.07 billion — a far cry from its peak of $ 5.61 billion in May 2016.

It’s a similar story with TPG — another one of our five largest telecommunications companies, its value has dropped $ 3.6 billion from its peak in August 2016.

Between them, Telstra, Vocus and TPG has dropped more than $38 billion in value from their peaks over the last four years – or 41 per cent – during a period when the ASX 200 gained 15 per cent (from February 2015 to today).

Over the same period, Singtel’s share price, of which our No. 2 telco, Optus, represents a significant chunk, has dropped 36 per cent. (Vodafone Australia completes the top five but is indirectly listed by a closely held entity with minimal trading volumes so valuation data is not similarly relevant.)

By comparison, top US telecommunications stocks have performed either on par with or better than the share index over the same period, and it is a similar story with most European telco stocks.

In a world where demand for telecommunications services continues to grow, where technology innovation is not just totally dependent on good data delivery, but fueled by it, Australia is lagging behind on every measure.

It cannot all be blamed on the NBN, though. Many would argue the problems started when the Howard government ignored all industry advice and ACCC recommendations to separate Telstra’s infrastructure and retail businesses – or at least force it to divest from its cable assets – when creating Telstra as a publicly-listed company. Those decisions have also contributed to the NBN, once a great idea but butchered in execution, ending up as a dysfunctional quagmire, stifling a whole industry and losing billions of taxpayer and shareholder dollars.

Add the $51 billion that the NBN will cost (minimum) to the $38 billion in lost shareholder value for which it is partly to blame, rather than a “nation builder”, the NBN is a $90 billion national travesty.