Cutting government services to pay off government debt post the current pandemic is not a necessity but rather a political and ideological choice. History has shown that if we focus on full employment and the real economy, the budget will take care of itself. Economist Warwick Smith reports.

During this week’s parliamentary debate about the $130 billion JobKeeper legislation, Anthony Albanese said:

“We are headed for a trillion-dollar debt. It is a bill that will saddle a generation.”

If this dangerous thinking is allowed to dominate both sides of the narrow political divide in Australia over the next few years, then we will see unnecessary hardship and loss of life inflicted on the Australian people.

This misguided thinking comes from the notion that the federal government is like a nationwide household and that if we spend too much now, we, as a nation, will have to tighten our belts in the future to pay for it. This may make intuitive sense but much of the true nature of money is not intuitive.

Paying attention only to money and debt often causes people (including economists) to lose sight of the real economy. The real economy is the production and distribution of goods and services. Our material standard of living at any particular time depends almost exclusively on the goods and services we are able to produce (and purchase from overseas) at that time. Is it possible for future generations to send goods and services back in time to pay for the current COVID response expenditure? Of course not, that’s a ludicrous suggestion.

When we forget about the money and think about the production of goods and services, intuition tends to guide us well.

OK, so if we focus on the real economy and forget about the money for a minute, what are the real future consequences of spending now to support businesses and households? The fewer businesses go broke now, the quicker the recovery and the more rapidly we can get back towards full employment. The closer we get to full employment (and the full use of our infrastructure, factories, equipment etc) the more goods and services we can produce and the higher the material standard of living we can have.

So, what about the trillion-dollar debt then?

We have a very clear historical precedent we can use to shed light on the impact of debt and on the choices that lie before us. The highest level of government debt Australia has ever had was accumulated during World War Two. This debt, 120% of GDP, would be equivalent to a debt today of well over two trillion dollars. If Anthony Albanese and Josh Frydenberg are right about the current debt burden, then post-war generations must have really struggled under that debt burden, right?

As it turns out, the opposite is true. The twenty-five years following WWII are often referred to as the post-war boom. We had strong economic growth, high wage growth, rapidly increasing material standards of living and falling inequality. During this period governments of both political persuasions ran near constant modest deficits and the level of government debt to GDP fell sharply. 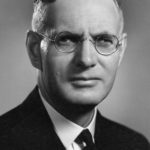 From Australia’s century since Federation at a Glance, Australian Treasury.

The 20th century’s most influential economist, John Maynard Keynes, said “Look after the unemployment and the budget will look after itself”. In the twenty-five years following WWII, unemployment in Australia averaged 2% and, as noted above, government debt to GDP fell sharply, despite governments continuing to run deficits.

“Look after the unemployment

and the budget will look after itself”

The same could be true in the recovery from the COVID-induced recession if only our politicians could understand it.

Falling debt to GDP while governments run deficits, could occur because the combination of economic growth and inflation saw the economy outgrow the debt. The debt was never really paid off but the Australian economy was fully employed and was producing enough goods and services to provide Australians with increasingly higher standard of living. 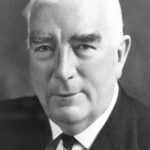 As I’ve discussed elsewhere, Menzies very nearly lost the 1961 election because unemployment was creeping up towards 3% as a result of reduced government expenditure.

Menzies, chastised by the result, immediately adopted Labor’s policy of intentionally running a deficit in order to reduce unemployment — and it worked.

The dangers of austerity

If we adopt the attitude currently dominant in both Labor and Coalition party rooms that this debt is a burden that must be paid off, we will have the opposite outcome. This could entail implementing so-called austerity policies, lifting taxes and/or cutting government expenditure in an effort to pay off the debt. Both increasing taxes and cutting government expenditure remove money from the non-government sector, right when they need it for the economic recovery.

Cutting government services, including health, mental health, education, research, environmental protection and more in order to pay off government debt will inevitably result in higher unemployment, worse health outcomes and worse economic outcomes. We know, both from sound economic theory and from the lessons of history, that we don’t need to focus on paying off the debt. This means, if we do suffer as a result of government debt repayments, that we are doing so as a political and ideological choice, not out of necessity.

Instead, we should focus on full employment and on the real economy and let the budget take care of itself.

A different version of this article was published yesterday by 10Daily. 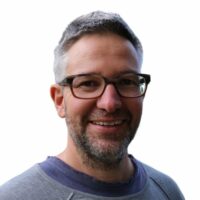 Warwick Smith is co-founder and economist at the Castlemaine Institute as well as an honorary fellow at Melbourne University’s School of Social and Political Sciences and a research fellow at Per Capita. His research interests include the history and philosophy of economics, inequality, gender economics, employment, economic development and climate change.