The rescheduling of Victoria’s Grand Prix, following its Covid cancellation last year, has again put the spotlight on urban racing events including Supercars 500. While governments continue to spruik the supposed economic benefits, the lack of transparency around these events simply highlights an endemic culture of cronyism. Christine Everingham and Patricia Johnson investigate.

State governments continue to push car racing events as a tourism strategy that brings huge benefits for state economies. While the visitor numbers themselves are extremely unreliable, what is never included in the conjuring up of the miraculous figures is the huge costs these events put on taxpayers and the local community.

Vast amounts of public money fund these events. Public land is alienated from public use for long periods of time. Local small businesses and residents suffer negative economic and environmental impacts and the supposed benefits from tourism are never validated.

Urban motor racing events are a prime example of the subterfuge of major event promoters in the name of the visitor economy. The Grand Prix, in Melbourne’s Albert Park, is probably the most well known. According to Save Albert Park, which is still protesting against the take-over of local parklands after 25 years, this event has cost Victorian taxpayers more than $1 billion since being “pinched” from Adelaide in 1996.

Supercars has adopted a similar modus operandi, although as a private corporation it doesn’t have to reveal its costs.

In both cases, overnight visitor expenditure is calculated with reference to the race attendance figures, which are issued by the promoters. Promoters are not required to count the number of people who actually attend. Community protest groups have shown that these figures are highly inflated and even the mainstream media regard the figures with suspicion. Nevertheless, government tourism agencies use them to justify the vast expenditure of public funds.

For example the Newcastle Herald revealed that there was a significant discrepancy in the attendance figures provided by Supercars for the 2017 event and those obtained from the Telstra data used for the evaluation by the Hunter Research Foundation Centre (HRFC) on behalf of Newcastle council. This discrepancy meant there could have been no more than 77,380 attending the event over the 3 days, yet Supercars claimed 192,241 attended. Further examples of how the attendance figures are manipulated are available here.

The HRFC report into Newcastle’s first Supercars race inflated its economic benefits by 56 per cent, according to a retired University of Newcastle professor. Dr Janet Aisbett said the report had “grossly overinflated” the number of visitors in the city for the race because it had used the weekend of May 19 to 21, 2017, as a baseline “ordinary” weekend, when the number of visitors to the city that weekend had been unusually low due to poor weather.

The Newcastle Herald reported that the HRFC director Will Rifkin, one of the report’s authors, wrote to Dr Aisbett that the May weekend “was not the choice of the HRF Centre. We recommended another date”.

When the Supercars 500 hit the streets of the heritage precinct of Newcastle East in 2017, more than 2000 residents were caught inside the circuit. Some 50% of the racetrack is lined by homes and businesses – less than five metres away from the racing cars. The community protested and set out to discover how this could have happened, given there was no consultation or evidence available to back the promoter’s extravagant claims.

However, because of the level of secrecy afforded private corporations in public private partnerships, it proved a lengthy fight.

Supercars had a commercial-in-confidence agreement already signed with the NSW government when it rolled into Newcastle. Local MPs were not privy to the contents, and locally elected councillors were not informed of the costs. Residents had to rely on freedom of information requests to discover information that was often withheld on the basis of commercial or cabinet-in-confidence.

While information dribbled out over time, Supercars was way ahead, chainsawing trees and re-designing the rustic heritage ambience of Newcastle East into a race track and hyping up the event to stir the public’s pride of place. Newcastle councillors have repeatedly stated that the small number of trees replanted in the Foreshore Park since the mass tree removal for Supercars will create 20 times more usable shade. However, more than 240 trees were removed for the race, yet only 40 Norfolk Pines and 10 Kentia palms have been planted, with the Kentia palms on a median strip in the middle of a road so don’t offer shade to park users.

Urban street racing events require the suspension of environmental and local planning legislation, the Roads Act and any liability for nuisance or compensation for economic loss.

Control of all land within the declared race area needs to be transferred from private landowners and local authorities to a private corporation, in the case of the Newcastle 500 this was Supercars Australia Pty Ltd. The necessary legislation is passed on the pretence that these events are “temporary”, without long term impacts. The Motor Racing (Sydney and Newcastle) Act, passed in Feb 2017, contained all these provisions and was passed with the support of both main parties.

One month before the inaugural event, NSW Health was still seeking information from Destination NSW on behalf of residents. More than 80 Newcastle medical practitioners had signed a letter expressing grave concerns about the impact of noise and access issues on the vulnerable residents enclosed by the circuit.

It takes months to install and take down the extensive infrastructure – alienating public land and disrupting traffic for months every year. Many local businesses suffer economic losses over this period but are unable to claim compensation under the Motor Racing Act.

When the Grand Prix was cancelled just prior to the start of the Melbourne event in 2020, the Australian Grands Prix Corporation reported a loss of $40 million, with the Victorian government contributing $68.3 million for the event that year.  The more invasive of Supercars street events also had to be cancelled during 2020, including the Newcastle 500.

No such economic honesty from the Victorian or NSW governments, who are determined to push ahead with these races. The Grand Prix promoters have been given “the green light’ to run a “Covid safe” event through Albert Park in 2021 and the Newcastle 500 has been resurrected to replace the Adelaide 500 in 2022.

Promoters push for street events primarily to secure advertising dollars. Lucrative deals are done with broadcasters – $200 million over five years in the case of Supercars and Foxtel. The circuit’s fencing around public streets and parks also serves as extensive billboards for promoters to entice the sponsorship advertising that is shared by the promoters and broadcasters.

Unfortunately, the lack of transparency afforded to public private partnerships ensures race promoters avoid any real requirement to prove value for money and it is the perfect cover for an endemic culture of cronyism. 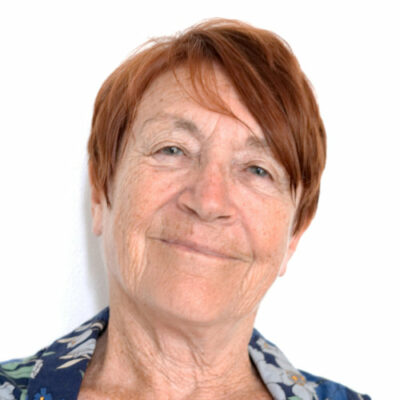 A retired academic Dr Christine Everingham is a long-term member of the Newcastle East Residents Group. She was a lecturer in Sociology at the University of Newcastle, Wollongong University and Macquarie University. Together with Greens councillor Therese Doyle, she investigated the politics behind the staging of the Supercars event, publishing Wrong Track: What Drove Supercars to Newcastle in 2019. She published The juggernaut effect: community resistance and the politics of urban motor-racing events in 2020.