A bill being rushed through federal parliament is raising concerns that the Government is preparing for a militarised response to climate breakdown. Lawyer and human rights advocate Kellie Tranter reports.

The hypocrisy is extraordinary. On the one hand the Coalition Government reluctantly concedes that climate change exists at all and does little of substance to try to counteract it .

Yet on the other hand it is dedicating substantial resources to establish a wide-ranging and powerful authority to tackle what it sees as the perceived threats of disaster from climate change.

A bill being rushed through parliament – the Defence Legislation Amendment (Enhancement of Defence Force Response to Emergencies) Bill 2020 – is raising concerns that the Government is preparing for a militarised response to climate breakdown.

References are made in the document of the need to “prepare for significantly more disaster support operations and potentially operations involving support to the civil power such as policing the population under exaggerated stresses such as food and water security”.

Concerns about a militarised response were heightened when it was reported in September that a new civil defence agency will be housed under the Department of Home Affairs to lead a national response to emergencies such as bushfires, pandemics and large-scale cyber attacks.

And now it has emerged that national security risks sparked by climate change have prompted the Bureau of Meteorology to forge ties with the Five Eyes intelligence alliance and that the Bureau is now part of an international group sharing weather information with an impact on national security.

Last year General Angus Campbell gave a speech in which he warned what the world could expect to see from climate change:

“In about 10 years from now global warming above pre-industrial levels is set to rise by 50%. At 1.5 degrees of warming we can expect more significant impacts. Particularly in regards to oceans, low-lying areas and human health. The poor and most vulnerable will be hardest hit. Livelihoods lost. Food scarce. Populations displaced. Diseases spreading. And this now looks like our best-case scenario.”

It’s time the Government came clean. Is it preparing for an increase of 1.5 degrees of warming by 2030? If so, that has huge ramifications for all of us in terms of food and water security.

The global trend is that countries are preparing for a military response rather than a humanitarian response to climate change and Australia seems to be adopting that same approach.

The official mantra is that this bill amends ‘the: Defence Act 1903 to: streamline the process for calling out members of the Australian Defence Force (ADF) Reserves, including for the purposes of responding to natural disasters or emergencies; and provide ADF members, other Defence personnel and members of foreign forces with immunity from criminal or civil liability in certain cases while performing duties to support civil emergency and disaster preparedness, recovery and response.’

But the rushed time frame of getting this bill through parliament is hugely concerning because it is not an innocuous bill.

It was only introduced to parliament seven weeks ago (3 September), progressed to the Senate on 6 October, was referred to the Senate Foreign Affairs, Defence & Trade Legislation Committee two days later, and has allowed just seven days for public written submissions to be received by 15 October, with the final report to be handed down on 4 November.

In its current form the ramifications of the bill are alarmingly wide-reaching. Its constitutional validity is questionable, it creates the potential for the politicisation of the Australian Defence Force, and it does not enshrine in legislation the non-use of force.

Proponents of the bill have tried to assure members of parliament that this bill does not permit the use of force.

Yet it was reported on 14 August, before the draft legislation was introduced to parliament, that:

“While states and territories would still need to make a request for ADF support, government sources with knowledge of the potential legislation say the changes will make it easier to deploy the military and clearly set out its roles and responsibilities. This would likely include giving defence personnel greater legal protections in the event they have to help police search a property or detain someone”. [emphasis added]

The Bill also fails to properly define ‘other emergencies’. It delegates too much responsibility for the call out to a single minister. It foresees foreign armies and police forces being called in, and extends to them and to local defence forces an unreasonable level of immunity from criminal and civil penalties.

Karen Elphick, from the Laws & Bills Digest Section of the Parliamentary Library, rightly points out in the Bills Digest that: ‘The removal of criminal liability for actions taken in good faith performance of duty while providing certain assistance is likely to have the practical effect of expanding the circumstances in which the ADF can use force when deployed within Australia.’ In other words, if there are no consequences, force will inevitably be used and used more widely.

We saw after the 2019-20 bushfires all along the east coast and into South Australia the desperation and anger of highly stressed communities. What might happen if you throw into such communities ADF soldiers who have been given immunity? The potential for things to go wrong is high.

Instead of taking action to prevent the worst of climate change impacts from happening, the Government is pumping money into agencies to prepare them militarily.

And if the Government possesses information or credible predictions about what’s coming does it not have a responsibility to genuinely reduce emissions and prepare its citizens for all potential eventualities? 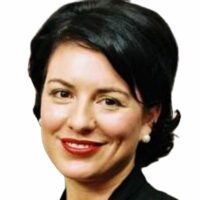 Kellie Tranter is a lawyer, researcher and human rights activist.