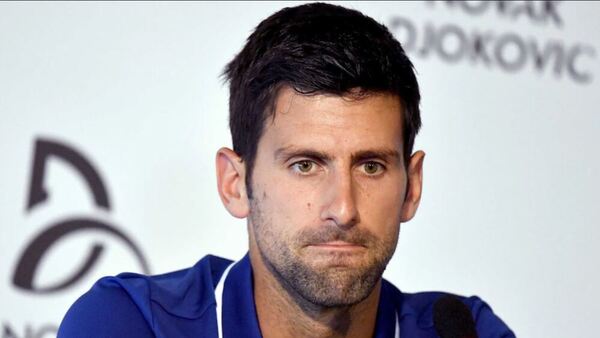 The Morrison government’s campaign to toss tennis star Novak Djokovic out of Australia is an attack on the rule of law and the independence of the judiciary. Analysis by Callum Foote.

The Novak Djokovic case has less to do with the tennis star himself and more to do with politics and how far a government is prepared to push the rules, indeed the independence of the Court, when the legal system is not working just as it would like.

Four things stand out in the government’s campaign to undermine the rule of law:

Only the most ardent acolytes of the Coalition would agree with Prime Minister Scott Morrison’s claim to hold dear to rules. He might have said “rules are rules … no one is above these rules”, but his is a government prepared to subvert rules at any opportunity for political gain.

And it is fair to say that, in this instance, a sacred rule of democracy – that is, the independence of the judiciary from executive government – has come under attack.

To the four key elements:

The minister swap. This is where the first shenanigan occurred.

The federal government’s move against Australia’s judiciary began last Sunday during Djokovic’s last hearing where, after agreeing that the actions of the border force officer were unreasonable, and consenting that so too was the cancellation of Djokovic’s visa, government lawyers informed Federal Circuit Court Judge Anthony Kelly that there would be a “minister-swap”.

In spite of the fact that Djokovic, according to the government lawyers themselves, “satisfied each of the criteria necessary to entitle him to the grant of a visa”, they told Judge Kelly that, instead of the Minister for Home Affairs who had originally issued the visa cancellation, it would now be the Minister for Immigration Alex Hawke who intended to cancel the visa on different grounds.

Akin to “jurisdiction shopping”, this was hardly the behaviour expected of a “model litigant”, which governments are supposed to be; that is, refraining from tricky legal tactics which would undermine the spirit of the law.

Alex Hawke withheld the decision for four days. He is unlikely to have done this without the involvement and instruction of the PM.

These four days allowed the government to “sniff the breeze”, gauge the mood of the public. The nine-times winner of the Australian Open is not a popular figure, compared at least to the likes of a Rafael Nadal or a Roger Federer.

There is little doubt the Coalition’s backroom advisers would have concluded that tossing Djokovic out of the country would play in their favour, enhancing their “strong border” credentials. Xenophobia has always played well politically for Australian governments.

Counter to media commentary, the delay was not due to Djokovic’s lawyers bombarding the government with additional material. In fact, what material they did provide, which was in the form of ATAGI medical exemption guidelines, the minister himself admits he did not even read in his statement of reasons.

The final health advice which the minister received was on Tuesday, January 11.

So why has Djokovic been kicked out of Australia again?

Djokovic has not been booted out of Australia for lying. The reason is that he might incite anti-vax sentiment.

The reason they landed on is that, by being allowed to stay in the country, Djokovic risked inciting anti-vaccination sentiment, and was a “risk to the good order of Australia”.

Djokovic’s lawyers argued that given the Government’s mishandling of the case, deporting Djokovic on the eve of the tournament would more than likely lead to an increased anti-vax sentiment.

The judiciary was prepared for the Morrison government’s shenanigans.

The judges involved in this case have acted outside the normal expectations of their position, which was alluded to by Justice Kelly in the previous hearing.

Kelly was prepared to sit in court, he was this time physically in a courtroom, following his promise last Sunday that he would remain ready in case he was needed to hear further arguments.

For their part, Djokovic’s lawyers requested that the case not be promoted to the Federal Court of Australia, as they feared that the technicalities would take too long to hear given Djokovic might have to play tennis tomorrow morning.

However, this did not deter Justice Kelly, who ordered the case elevated to the Federal Court regardless. Kelly then continued to act in the knowledge that the Federal Court would be ready to take a hearing on Sunday as originally planned.

This suggests that Kelly and the Federal Court had been in communication throughout the week and we’re expecting to have to act quickly.

It suggests that Australia’s judges acted quickly, and in coordination, in order to safeguard against the government minister’s disregard for judicial process.

The Federal Court was to have run a full-court, bringing in three Federal Court judges to adjudicate the matter on short notice. Yet time was of the essence.

The government is supposed to be seen in legal circles as a ‘model litigant’, one who acts honestly and openly and as the standard which all other litigants should observe.

The actions over the past week, the “minister-swap” blind-siding of Kelly, then waiting till the last moment to try and trip up the court proceedings over the weekend, demonstrates that the government has little regard for the process and independence of the three arms of government. Everything is politics.

Meanwhile, the entire saga has also been a terrific distraction for a government in chaos. No doubt, another political tactic.